Crews becomes LSU's first SEC Player of the Year since Raph Rhymes in 2012. 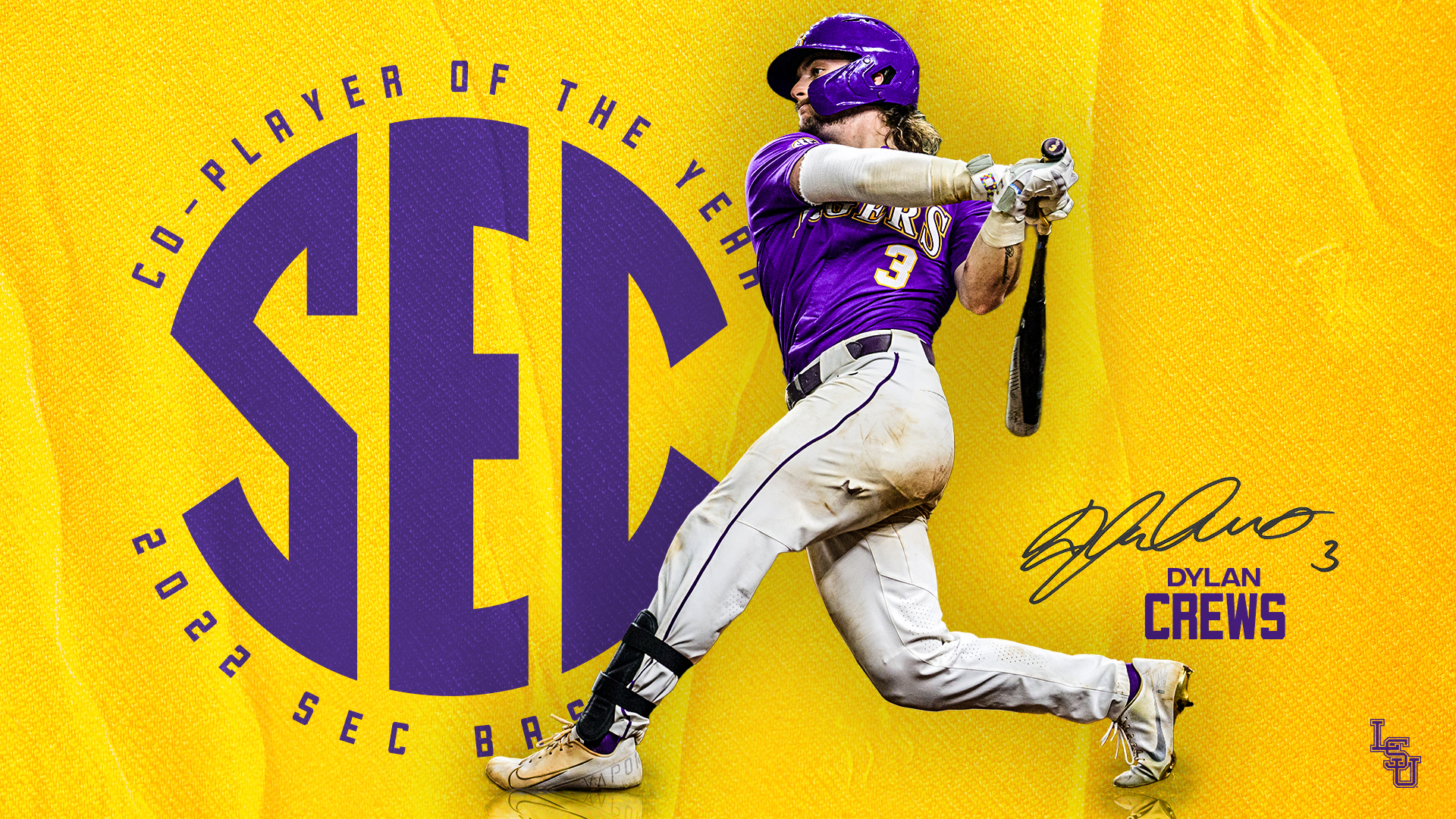 HOOVER, Ala. – LSU outfielder Dylan Crews was named the Southeastern Conference Co-Player of the Year Monday in a vote of the league’s 14 head coaches.

Crews becomes LSU’s first SEC Player of the Year since outfielder Raph Rhymes received the honor in 2012. Former LSU right-hander Aaron Nola was named SEC Pitcher of the Year in 2013 and in 2014.

His 21 homers represent the most by an LSU player since outfielder Ryan Schimpf hit 22 home runs in 2009.

Crews was named by USA Baseball earlier this season to the 2022 Golden Spikes Award Midseason Watch List, and he was voted last week to the 2022 SEC Baseball Community Service Team for his dedicated philanthropic work with special needs children.

Crews was named SEC Co-Player of the Week on May 9 after he led LSU to a series victory at Alabama, batting a remarkable .636 (7-for-11) in the series with one double, three homers, seven RBI and five runs.