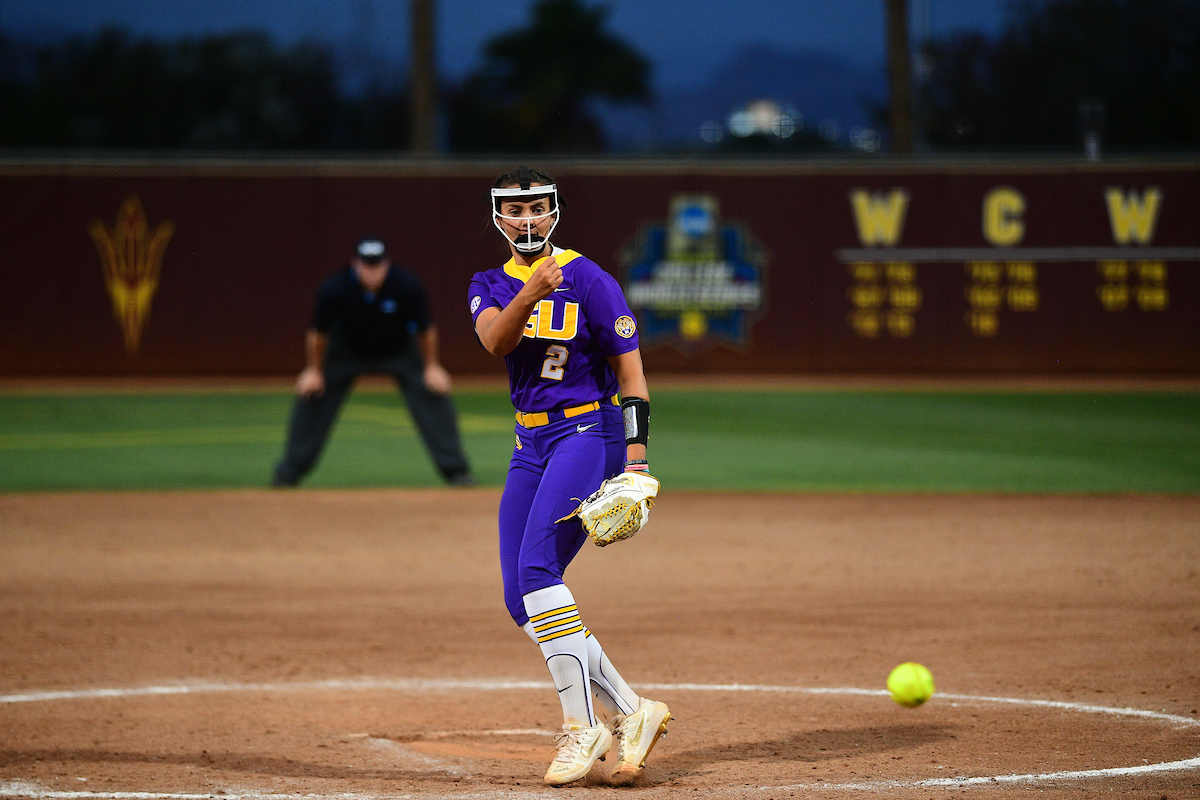 First baseman Georgia Clark registered her 10th multiple-hit game of the season and second of the tournament with a 2-fo-2 performance with two RBIs and two walks to lead the team.

Pitcher Ali Kilponen (18-9) tossed a complete game where she struck out four batters and gave up four hits, three runs, and two walks.

The Tigers jumped out to a 2-0 lead after the top of the first inning. Third baseman Danieca Coffey singled to third and centerfielder Ciara Briggs singled to the pitcher before both runners moved to second and third on shortstop Taylor Pleasants’ sacrifice bunt. Clark followed by driving in both Coffey and Briggs with a single to the shortstop.

The Titans responded in the bottom half inning with three runs on two hits and one LSU error to hold a 3-2 lead after the opening frame.

Neither club scored another run in the game. The Tigers defense allowed only five base runners for the remainder of the contest, but was unable to push across another run despite having five runners in scoring position.

“I just want to thank Arizona State’s staff for running a first-class event. It was really easy to participate in and just be a part of, so we appreciate it and congrats to the teams continuing on. Obviously, this year did not go how we had planned. I think our team is talented, but we just could not overcome some of the distractions and some of the things that happened throughout. It’s not always about talent. This is not where we want to be, or where we plan to be, and we plan to use our off-season to find ways to improve so that we’re not in this spot again. I am proud of a lot of the things this team accomplished this year, some of them not just between the lines, but proud of the things that this team did in our community. They lead our department in things like service hours and things that you may not see in the wins and losses. This team was really special in a lot of ways and I’m proud of our three seniors and what they accomplished in their time. Shelby Wickersham, Jordyn Perkins, and Shelbi Sunseri, who just led our team and was a huge part in everything we did for the last five years.

On the first inning…

“I just feel like that sums up our whole season. How do you bounce a ball off a helmet, and it goes into the dugout for two runs? It feels like what we dealt with all year long. Just bad break after bad break, and I know that you create your own luck so that’s on us, but it summed up the whole year in everything that happened to us.”

On continuing to attack throughout the game…

“I think that’s just LSU softball. You can never count us out of a game. Unfortunately, it didn’t go our way, but you can always count on us to be competing every pitch.”

On her performance tonight…

“I was just trying to trust my stuff and defense. I didn’t really throw my best game, honestly, but I know I’m going to be pushing myself this off season.”