The Tigers earn a three-game sweep in Nashville for the first time in program history, and LSU secures the No. 4 seed for the SEC Tournament. 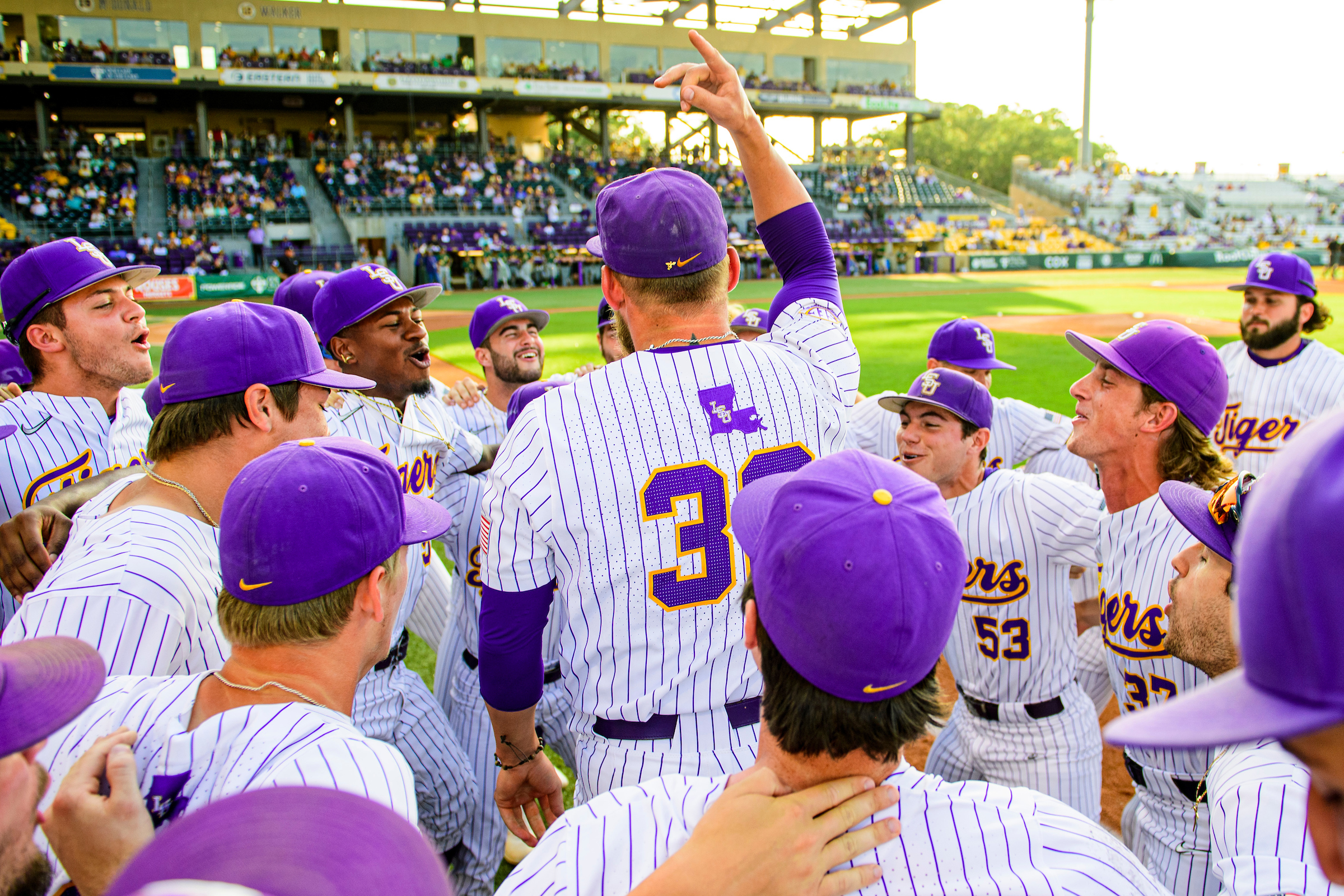 LSU, which swept three games in Nashville for the first time in program history, completed the regular season with a 37-18 overall record, 17-13 in the SEC. Vanderbilt dropped to 35-19 overall and 14-16 in conference play.

The Tigers secured the No. 4 seed for the SEC Tournament and will begin play in the tournament on Wednesday. LSU will play the winner of Tuesday’s game between fifth-seeded Auburn and No. 12 seed Kentucky at approximately 8 p.m. CT Wednesday night in the final game of the day.

Jobert was 4-for-6 at the plate Saturday with a grand slam, a three-run homer and a two-RBI double to pace LSU’s 17-hit attack. His grand slam was the signature blow of an 11-run LSU eighth inning that erased a 9-7 Vanderbilt lead.

“We made some small adjustments this week with Brayden, he went to work with it, and it’s really gratifying to see the results,” said LSU coach Jay Johnson. “It’s allowed him to connect his bat to his strength, and he’s incredibly strong, so it’s been a great week for him.”

LSU right-hander Bryce Collins was credited with the win, as he worked the final 2.2 innings and allowed one unearned run on one hit with no walks and one strikeout.

Left-hander Riley Cooper also delivered a strong relief performance for the Tigers, entering the game in the second inning and limiting Vanderbilt to one run in three innings with no walks and four strikeouts.

Vanderbilt reliever Thomas Schultz (4-2) was charged with the loss, as he surrendered eight runs on five hits in 0.2 inning with one walk and no strikeouts. Schultz’s ERA entering the game was 1.27, and he had recorded seven saves on the year.

Vanderbilt seized a 6-0 lead in the bottom of the second inning, as the Commodores sent 11 men to the plate and delivered eight straight two-out hits, including a two-run homer by rightfielder Spencer Jones.

The Tigers responded with three runs in the top of the third as first baseman Tre’ Morgan smacked an RBI double, and Jobert lined a two-out, two-run double to cut Vanderbilt’s lead in half.

LSU narrowed the gap to 6-4 in the sixth when catcher Tyler McManus launched a solo homer, his ninth of the year.

Jones blasted his second two-run homer of the game in the bottom of the sixth, allowing theCommodores to extend their lead to 8-4.

Jobert, however, unloaded a two-out, three-run homer in the seventh against reliever Nelson Berkwich to cut the deficit to 8-7.

Vanderbilt plated a run in the bottom of the seventh to take a two-run lead, but the Tigers exploded in the eighth inning with 11 runs on seven hits, including Jobert’s grand slam, RBI singles by leftfielder Josh Pearson, second baseman Cade Doughty and shortstop Jordan Thompson, a run-scoring double by third baseman Collier Cranford, a two-RBI sacrifice bunt by pinch hitter Josh Stevenson and a run-scoring single by Morgan.

LSU added three runs in the top of the ninth as centerfielder Dylan Crews belted a two-run homer – his 21st of the season – and McManus provided a sacrifice fly.

“Vanderbilt is the gold standard of college baseball right now,” Johnson said, “and to come in here and sweep them is something I’m really proud of.”

The second game of each session will begin 30 minutes after the conclusion of the first game.