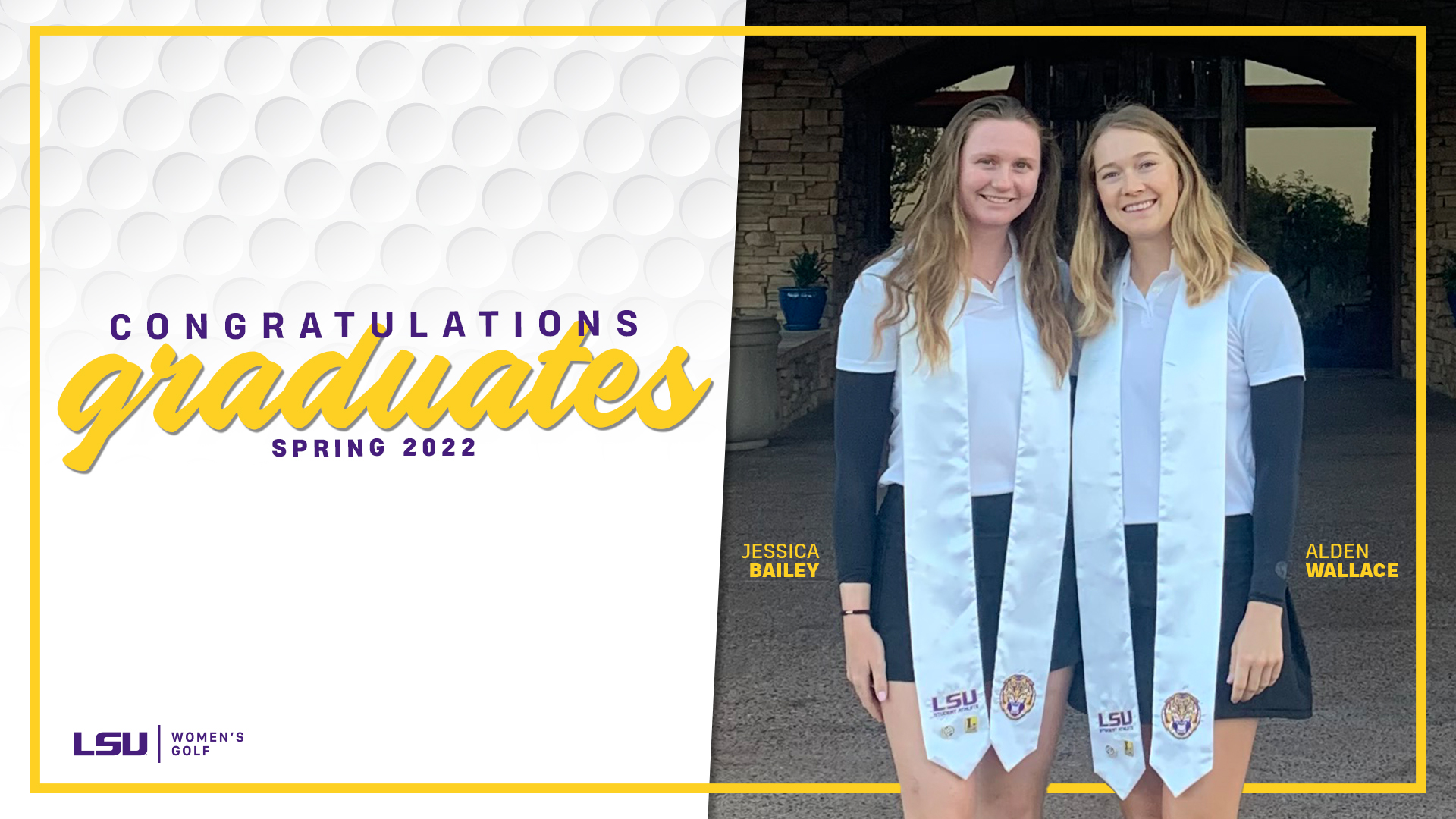 SCOTTSDALE, Arizona – Two members of the LSU Women’s Golf team, who were unable to participate in LSU commencement exercises in Baton Rouge on Friday, got to celebrate prior to the start of the NCAA Women’s Golf Championships here on Thursday when they were presented their graduation stoles.

Jessica Bailey and Alden Wallace both graduated on Friday from LSU with Bailey graduating in interdisciplinary studies and Wallace graduating with a degree in political science.

Bailey, from Leicester, England, is in her second season at LSU. She was a member of the SEC Championship team in April that won the Tigers first league title in 30 years in women’s golf.

Wallace, from Shreveport, Louisiana is in her fourth season of play with LSU, is after the circumstances of Friday, where she placed in the lineup when Bailey was under the weather, has now appeared in two NCAA Championships.