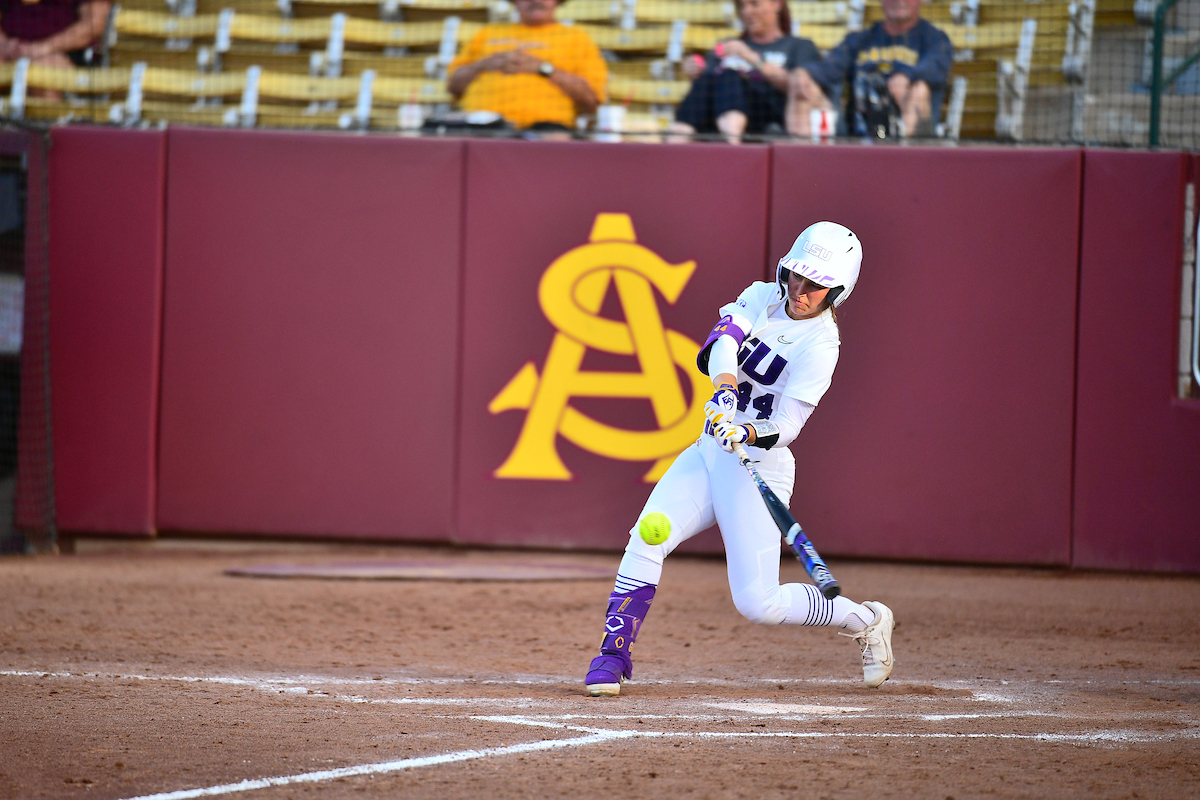 Both teams traded blows to a 5-5 tie through the first three innings before the Aztecs pulled away with five unanswered runs.

Sophomore Ali Newland went 3-for-3 at the dish, including a three-run shot, her seventh homer of the season. Junior Georgia Clark finished the game 2-for-3 at the plate, and sophomore Morgan Smith hit a two-run home run to record her second homer in as many games. Sophomore Danieca Coffey and senior Shelbi Sunseri each logged one hit to bring the Tigers’ total as a team to 10.

Junior Ali Kilponen (18-8) picked up the loss after striking out three batters and allowing five hits and five runs in 2.2 innings pitched. Sunseri saw 3.1 innings of action in the circle and finished with a pair of strikeouts while giving up six hits and five runs. Both pitchers allowed one walk.

The Aztecs struck first with back-to-back solo shots in the top of the first inning to grab an early 2-0 lead. In the second inning however, Newland led off the frame with a single and Smith went yard to tie the game 2-2 through two innings.

San Diego State responded swiftly with three runs on three hits in the top of the third and forced an LSU pitching change, but the Tigers answered again with the long ball – a three-run dinger from Newland to tie the game at five after three innings of play.

In the fourth inning, SDSU pieced together another three-run stanza and retired LSU in order to take an 8-5 lead into the fifth inning. The Aztecs added a pair of insurance runs in the sixth and seventh frames and held off the Tigers’ threat with runners in scoring position in the bottom of the seventh to secure the win.

On the outing for the Tigers in game one…

“We played badly. I mean I don’t know what else to say. We did not play very well. We did not execute. I thought our offense did a good job. We swung well. There were a lot of line drives and things we hit hard. It just didn’t fall for us. Ultimately, we gave their offense too many opportunities. We turned their lineup over and they came to the plate too often.”

“Yeah, she did a great job tonight. She was a good hitter. I mean, she beat us.”

On taking Kilponen out after three…

“I am confident that she gave us everything she had. I’m confident that she gave us her best effort, it just wasn’t her day. It’s easier to go get her when you have somebody like Shelbi Sunseri to follow her who is super talented and has led this staff for a long time. I think you make the move a little quicker here in the postseason when you have somebody like that behind her that you’re confident in as well.”

On playing tomorrow with their backs against the wall…

“One pitch at a time. One inning at a time. I think we just win each moment and whatever happens, happens. I think this is a team that fights, and we fight until the end. That’s exactly what we’re going to do.”

“We came in and did our homework on their pitcher and we did a good job of preparing for her, so we knew what we were getting. I took a couple pitches and then just put a good swing on one and put our team back in the position to do things.”