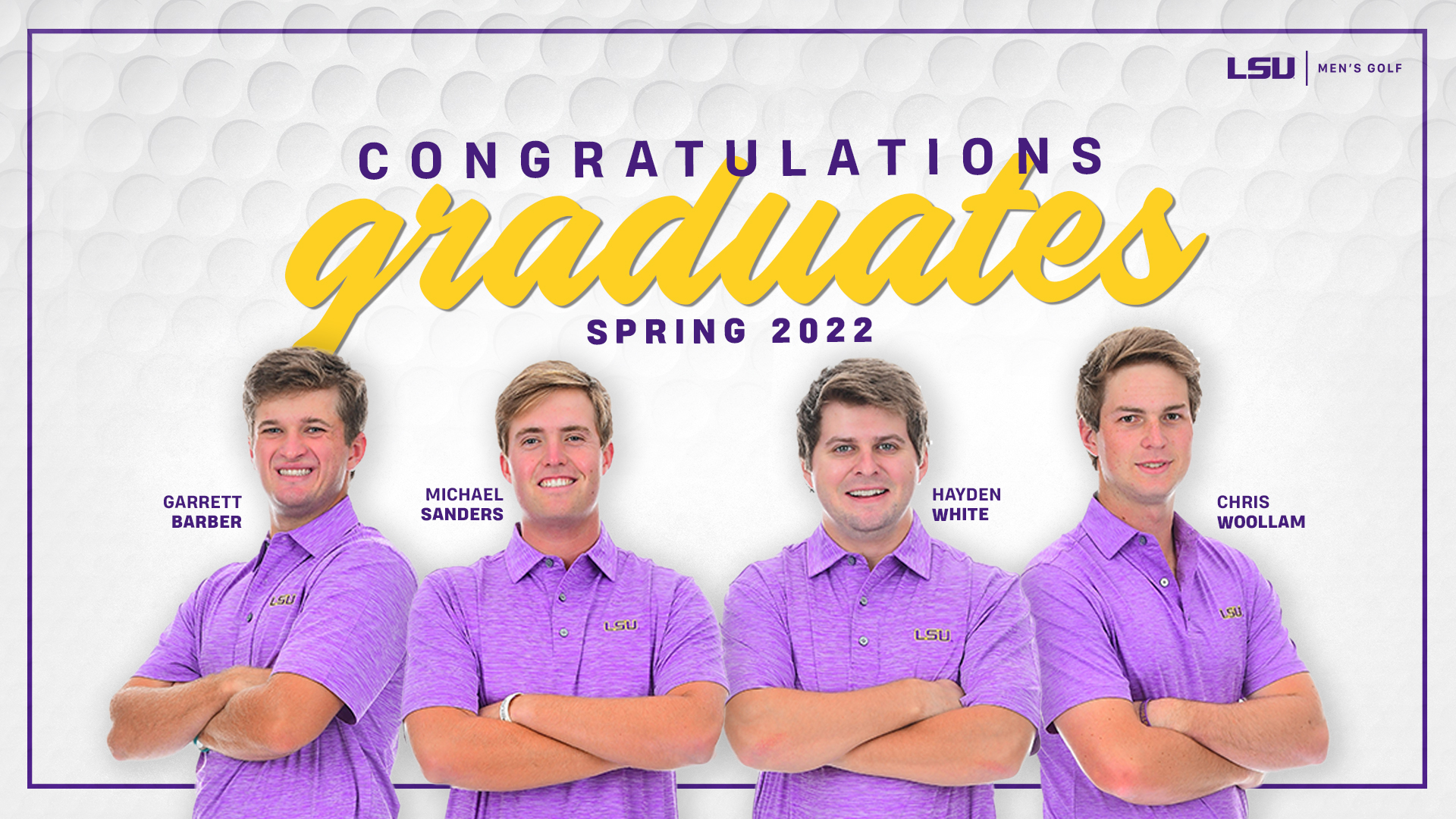 Baton Rouge, La. – The LSU men’s golf team has four student-athletes set to earn their degrees this weekend from LSU.

The Spring 2022 graduates from men’s golf are Garrett Barber (General Business), Michael Sanders (Mass Communications), Hayden White (Finance), and Chris Woollam (Finance). All four men have been members of the LSU golf team dating back to the fall of 2018.

Barber just wrapped up a career a year this season with a lifetime best scoring average of 71.15 strokes per round to go with seven top-20 finishes. He best performance of the season was a career best finish in second place at the Louisiana Classics with a 12-under 204. His career scoring average of 71.83 strokes per round across currently ranks as the third lowest in school history. Barber has been a model of consistency for LSU as 91 of his 106 team rounds played have counted towards an LSU team score.

Sanders has played in a total of 32 events for the Tigers during his time in Baton Rouge. He has eight top-10 finishes under his belt with a career scoring average of 72.63. His scoring average of 71.48 from the 2021-22 season was a big improvement and career low.

White has represented LSU at 11 events during his time in the Purple and Gold. The highlight of his career was him winning medalist honors at the 2019 David Toms Intercollegiate in Shreveport, La., at the Southern Trace Country Club. Not only did he win the event, he shot a three round total of 17-under 199 to match the school record for score in relation to par alongside teammate Trey Winstead.

Woollam played 36 career rounds for the Tigers with a career stroke average of 73.67. He carded the best finish of his career as a freshman during the 2018-19 season as he placed second at the David Toms Invitational with a three round score of 6-under 210 that featured 13 birdies during the tournament. Another highlight of his 2020-21 season was an eagle at the opening hole of the 2021 NCAA Tallahassee Regional.