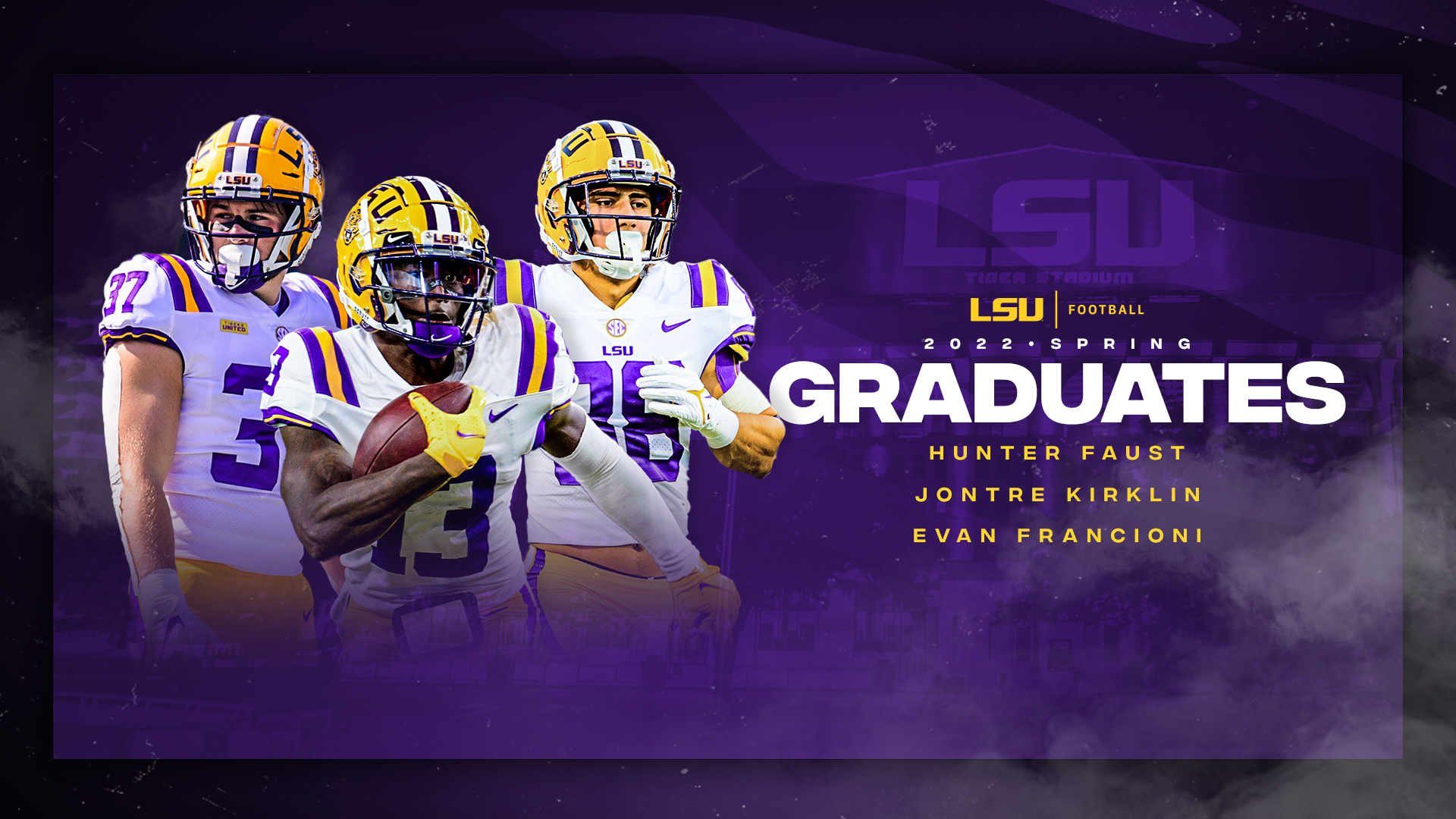 BATON ROUGE – Four members of the LSU football team, including three who were part of the 2019 national championship team, earned their college degree on Friday.

LSU held its annual spring commencement on Friday at various locations across campus.

The list of football graduates also includes former offensive lineman Toby Weathersby, who returned to school after three years of professional football, to earn his degree. Weathersby, a two-year starter for the Tigers in 2016 and 2017, graduated with a degree in interdisciplinary studies.

Kirklin recently signed a free agent contract with the Arizona Cardinals after a five-year career with the Tigers that saw him shine on both sides of the football. His most notable game came against Kansas State in the Texas Bowl in January when he moved from wide receiver to start at quarterback for the Tigers. In that contest, he threw three touchdown passes and led LSU with 61 rushing yards.

Francioni, a wide receiver who has another year of eligibility remaining, is a two-time member of the SEC Academic Honor Roll. He’s appeared in 25 games in three years with the Tigers.

Faust, a two-time member of the SEC Academic Honor Roll, has appeared in six games during his career at LSU.