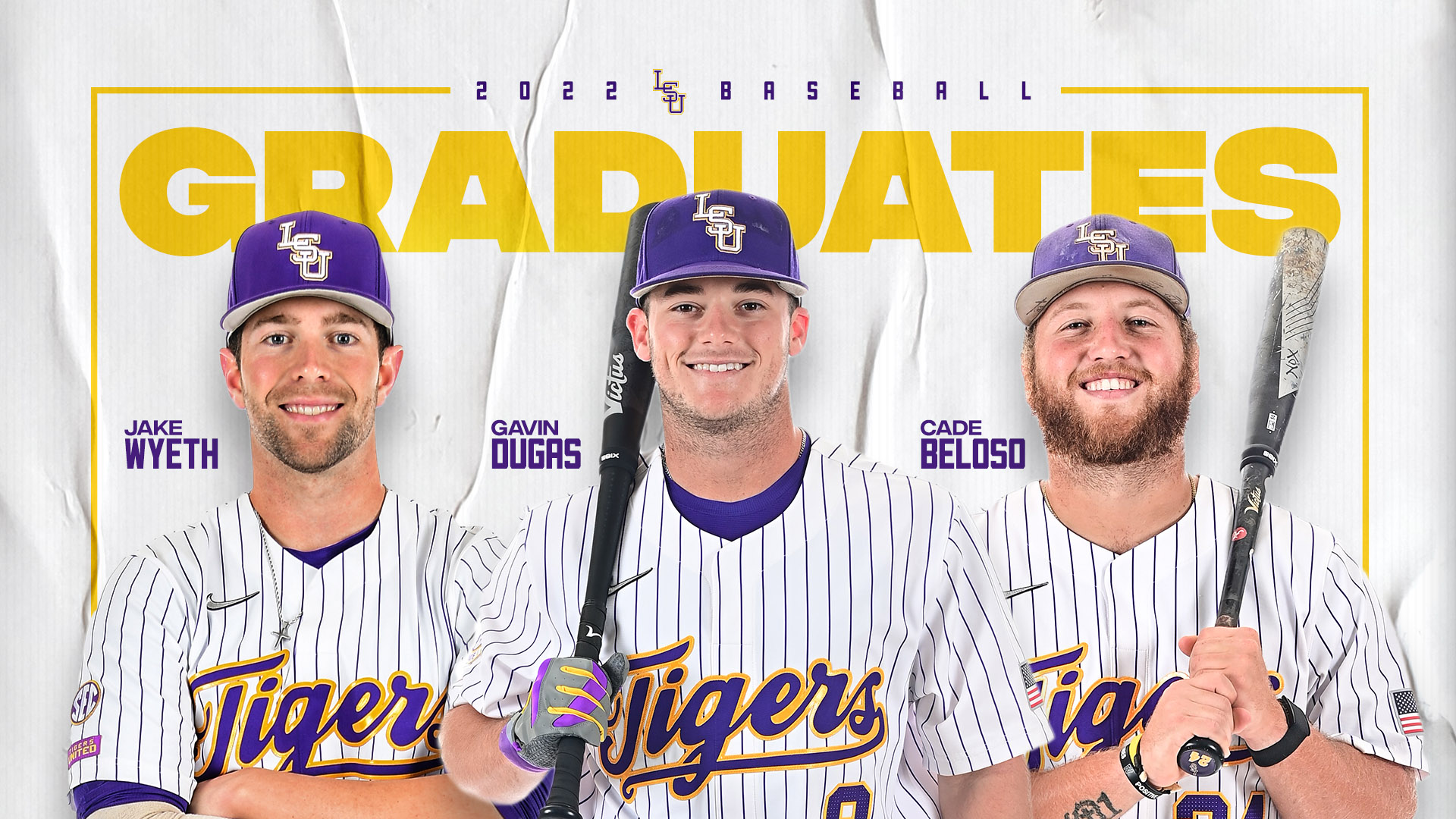 BATON ROUGE, La. – Three members of the 2022 LSU baseball team have earned degrees as graduation ceremonies are held Friday on the LSU campus.

He led the SEC in RBI in 2021 with 66, and he was No. 3 in the league in home runs last season. Dugas was voted the 2021 NCAA Eugene Regional Most Outstanding Player, leading the Tigers to the regional title by hitting .438 (7-for-16) with one double, two triples, three home runs, six RBI and seven runs scored.

A two-time member of the SEC Academic Honor Roll, Dugas wears LSU jersey No. 8, which is given each season to the upperclassman who exemplifies the spirit of LSU Baseball through his leadership and dedication to the program.

Beloso, a native of New Orleans, La., has played in 133 games (121 starts) over the past four seasons. He has delivered 17 doubles, two triples and 14 home runs, including walk-off blast to defeat Army in 2019

Beloso, a three-time member of the SEC Academic Honor Roll, was named to the 2019 NCAA Baton Rouge Regional All-Tournament Team, as he hit .375 with one homer and three RBI in helping lead the Tigers to the regional title.

Wyeth, a native of Lake Travis, Texas, joined the LSU program in 2021 after transferring from Cisco (Texas) College. He played in 27 games last season at catcher, including five starts, and he collected a pair of doubles and six RBI on the year.

Wyeth has worked this season as a member of the LSU baseball management staff.

Academic achievement has been a cornerstone of the LSU baseball program, as 106 student-athletes have earned degrees over the past 16 years.