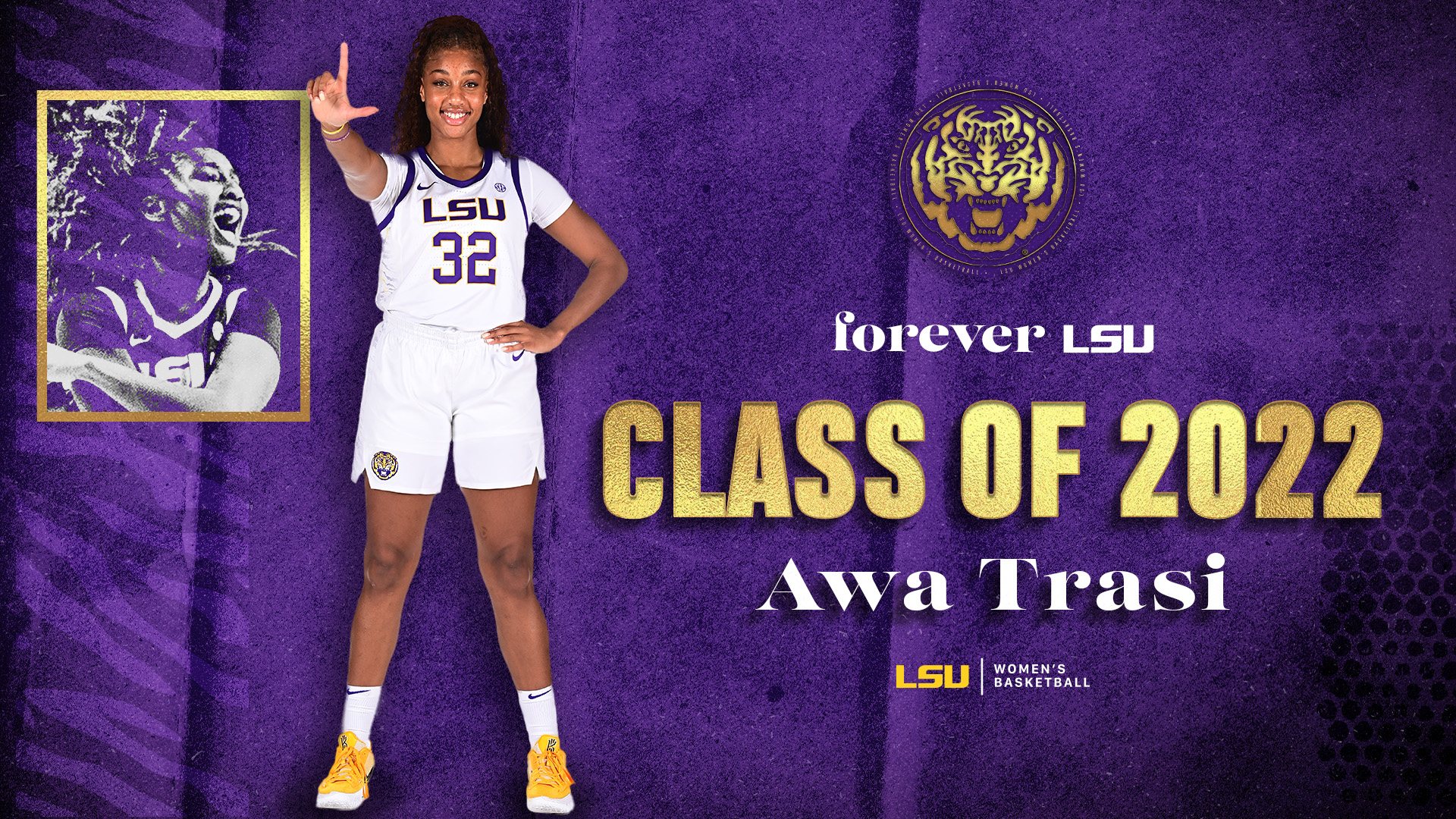 BATON ROUGE – Awa Trasi of LSU Women’s Basketball is scheduled to graduate Friday with a degree in interdisciplinary studies.

The Toulouse, France native played for three seasons at LSU following a JUCO career that led her to Baton Rouge. She averaged 5.4 points and 3.5 rebounds per game throughout her LSU career.

Trasi played a crucial role coming off the bench for the Tigers throughout the 2021-22 season, helping LSU to its best season in over a decade. She averaged 2.9 points and 2.8 rebounds per game as a critical piece in LSU’s rotation.