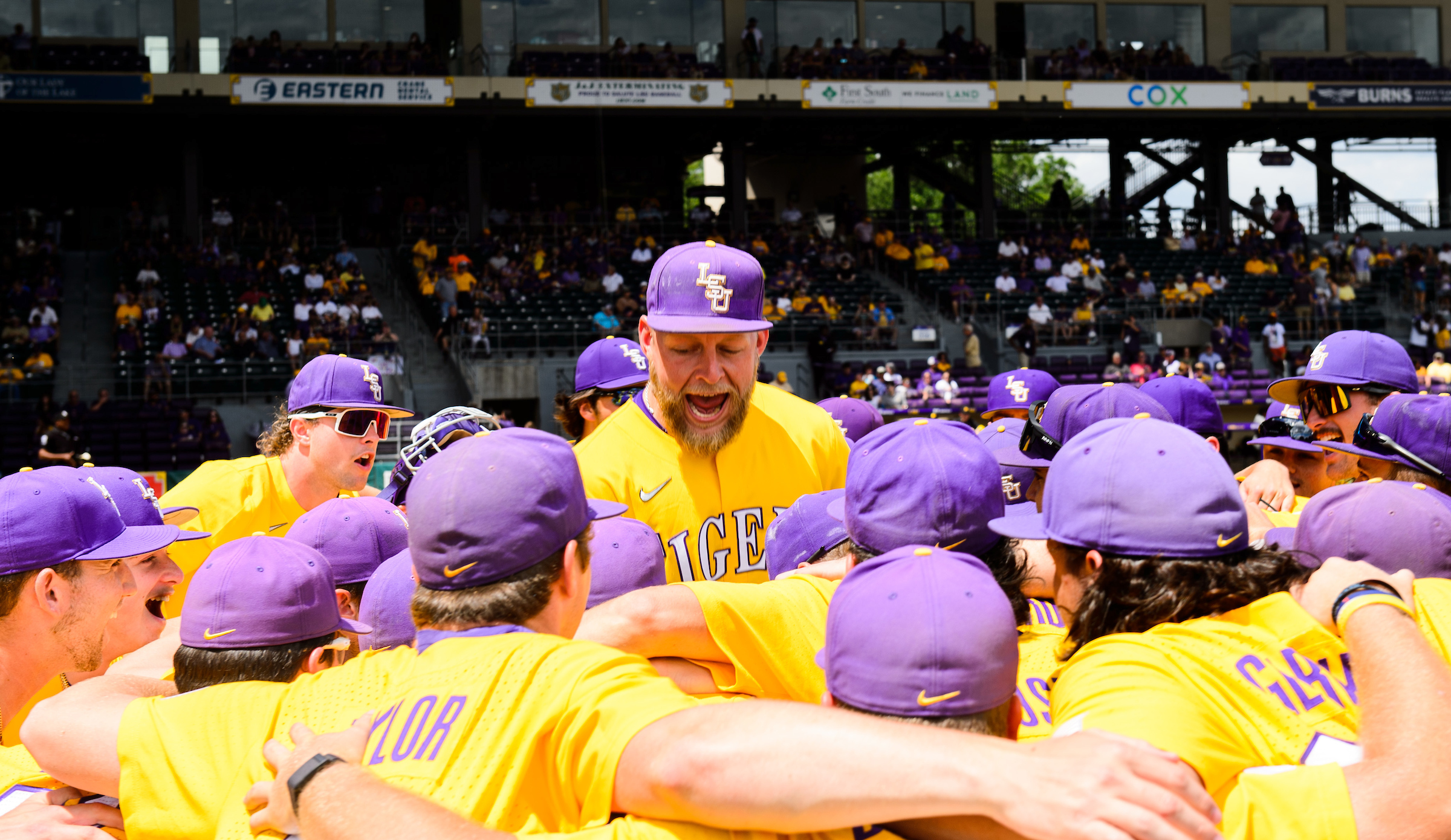 The teams resume the series at 6 p.m. CT Friday in a game that will be carried on affiliates of the LSU Sports Radio Network and streamed on SEC Network +.

Crews was 4-for-4 at the plate with a three-run homer, a double and four RBI. Doughty delivered the second two-homer game of his career and collected three RBI.

Senior right-hander Ma’Khail Hilliard (6-1) earned the win for the Tigers as he worked 5.1 innings and limited Vanderbilt to two runs – one earned – on eight hits with two walks and four strikeouts.

Right-hander Eric Reyzelman turned in a dominating relief effort to pick up his third save, firing 3.2 scoreless innings with no hits, one walk and six strikeouts.

Vanderbilt starting pitcher Devin Futrell (8-2) was charged with the loss, as he allowed five runs on five hits in 1.1 innings with two walks and no strikeouts.

“I’m really proud of our guys tonight,” said LSU coach Jay Johnson. “You could tell in the first inning they were focused and locked in, and they executed our game plan perfectly. We’ve got 100 homers and over 100 hit-by-pitches now, and that’s exactly what we want to do. A great job tonight by the pitching staff, and offensively we were in tune with what we needed to do tonight.”

LSU sent 10 batters to the plate in the second inning and erupted for six runs against Futrell. Shortstop Jordan Thompson led off the frame with his sixth homer for the year.

Crews then blasted a three-run shot – his 18th homer of the year – to give the Tigers a 5-0 lead, and Thompson added an RBI single to cap the outburst.

LSU expanded the lead to 9-0 in the fourth against Vanderbilt reliever Patrick Reilly when third baseman Jacob Berry delivered an RBI groundout and Doughty launched a two-run homer, his 11th dinger of the year.

Crews singled to lead off the sixth inning and later scored on first baseman Tre’ Morgan’s double, increasing the margin to 10-2.

Jobert belted a solo homer in the seventh – his 14th of the season – and Doughty unloaded his second homer of the game to highlight a two-run eighth inning that included a Crews RBI single.