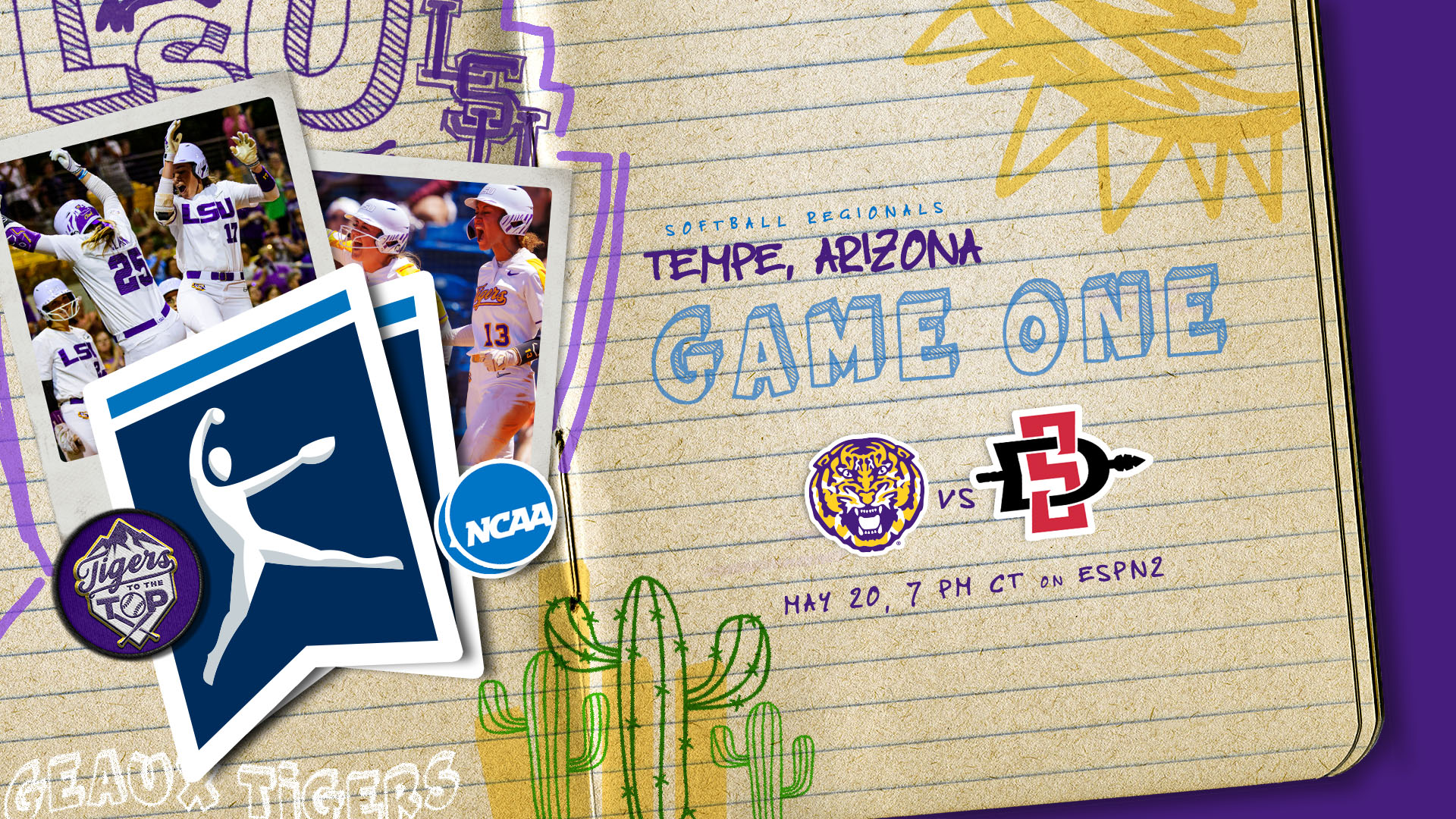 The first game of the regional will be televised on ESPN2 and Patrick Wright will have the call on the LSU Sports Radio Network.

LSU earned the No. 2 seed in the Tempe Regional and enters the 2022 NCAA Tournament with an overall 81-52 record in the Big Dance, and six Women’s College World Series appearances (2001, 2004, 2012, 2015-2017). The Aztecs are the No. 3 seed, while the overall No. 8 seed Arizona State and No. 4 seed Cal State Fullerton makes up the Tempe Regional. The regional tournament is double elimination with the winner between LSU and San Diego State set to play the winner of Arizona State and Cal State Fullerton on Saturday, May 21.

Junior Ali Kilponen has an 18-7 record in the circle with a staff-low 2.32 ERA behind 138 strikeouts this season. Senior Shelbi Sunseri (8-7) has a 3.05 ERA with 59 strikeouts in 98.2 innings pitched. Sunseri also performs at the plate with a .266 batting average and 15 home runs this season. Sunseri has a total of 48 career home runs, a mark that ranks No. 3 all-time in program history.

LSU and San Diego State will meet for just the third time ever and for the first time in the NCAA Tournament. The Tigers won both previous meetings with the first resulting in a 4-1 decision in 1998 and the second a 6-1 victory in 2015.

The Fighting Tigers are 7-8 all-time against this year’s Tempe Regional field in the NCAA Tournament (6-8 vs. Arizona State, 1-0 vs. Cal State Fullerton) and are 60-28 all-time in the NCAA Regionals.