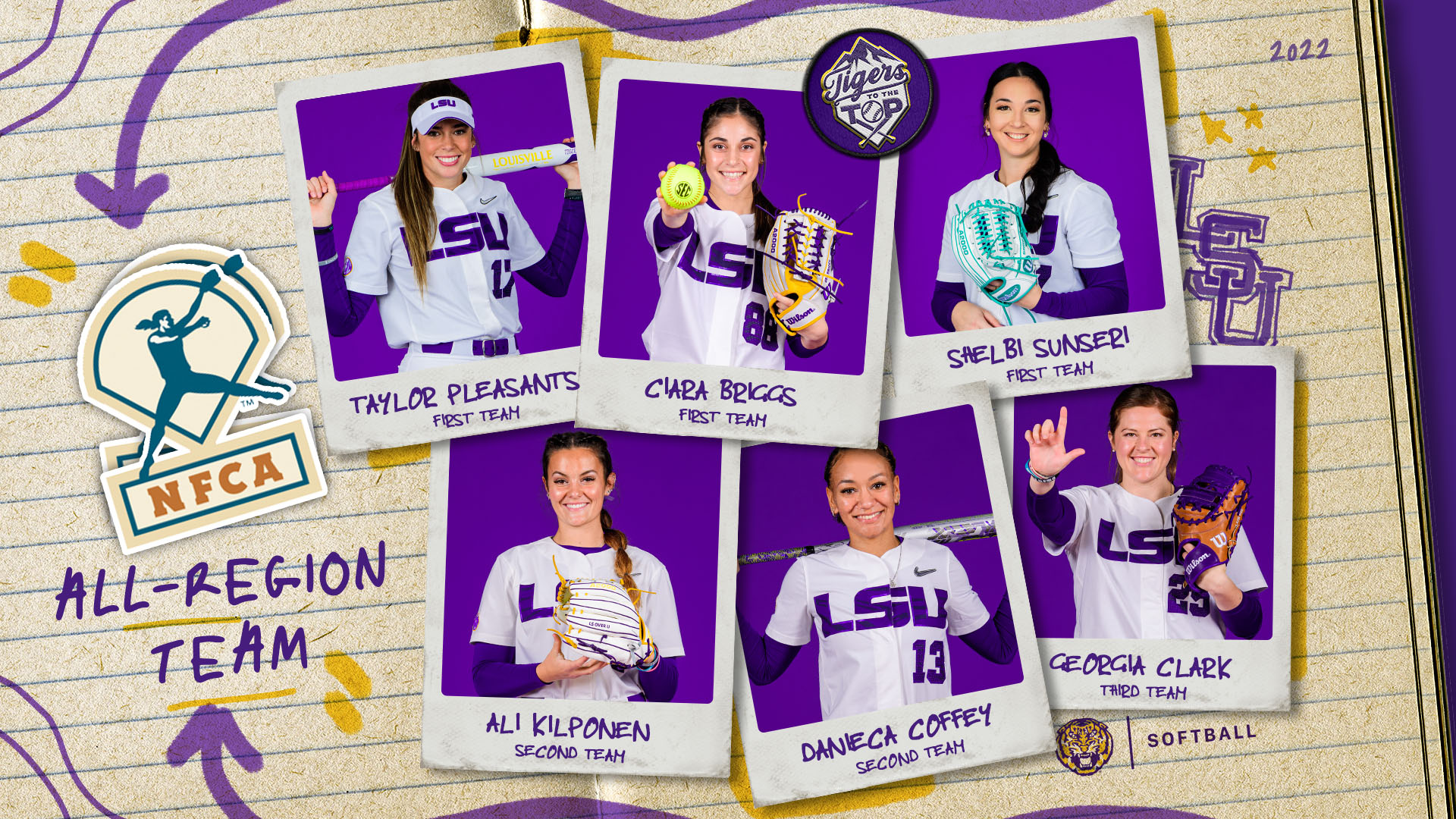 LSU has had 92 total players in program history named to an all-region team and at least one selection every year since 1997. The Tigers have garnered 51 total NFCA First Team selections with the addition of the three selections in 2022.

Briggs earned her first NFCA All-Region honor after a solid year at the plate and in the outfield. Entering the NCAA Tournament, Briggs has a .366 batting average with 67 hits a team-high 52 runs scored and 32 RBIs. In the outfield, Briggs has accumulated 78 putouts and six assists with no errors in 84 chances.

Pleasants becomes a two-time NFCA All-Region recipient after being placed on the 2021 All-Region Second Team. Pleasants is batting .302 on the year, has a team-high 27 extra-base hits, including 14 doubles, 12 home runs, and one triple. The six-foot shortstop leads the team with 105 assists and has been involved in 12 double plays in 224 chances.

Sunseri is a three-time NFCA All-Region selection and makes her second appearance on the first team (2019). Sunseri, a utility pitcher, has an 8-7 record in the circle with 59 strikeouts in 98.2 innings, and has a .266 batting average with 15 home runs. Sunseri has 48 career home runs which ranks No. 3 all-time in the program’s record book.

Kilponen is also a two-time NFCA All-Region selection and has been named to the second team for the second consecutive year. This season, Kilponen has recorded a 2.32 ERA behind 138 strikeouts and has posted 18 wins in the circle with five shutouts, including her first career no-hitter against Nicholls on March 23.

Coffey and Clark both earn their first NFCA All-Region selections. Coffey leads the Tigers with a .385 batting average, .464 on-base percentage, 70 hits, and 10 stolen bases to go along with 26 RBIs. Clark is batting .285 and leads LSU with a .656 slugging percentage, 59 RBIs, and 16 home runs.

The Tigers are set to open the NCAA Tournament as a No. 2 seed in the Tempe Regional and will play No. 3 seed San Diego State at 7 p.m. CT Friday, May 20 at Farrington Stadium in Tempe, Ariz.