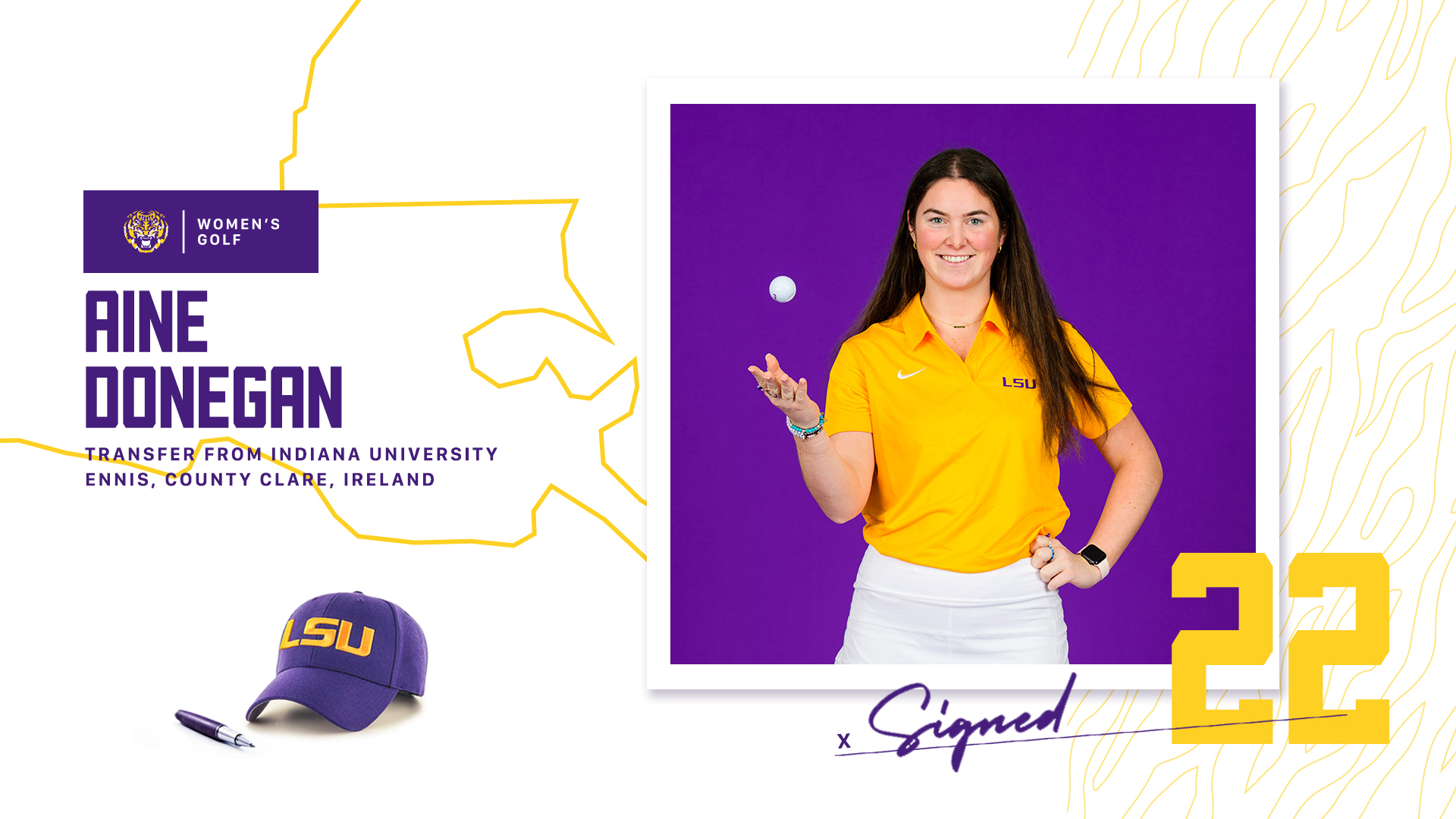 Donegan took part in 29 rounds during the 2021-22 season for the Hoosiers and averaged a team-best 73.17 strokes per round which set the school single season mark for stroke average. She posted four top-10 finishes, including two in the top five. She finished first in the Courtney Cole Invitational after shooting rounds of 71-73 for an even par 144.

“We are very excited to be adding Aine Donegan to our roster for the 2022-23 season,” said Coach Runion. “Not only does she have a lot of international experience, but also has a year of college golf under her belt that includes an individual win and All-Big Ten honors this past year. She has a strong desire to be great and wants to win. I look forward to her fitting in very well and making an immediate impact for the Tigers.”

The athletic Donegan has also competed in soccer, Gaelic football and hurling.