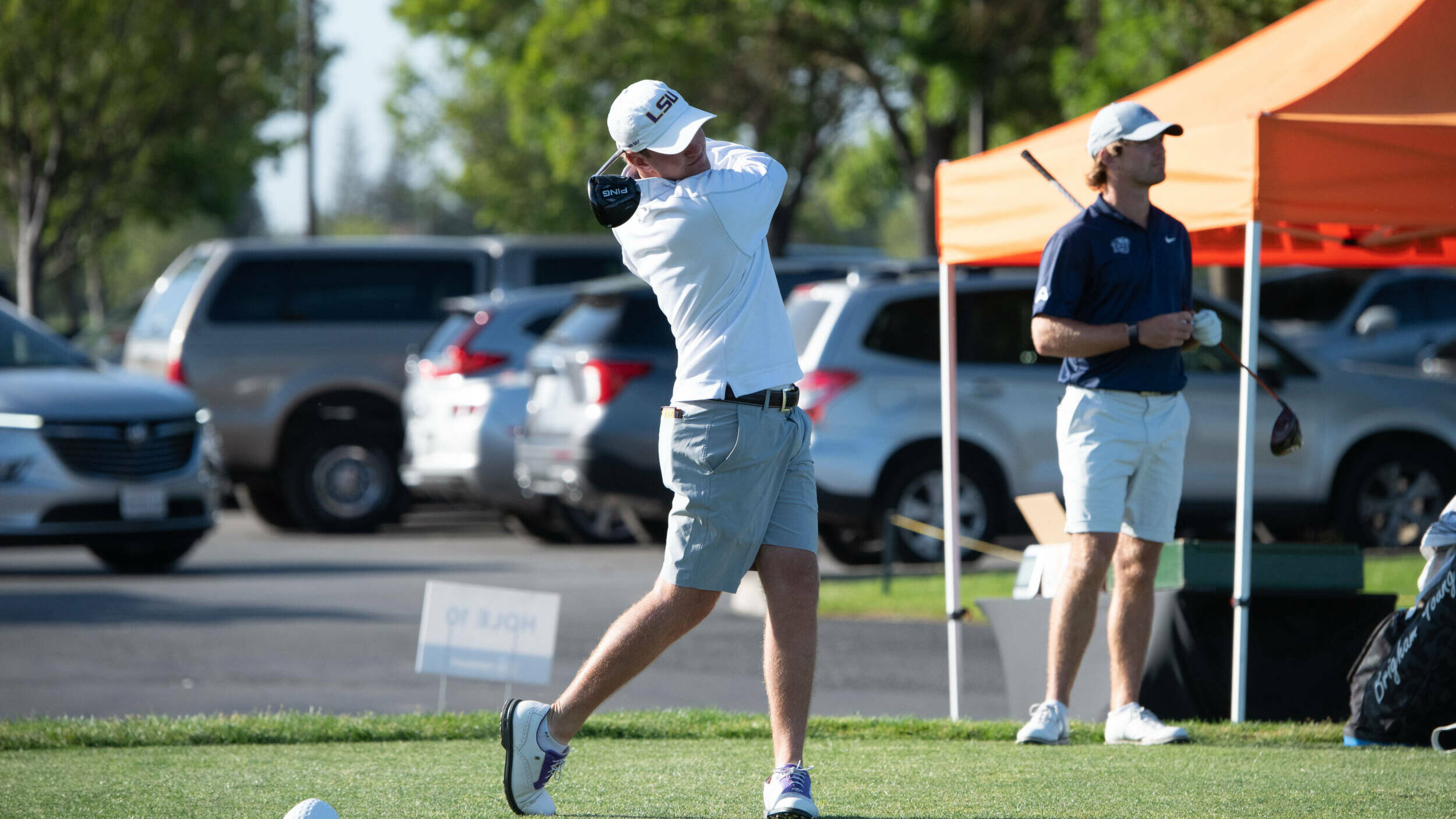 Stockton, Calif. – The LSU men’s golf team had its 2021-22 season come to a close on Wednesday after finishing in sixth place in the NCAA Stockton Regional with a 16-under 848 (287, 275, 286) tournament score, narrowly missing out on the final advancement spot by two strokes.

Drew Doyle followed up his strong second round with a four birdie, 2-under 70 final round that took his final tournament score to 8-under 208 and a tie for 5th place. Doyle ended the round tied with Washington’s RJ Manke and the two competed in a sudden death playoff on hole No. 10 to decide who would advance to the NCAA Championships as an individual. The playoff hole saw Manke grab a par on the par 4 to defeat Doyle and book his spot in Scottsdale, Arizona next weekend.

Doyle dominated the par 3s this week with a scoring average of 2.92 on those holes; he also rolled in 16 birdies at the event to rank tied third amongst the field in that category. Doyle closed out his sophomore season having registered three top-five finishes in his last four events played. He won The Hayt in late March, tied fifth at SECs in late April, and then this performance.

The Tigers counted Doyle’s round, and then the other four golfers – Garrett Barber, Cohen Trolio, Nicholas Arcement, Michael Sanders – all carded even par rounds in the season finale. Sanders subbed in and played the third round in the spot of Trey Winstead, who had played the first two rounds.

Trolio earned a tie for 17th at his first ever NCAA regional with a 4-under 212; all three of his rounds counted towards LSU’s team score at the tournament. Arcement went under par for the tournament as a whole with a 1-under 215 to tie for 27th, and Garrett Barber finished tied for 34th at 2-over 218. Arcement led the field with 39 pars in 54 holes played.

Arizona State (-38), Stanford (-28), BYU (-27), Oregon (-21), and Liberty (-18) were the five teams that advanced from the regional to the NCAA Championships that will take place at the Grayhawk Golf Club in Scottsdale, Arizona starting on May 27th.