Tigers Conclude the 2022 Regular Season vs. the Commodores 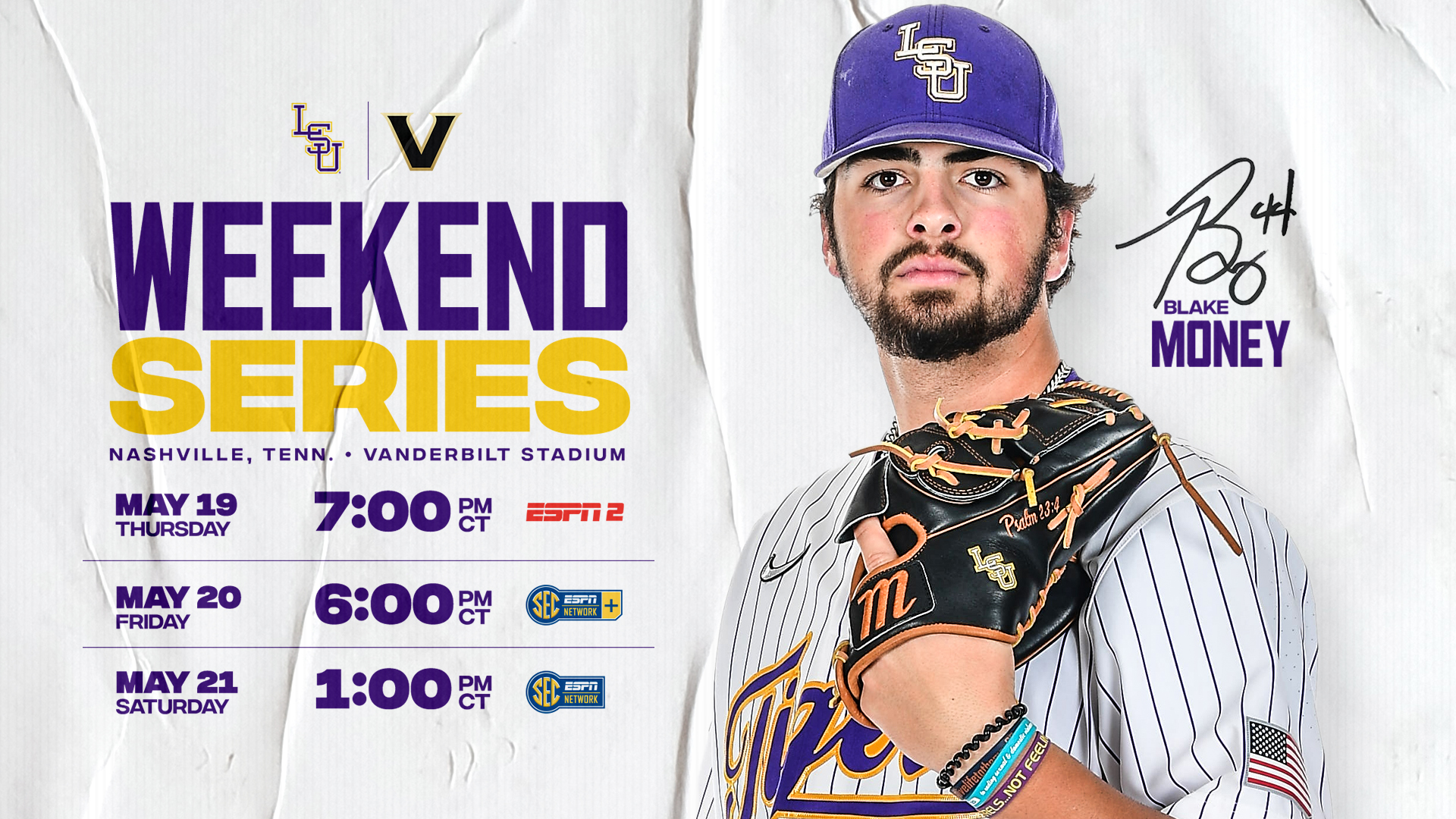 LSU SERIES RECORD VS. VANDERBILT
LSU has a 58-47 series edge over Vanderbilt, and Thursday’s game will mark the 106th meeting between the schools in a series that began in 1954. Vanderbilt has won eight of the past nine regular-season series between the schools, including a three-game sweep in Baton Rouge last season. However, LSU has a 6-2 all-time mark against Vanderbilt in SEC Tournament games. This week’s series marks LSU’s first appearance in Nashville since March 23-25, 2018, when Vanderbilt won two of three games over the Tigers. LSU has lost four straight SEC series in Nashville – the Tigers’ last series win in Nashville came in 2005, when the Tigers captured two of three games against the Commodores.

QUOTING COACH JAY JOHNSON
“We want to get to the top, and that’s where Vanderbilt’s program is right now. As I’ve said before, the only way to it is through it. So far, our guys have responded to most of the challenges we’ve faced. I know we’re looking forward to this weekend; Vanderbilt is a tough team. They have a ton of speed and athleticism – (outfielder) Enrique Bradfield is one of the best players in college baseball, and (utility player) Spencer Jones has had a really good year. They have a really good pitching staff with all of their pieces in order. If you want to get to Omaha, you have to play and be successful against this caliber of team, so we’re really looking forward to the challenge.”

ABOUT THE COMMODORES
• Vanderbilt has captured national championships in 2014 and 2019, and the Commodores finished as national runners-up in 2015 and 2021.
• The Commodores are No. 4 in the SEC with a .288 batting average, and Vanderbilt has 63 home runs and a league-high 83 steals in 92 attempts … the Vanderbilt pitching staff is No. 2 in the SEC with a 3.39 team ERA, and the Commodores are limiting opponents to a .207 cumulative batting average.
• Vanderbilt is led at the plate by utility player Dominic Keegan, who his hitting .384 with 16 doubles, two triples, 12 homers and 57 RBI … utility player Spencer Jones is hitting .366 with 18 doubles, three triples, six homers and 43 RBI, and outfielder Enrique Bradfield Jr. is batting .330 with 10 doubles, five triples, seven homers and 29 RBI … Bradfield is 41-for-41 in stolen base attempts this season.
• Vanderbilt left-hander Devin Futrell is No. 2 in the SEC with a 2.52 ERA … left-hander Carter Holton is No. 2 in the league in strikeouts with 86 … right-hander Chris McElvain is No. 3 in the league with a .185 opponent batting average