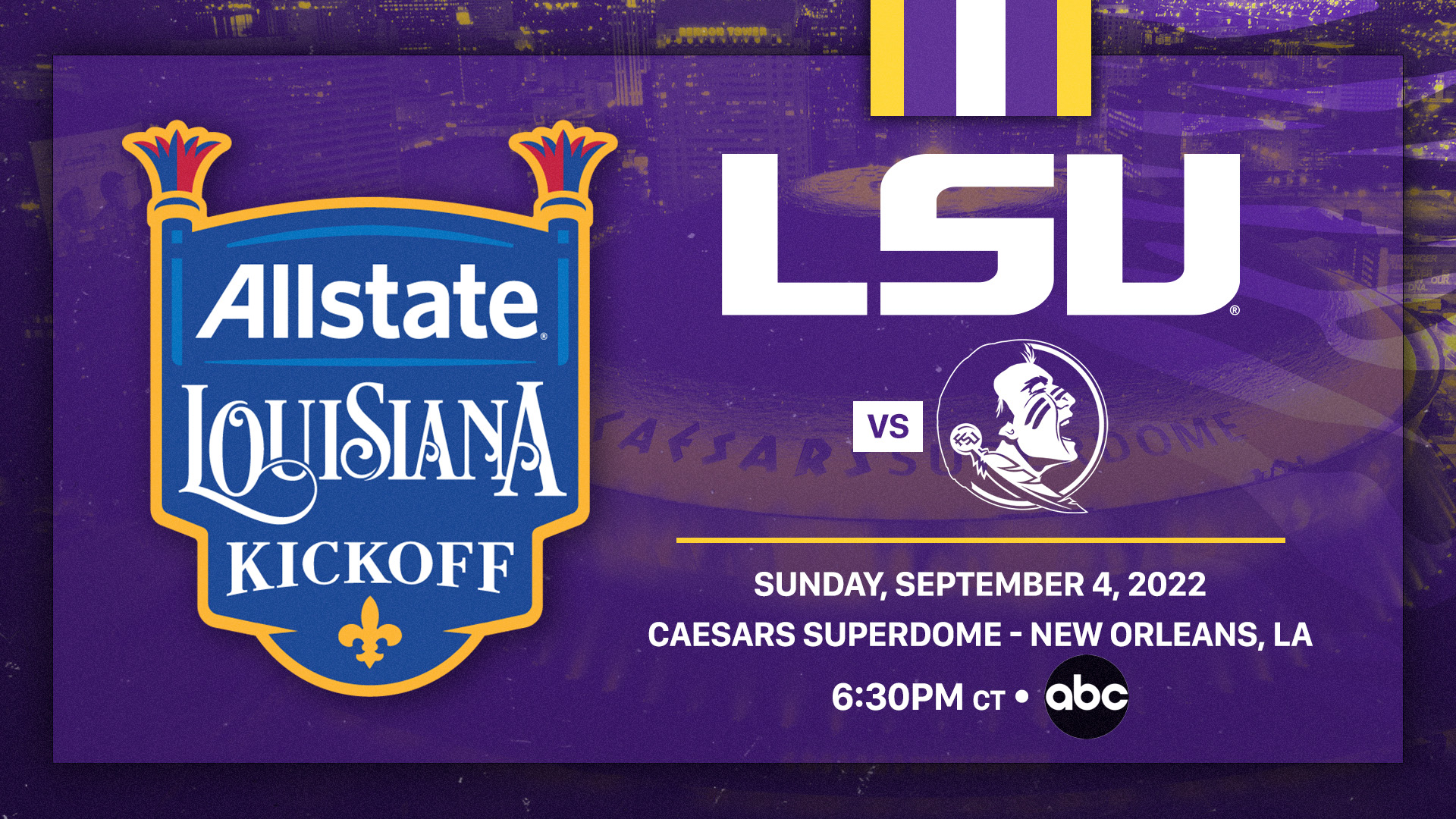 BATON ROUGE – The Brian Kelly era of LSU football will begin with a prime time national broadcast as ABC will televise the Tigers’ season-opener against Florida State on Sunday, Sept. 4, in New Orleans, the network announced on Tuesday.

Game time for the Allstate Louisiana Kickoff at Caesars Superdome featuring LSU and Florida State is scheduled for 6:30 p.m. CT.

LSU is coming off a 6-7 season and an appearance in the Texas Bowl, while Florida State finished last year with a 5-7 mark.

It will be the first meeting between LSU and Florida State since 1991 when the then-No. 1 ranked Seminoles posted a 27-16 win over the Tigers in Baton Rouge.

Tickets for the contest are still available and can be purchased at www.LSUtix.net.