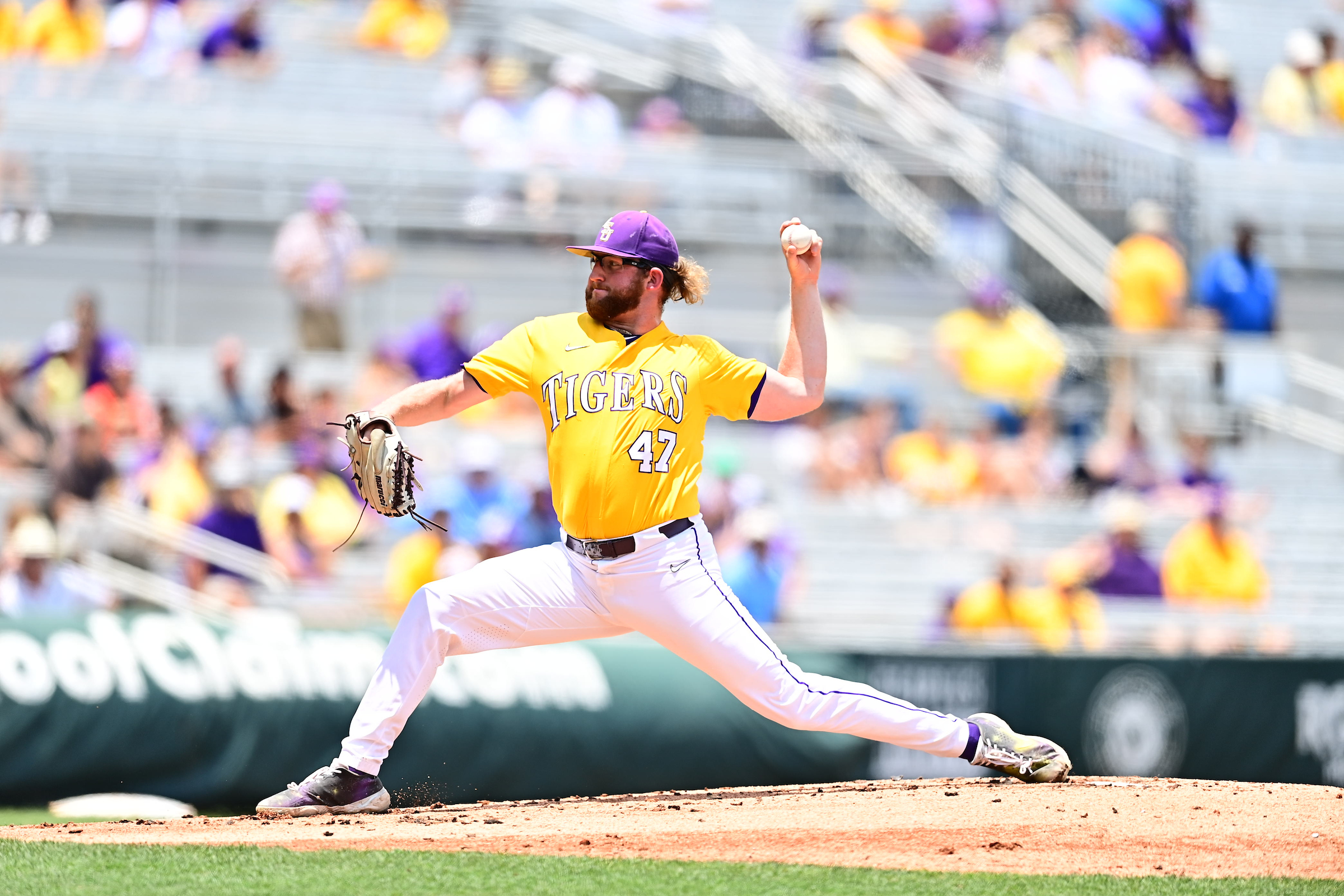 BATON ROUGE, La. – Ole Miss broke a 3-3 tie with a pair of two-run homers in the top of the fifth inning Sunday, and the Rebels went on to defeat LSU, 8-5, in Alex Box Stadium, Skip Bertman Field.

The Tigers return to action at 6:30 p.m. CT Tuesday when they play host to Northwestern State in a game that will be carried on the LSU Sports Radio Network and streamed on SEC Network +.

“Ole Miss has very good players, and they played extremely well this weekend,” said LSU coach Jay Johnson. “They made it really tough on us, and we did not play our best. We have work to do, and that’s not unexpected. The SEC is a tough league, and we took our lumps this weekend.

“The good news is that everything we want to accomplish is directly in front of us, but we’re going to have to play well. We’re looking forward to preparing our team for the coming week.”

A solo homer by LSU first baseman Tre’ Morgan in the bottom of the fourth inning tied the contest at 3-3, but the Rebels responded with four runs in the top of the fifth against reliever Eric Reyzelman.

The Tigers narrowed the gap to 7-4 in the fifth when third baseman Collier Cranford tripled and scored on rightfielder Josh Pearson’s double. Pearson, who launched a two-run homer in the third inning, finished the game with three RBI.

Graham’s RBI single in the top of the eighth expanded the lead to 8-4, and LSU catcher Tyler McManus cut the margin to three runs with a solo homer in the bottom of the frame.

Reyzelman (1-2) was charged with the loss as he allowed four runs on three hits in one inning with one walk and one strikeout.

Ole Miss left-hander John Gaddis (3-1), the third of four Rebel pitchers, earned the win as he worked 2.0 innings and allowed one run on one hit with one walk and one strikeout.

Brandon Johnson picked up his ninth save of the season, limiting LSU to one hit in 1.1 scoreless innings with two walks and four strikeouts.