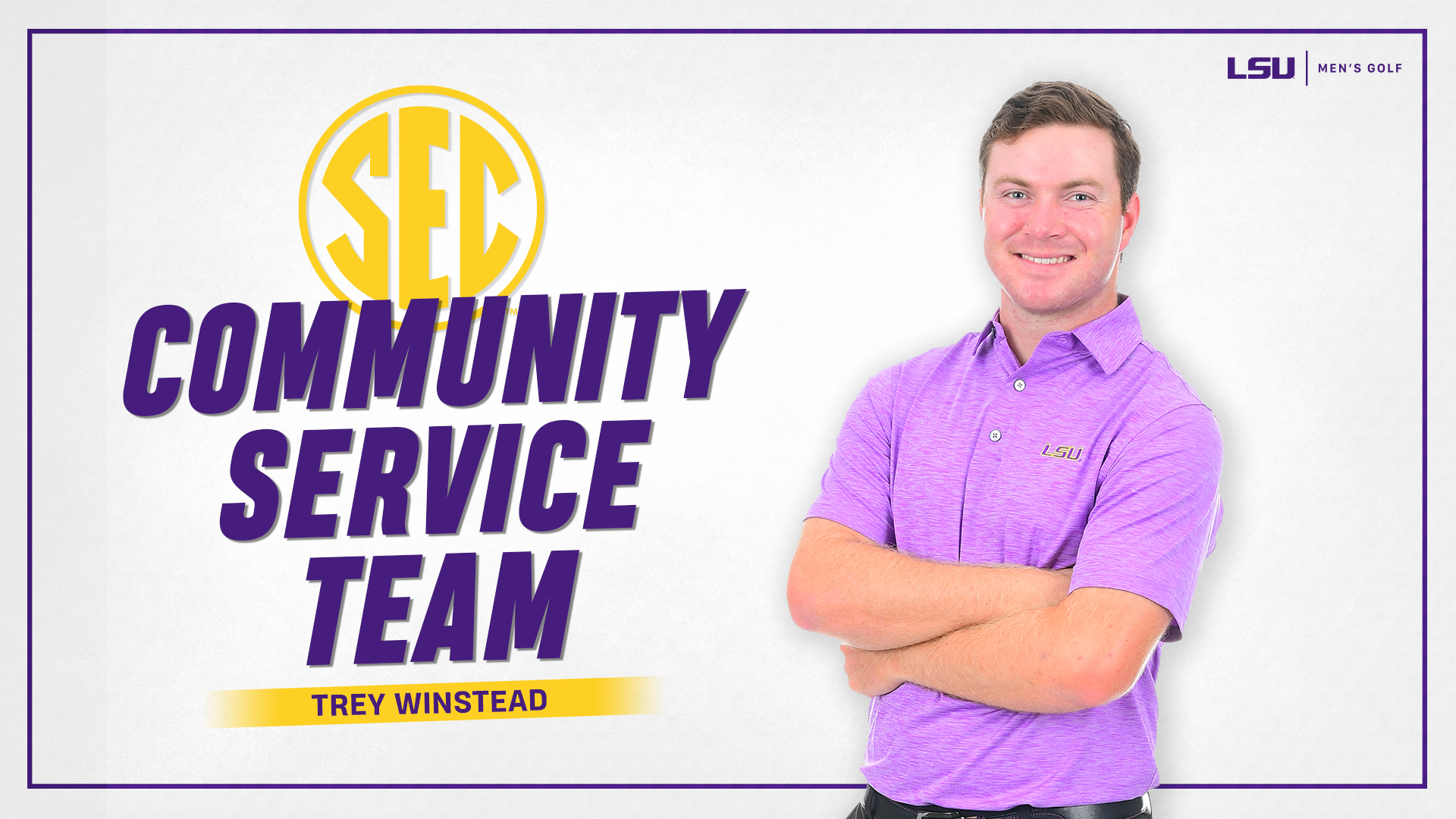 Baton Rouge, La. – For the second straight year, LSU men’s golfer Trey Winstead has been named to the SEC Community Service Team for the sport of men’s golf.

Winstead is men’s golf representative on the LSU Student-Athlete Advisory Committee and has helped lead a multitude of student-athlete initiated efforts during the 2021-22 academic year. Winstead partook in LSU’s annual Halloween BooZar in October and interacted with trick or treaters throughout the event.

The No. 21 ranked LSU men’s golf team is prepping for the NCAA Stockton Regional, which begins on Monday morning in Stockton, Calif., at The Reserve.