Game 3 of the series is set for 1 p.m. CT on Sunday in Alex Box Stadium, Skip Bertman Field. 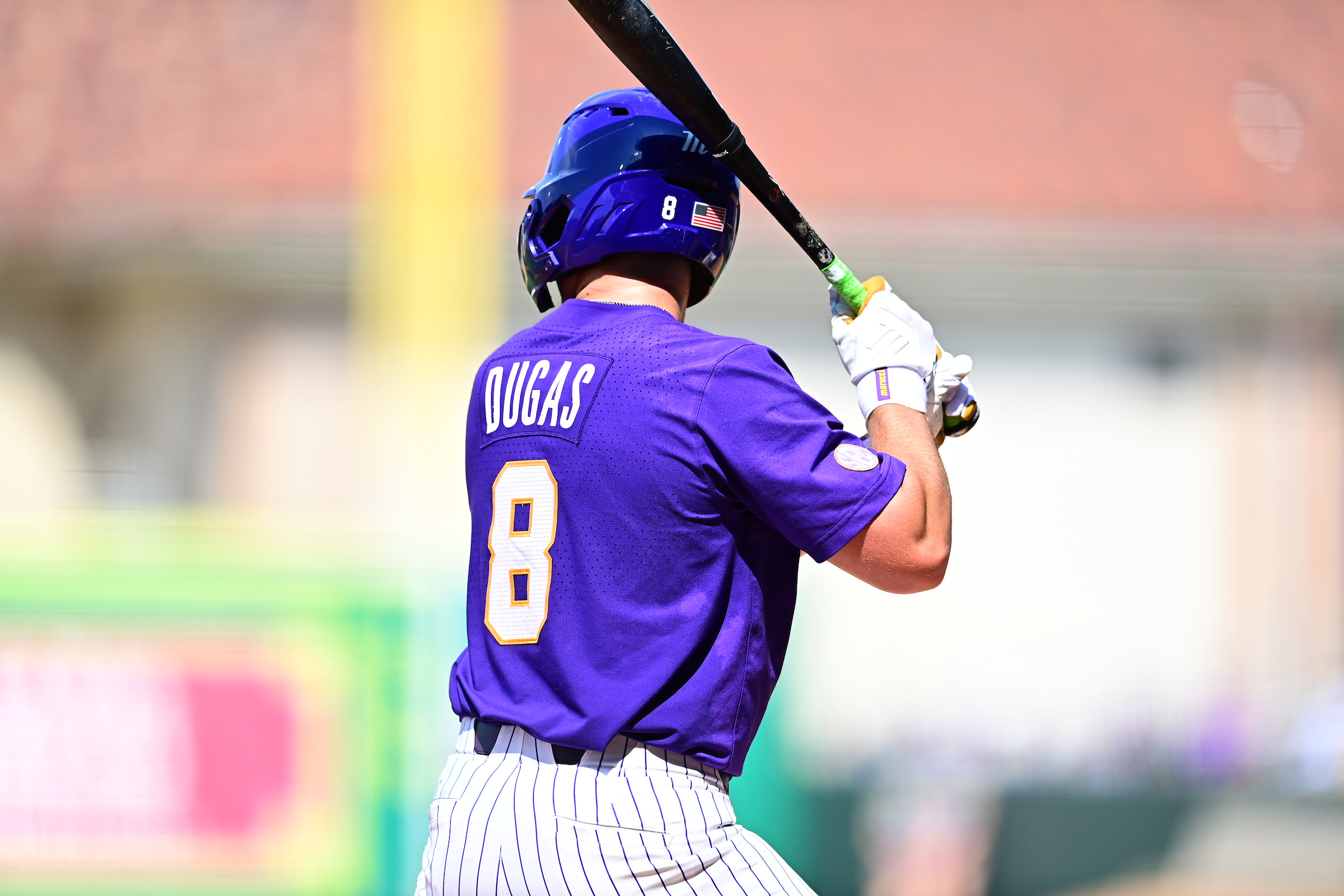 Ole Miss also posted a 5-3 win over the Tigers earlier Saturday in a game that had been suspended in the third inning Friday night due to inclement weather.

The teams meet in the series finale at 1 p.m. CT Sunday in a game that may  be viewed on SEC Network+ and heard on LSU Sports Radio Network affiliates.

“We just couldn’t get enough going on offense in both games, and we didn’t pitch very well in the second game,” LSU coach Jay Johnson said.

“All of the games count the same, so we want to go out and get that game tomorrow. We’ll get the players ready to go as best we can, and we’ll get some guys out there competing for us a little better than they did today.”

Ole Miss starting pitcher Hunter Elliott (3-3) was the Game 2 winner, as he allowed one run on four hits in 6.2 innings with three walks and nine strikeouts.

LSU starter Devin Fontenot (2-2) was charged with the loss after giving up three runs on two hits in 1.1 innings with one walk and two strikeouts.

The Rebels opened the Game 2 scoring in the first inning, as first baseman Tim Elko and leftfielder Kevin Graham each hit solo homers.

In the second inning, after second baseman Peyton Chatagnier walked, catcher Hayden Dunhurst cleared the right-field wall to push the score to 4-0.

Following a scoreless third inning, Ole Miss struck for five runs in the top of the fourth. Chatagnier started it off with a single and third baseman Justin Bench followed with a walk after Dunhurst had struck out. Shortstop Jacob Gonzalez added to the Rebels’ lead with a single up the middle.

Elko, who reached next on a fielding error, was credited with an RBI as Bench crossed home plate to make the score 6-0. Rebel designated hitter Kemp Alderman extended the lead further with a double down the left-field line. Centerfielder TJ McCants then scored Alderman with a base hit to right field.

With Ole Miss leading 10-0, LSU scored a run in the in the bottom half of the fifth inning as leftfielder Gavin Dugas doubled and later scored on second baseman Cade Doughty’s fielder’s choice grounder.

Ole Miss led 4-2 in the bottom of the third inning on Game 1 on Friday night when the contest was halted due to rain. Centerfielder Dylan Crews had given the Tigers’ a 2-0 lead with a two-run homer in the first inning, but Ole Miss struck for four runs in the top of the second against LSU starting pitcher Ma’Khail Hilliard.

The Rebels added to the lead on Saturday when Elko launched a solo homer in the fifth. LSU narrowed the game to 5-3 in the eighth on a homer by shortstop Jordan Thompson, his fifth dinger of the season.

Ole Miss starting pitcher Dylan DeLucia (5-0) earned the win as he worked seven inning and limited the Tigers to three runs on three hits with two walks and nine strikeouts.

Hilliard (5-1) was charged with the loss as he allowed four runs on four hits in three innings with two walks and four strikeouts.

Reliever Brandon Johnson picked up his eighth save for Ole Miss, working two scoreless innings with no hits and four strikeouts.

LSU reliever Ty Floyd delivered an impressive outing, limiting the Rebels to one run on two hits in six innings with two walks and three strikeouts.