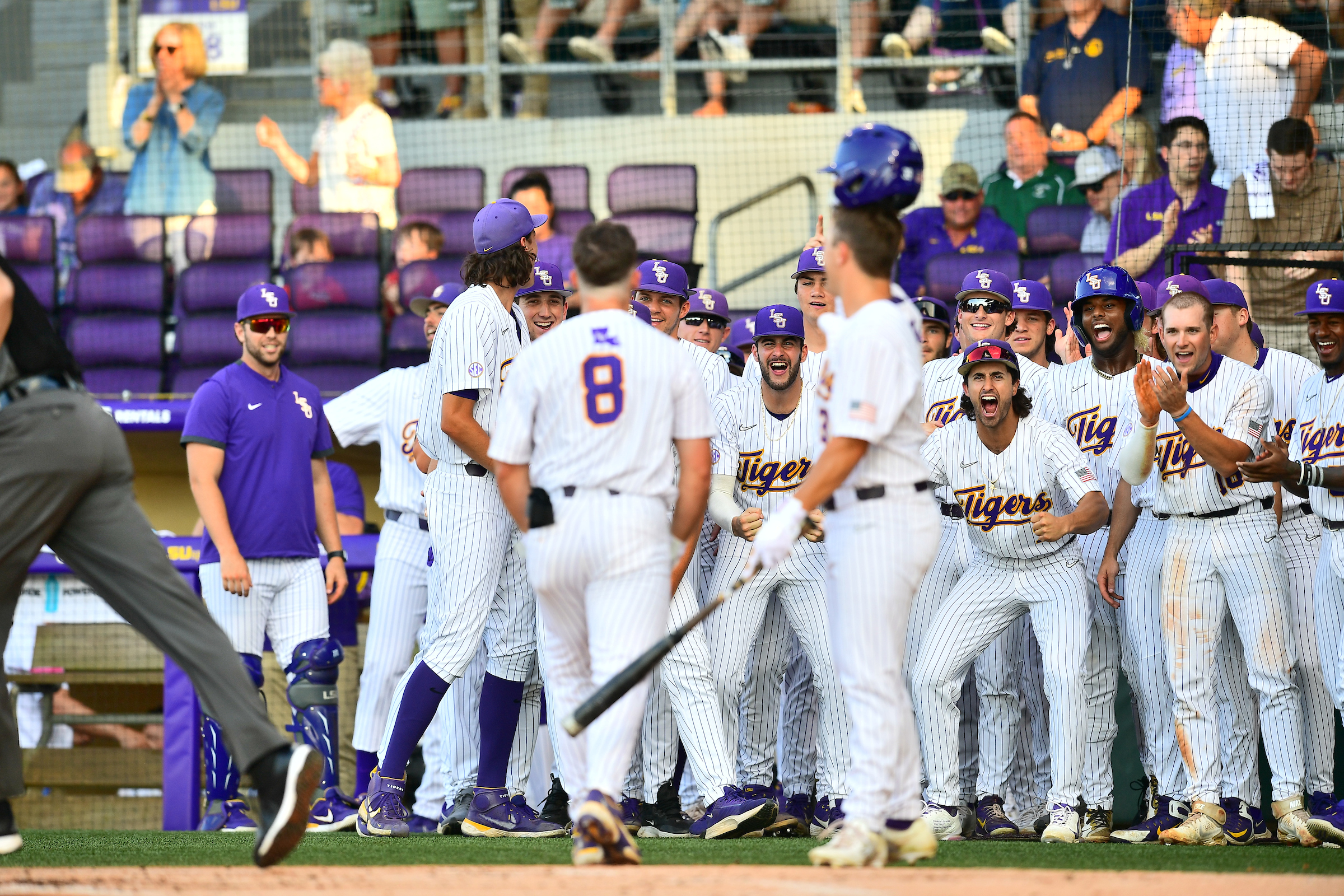 The game was halted in the bottom of the seventh inning with the implementation of the NCAA rule that allows a contest to be declared complete if one team has a lead of 10 runs or greater at the seven-inning mark.

“I feel great about tonight’s win, because we certainly have a lot of respect for a Southeastern program that’s been to multiple NCAA tournaments and is in first place in their league,” said LSU coach Jay Johnson. “I thought we would have our hands full tonight, and I’m really proud of our team and their approach in the game.

“We’ve handled what’s come our way – both success and failure — over the past few weeks, and we’ll need to continue to do that over this stretch run of the season. I’m really looking forward to this stretch, and I know our players are also.”

LSU leftfielder Gavin Dugas led off the bottom of the first inning with a home run, his fourth of the year, to give the Tigers a 1-0 lead.

Southeastern tied the game in the second inning on rightfielder Christian Garcia’s homer, his fourth of the season.

The Tigers plated a run in the second on rightfielder Josh Pearson’s sacrifice fly, and LSU exploded for nine runs in the third to seize control of the game.

Southeastern reliever Andrew Yuratitch (1-1) was charged with the loss as he allowed the go-ahead run in the second inning with one hit, one walk and one strikeout.

A two-run homer by Lions shortstop Evan Keller in the fifth narrowed the Tigers’ lead to 11-3, but LSU erupted for six more runs in the bottom of the sixth.

The rally was highlighted by McManus’ run-scoring single and a bases-loaded double by Morgan that plated three runs and accounted for the final margin.