Tiger Golfers In First After One Round of NCAA Stanford Regional 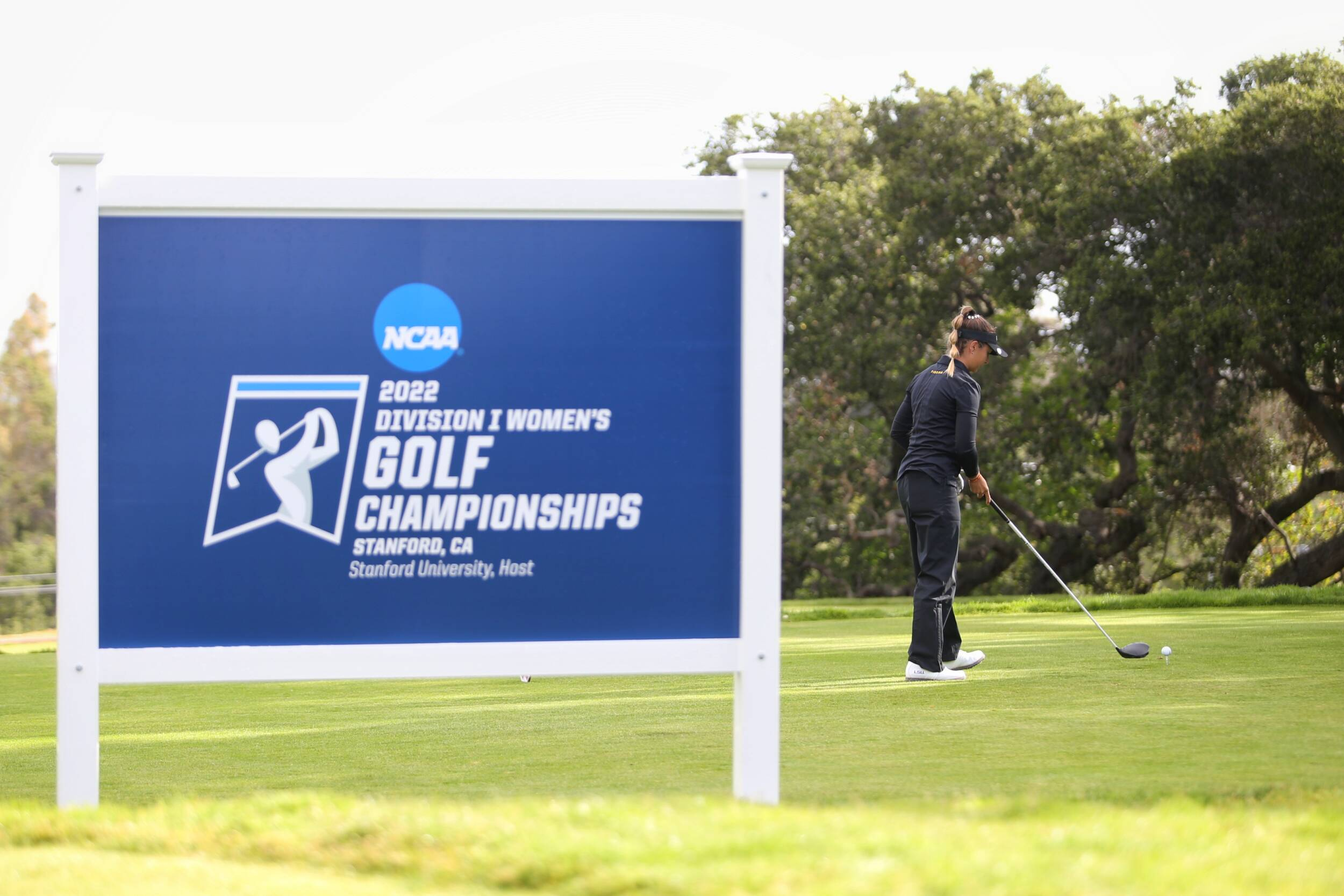 BATON ROUGE – A strong round that featured 20 birdies put the LSU women’s golf team at the top of the leaderboard after the opening day of the NCAA Stanford Regional at the Stanford Golf Course.

In the 12-team event which the top four teams advance to the NCAA Championships in Scottsdale, Arizona, later in May, LSU posted a 5-under par score of 279 over the par 71 layout. The Tigers, winners of the Southeastern Conference championship last month, entered as the No. 3 seed in the event and No. 14 in the Golfstat rankings.

So, the top three are in the top three after one round of the 54-hole tournament that runs through Wednesday and the same three teams will play together again on Tuesday.

But from there, things took one of those regional turns that sometimes happens. No. 4 seed Texas Tech and No. 5 Kentucky are in a tie for seventh at 11-over par (with No. 11 seed Princeton) while No. 8 seed Purdue is fourth at 1-over par and the No. 6 and 7 seeds — Iowa State, Northwestern — are tied for fifth at 3-over par 287.

LSU’s round was led by three players posting under par numbers on the 6,267-yard course.

Latanna Stone is the tournament’s individual leader after a 5-birdie round of 4-under 67. The Riverview, Florida junior shot 2-under on both sides of the course and was 3-under par over the last 13 holes.

Sophomore Carla Tejedo posted a 1-under 70 in her opening regional round, shooting three birdies and 1-under on the par 35 first nine holes. The native of Spain is in a group tied for seventh.

“It was a great start for us. I was very pleased with how each one of the ladies played (Monday),” said LSU Coach Garrett Runion. “To travel across country and play with Stanford at their home course and another California team in USC who are very comfortable playing here and to play as well as we did was very rewarding.

“Our top three seem to rise to the occasion and play their best in big tournaments. Latanna played exceptionally well, but to have those top three all finish under par on the day was big for us. It was a good start which is what we were hoping for but there is still a lot of golf to be played. We will go out (Tuesday) trying to improve upon what we did and try to win the day.”

Senior Jessica Bailey shot even par on the final nine holes to bring home LSU’s final counting score of 2-over 73. Freshman Elsa Svensson posted a 3-over 74.

LSU as a team did well overall on the course, shooting even par on the par 3s (third best in the field) and led the field on the par 4s at even par. The Tigers were 2-under on the par 5 holes. LSU’s 20 birdies led the field with Southern California and Purdue each recording 17.

LSU will tee off at 9:06 PT (11:06 a.m. Baton Rouge time) in the final wave of the day off the front nine. Live scoring can be found at Golfstat.com and updates during the round on Twitter @LSUWomensGolf.