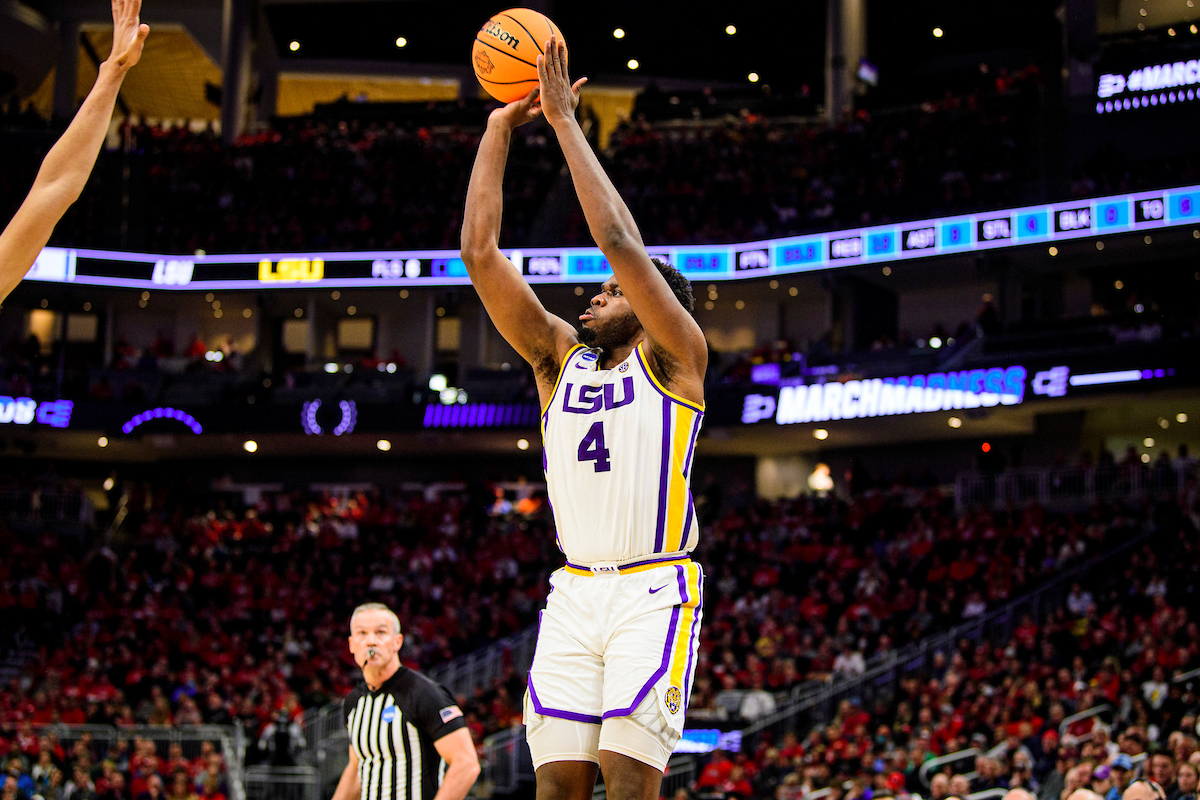 BATON ROUGE – Two former LSU basketball players were announced Monday by the NBA G League as part of a field of 44 prospects for the NBA Draft 2022 who will attend the 2022 NBA G League Elite Camp, May 16-17 at Wintrust Arena in Chicago.

The 2022 NBA G League Elite Camp gives draft prospects an opportunity to display their skills in front of NBA and NBA G League scouts, coaches and front-office executives over the course of the camp by playing in five-on-five games and participating in strength and agility drills.

Based on performance, select players from the Camp will be invited to participate in the Microsoft Surface NBA Draft Combine 2022, while will be held May 18-22, also in Chicago.

The two LSU players on the list of 44 are Darius Days and Shareef O’Neal.

Days completed an outstanding four years at LSU, earning All-SEC second team honors in 2022, averaging 13.7 points, 7.8 rebounds and 1.5 steals per game. He posted 26 double figure games in 2021-22, 70 for his career with 25 double doubles for his days at LSU. Days hit 69 three-pointers this season with 10 games of three-or-more.

O’Neal, played two seasons at LSU although was derailed by foot trouble through league play in 2021 and most of the non-conference season during the 2021-22 season. He averaged 2.9 points and 2.1 rebounds for the 14 games he was able to play in this past season.