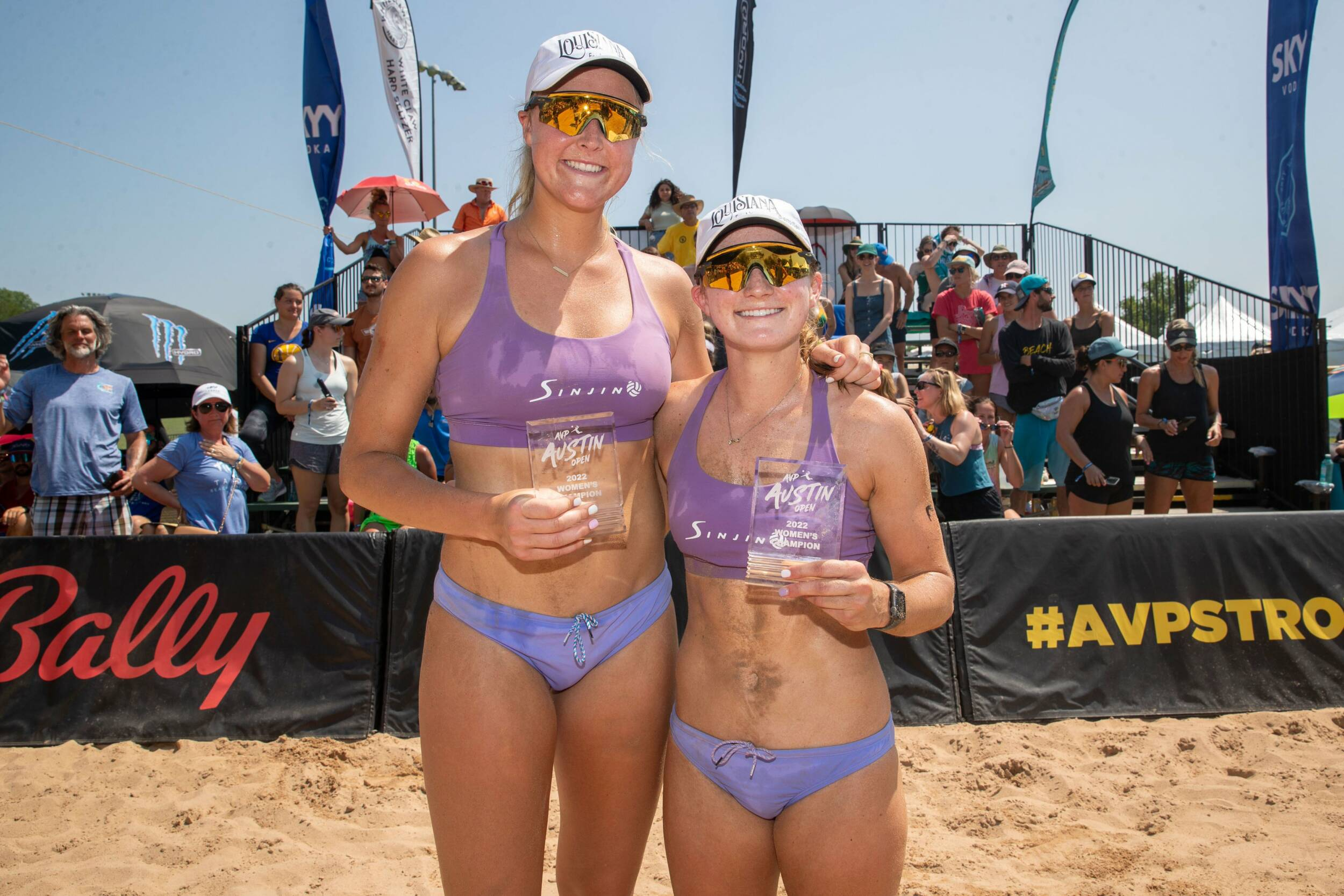 In their second career AVP victory, Kloth and Nuss showed plenty of resilience, battling back through a tough contenders’ bracket after a second-round loss to Terese Cannon and Olympian Sarah Sponcil on Friday. The pair was in outstanding form on Championship Sunday, defeating the fourth- and second-seeded teams before pulling off the ultimate upset in the final. Winners of the first tournament in a busy 2022 AVP season schedule, Kloth and Nuss will certainly be a team to keep an eye on, especially as they return to their stomping grounds at the AVP Pro Series New Orleans Open, the very next AVP tour stop May 27-29.

“I’m super excited (to play next in New Orleans),” said the New Orleans native Nuss. “I know everyone is going to come out. They’ve been looking forward to it – I’ve been getting so many text messages. I’m super excited to get back home and try to do this again.”