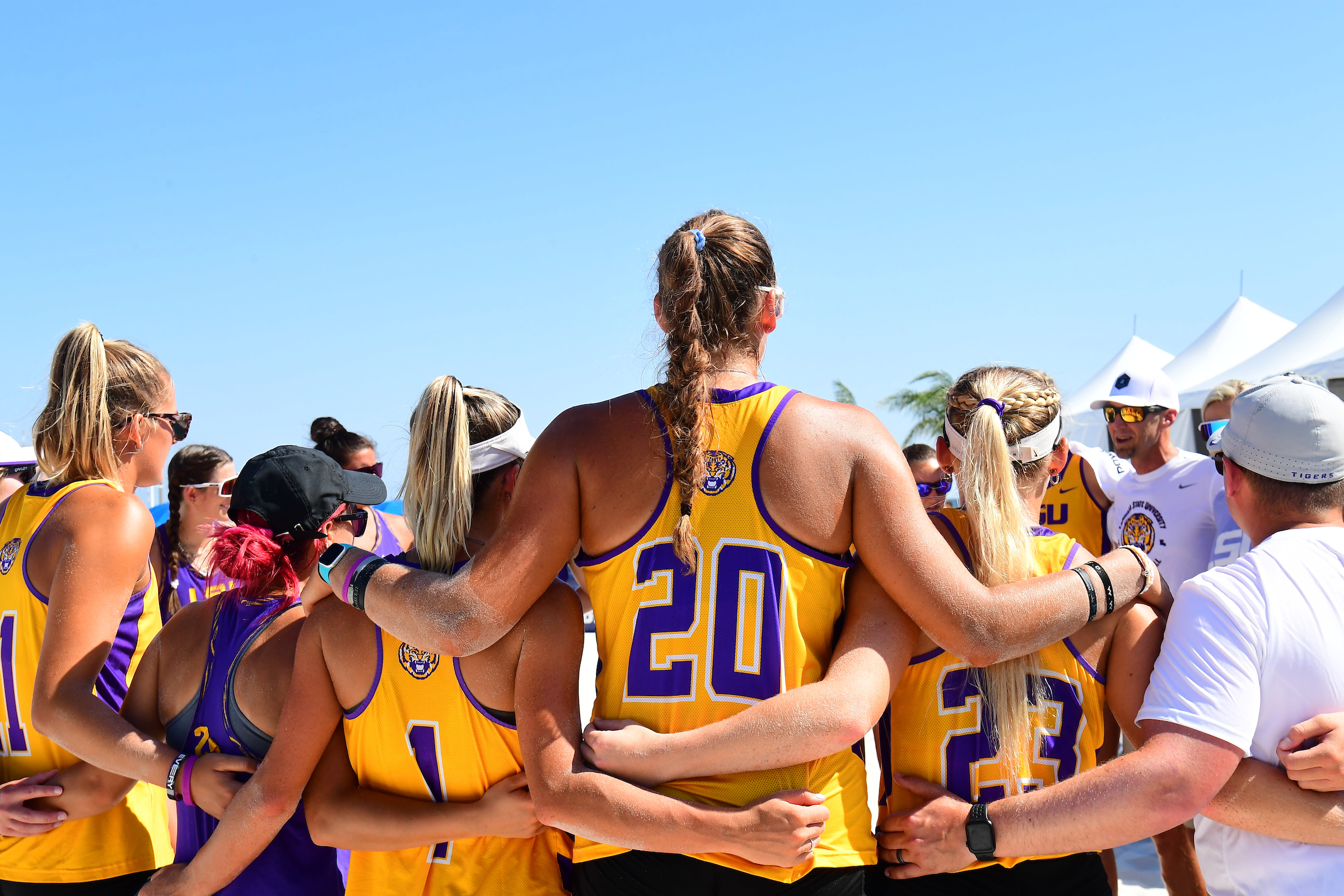 GULF SHORES, Ala. – LSU’s run at the NCAA Beach Championship came to an end Saturday afternoon against FSU as the Seminoles took down the Tigers, 3-1.

The season will go down as one of the most successful in program history. LSU’s 27 regular season wins and 32 overall were a both school records. The 32nd win came at the NCAA Championship on Friday as LSU sent No. 2 TCU home. LSU had five pairs earn AVCA Top Flight honors, tied for the most pairs by a team in a single season. Melia Lindner became LSU’s first beach Elite 90 Award winner.

“All we focused on at the beginning of the year was just playing the right way and being the team we are supposed to be and letting everything take care of itself,” said head coach Russell Brock. “It was kind of an experiment and I’m so proud that they bought into it and then to finish the season the way we did and with all of the awards and recognition that we got, it shows who they are and who we are supposed to be.”

FSU appeared to quickly be on its way to a sweep over LSU. LSU’s Reilly Allred and Holly Carlton fell in the first set on Court 3, 21-17, and they trailed in the second set, 19-15. Fitting for them though, Allred and Carlton refused to go quietly. They rattled off four points in a row and ultimately took the second set, 24-22. They carried that momentum to a 15-10 third set win to keep LSU’s comeback attempt alive. Allred and Carlton finished the season with a 15-8 record in matches that went three sets.

On Court 2, Kylie Deberg and Kelli Greene-Agnew led in the first set 13-8 but couldn’t hang on as FSU took the opening set, 25-27. The LSU duo bounced back to take the second, 21-15. They never got momentum rolling though, and fell in the third set, 15-10, as FSU clinched the match.

Sierra Caffo and Ashlyn Rasnick-Pope’s match on Court 5 went unfinished. They won the first set, 21-16, before falling in the second, 26-24. They trailed 14-10 when FSU clinched the match on Court 2.

“All we’ve asked them to do is fight as hard as they can and don’t worry about what the score is or what people say about us or how daunting the challenge may be; just keep fighting,” Brock said. “This weekend that’s all they did, they just kept fighting. It paid off in the match before and today we just ran out of time. We didn’t run out of energy or ability; we just ran out of time. Super proud of this team.”