The teams conclude the series at 1 p.m. CT Sunday in a game that will be broadcast on the LSU Sports Radio Network and streamed on SEC Network +. 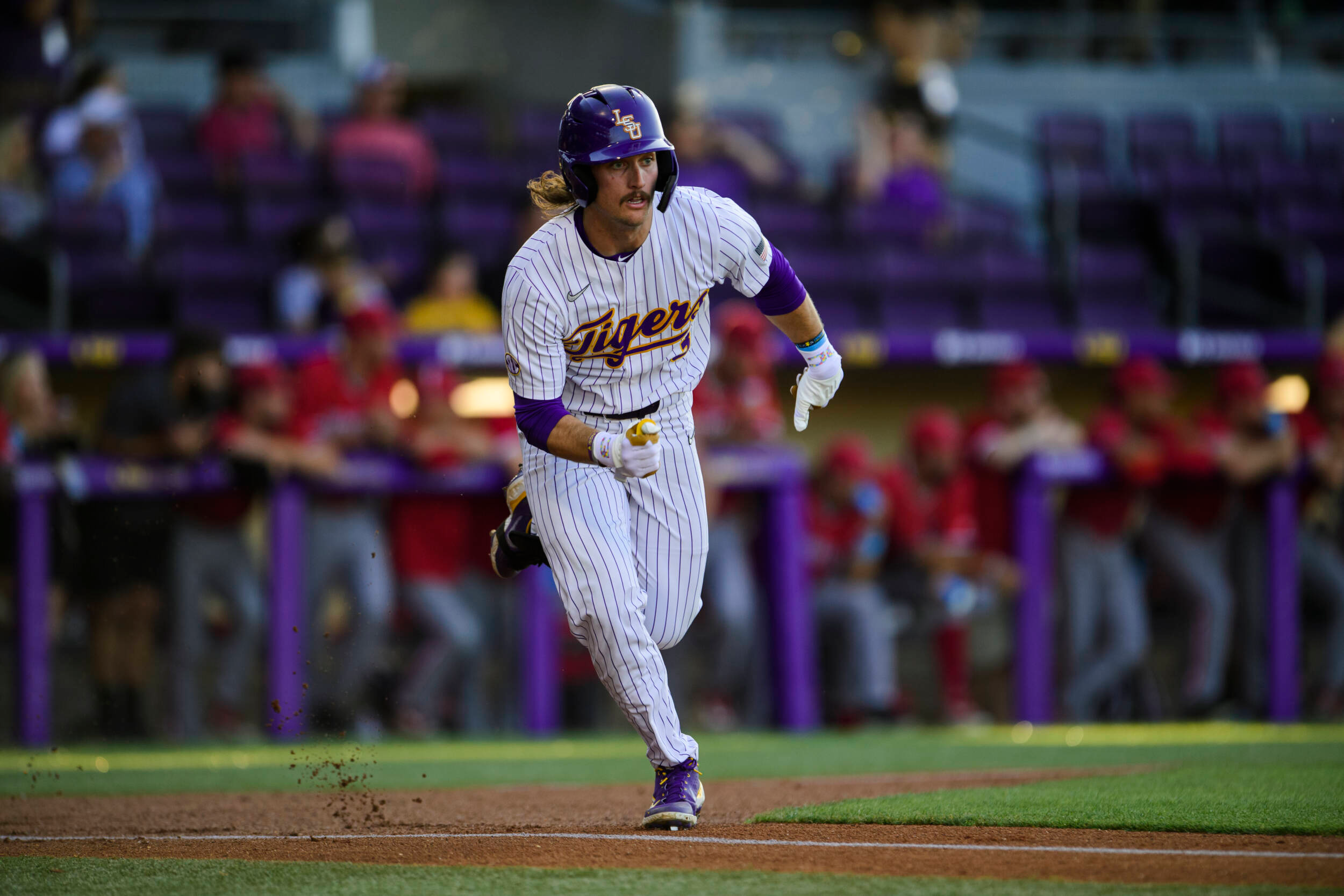 TUSCALOOSA, Ala. – Alabama right-hander Jacob McNairy limited LSU to one run in 5.2 innings Saturday night as the Crimson Tide posted an 8-3 win over the Tigers at Sewell-Thomas Stadium.

The teams conclude the series at 1 p.m. CT Sunday in a game that will be broadcast on the LSU Sports Radio Network and streamed on SEC Network +.

LSU starting pitcher Blake Money (2-4) was charged with the loss, as he did not record an out and allowed two runs on two hits with two walks.

The Tigers were led at the plate by centerfielder Dylan Crews, who unloaded two homers to account for all three LSU runs.

“This wasn’t a good game for us,” said LSU coach Jay Johnson. “We dug ourselves an early hole, but Dylan Crews was outstanding. He showed why he’s one of the best hitters in the country, so that was a positive. We had a few good at-bats, but we’ve got to pitch better and limit the mistakes on defense. We can’t make those mistakes against good teams.

“We’re actually in a better position with our pitching tomorrow than we were at this point last weekend. I’m excited to get our pitchers out there competing on the mound tomorrow.”

LSU took a 1-0 lead in the first inning when Crews launched his 14th homer of the year over the batters’ eye in center field.

Alabama responded with two runs in the bottom of the first on an RBI single by catcher Dominic Tamez and a sacrifice fly by designated hitter William Hamiter.

The Tide extended its lead to 5-1 in the second inning against reliever Grant Taylor, taking advantage of two walks, an error and a wild pitch to plate three runs.

Alabama capitalized on two more LSU errors in the third inning to expand its lead to 7-1.

The Tigers narrowed the gap to 7-3  in the seventh when Crews blasted his second homer of the game — a two-run shot to right field – marking his 15th dinger of the season.

Ty Floyd pitched the final four innings of the game for the Tigers, limiting Alabama to one run on two hits with one walk and five strikeouts.

Alabama closer Dylan Ray preserved the win for the Tide, allowing no hits over two scoreless innings with two walks and four strikeouts.