The teams resume the series at 7:30 p.m. CT Saturday in a game that will be televised on the SEC Network and broadcast on the LSU Sports Radio Network. 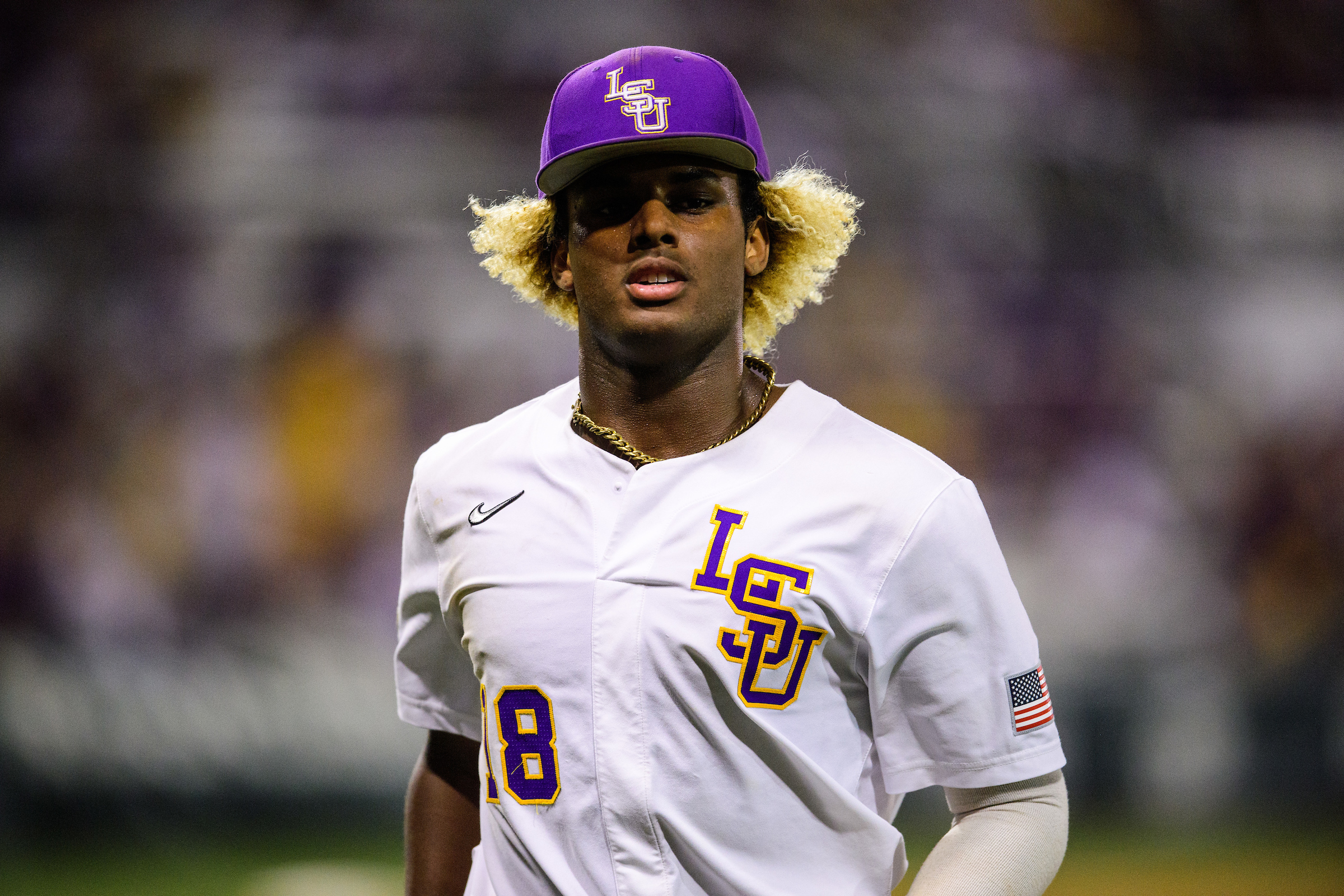 TUSCALOOSA, Ala. – Centerfielder Dylan Crews lined the go-ahead RBI single in the sixth inning Friday night, and the LSU bullpen blanked Alabama over the final four innings as the Tigers posted a 6-5 win over the Crimson Tide at Sewell-Thomas Stadium.

LSU, which has won eight of its last 10 games, improved to 31-14 overall and 13-9 in the SEC. The Tigers also boosted their record to 7-3 this season in one-run games.

The teams will resume the series at 7:30 p.m. CT Saturday in a game that will be broadcast on the LSU Sports Radio Network and televised on the SEC Network.

The game was tied 5-5 in the top of the sixth when leftfielder Josh Stevenson drew a two-out walk, moved to second when rightfielder Josh Pearson was hit by a pitch, and scored when Crews slapped a single into right field.

“Fundamentals, competitiveness and character are going to decide one-run games, and I think was showed all of those tonight,” said LSU coach Jay Johnson. “Our pitchers did a great job throwing strikes, we strung together some quality at-bats and we made some nice plays on defense. We didn’t have a great flow to the game early, but we stayed with it, and that showed the competitiveness and character of our team.”

Cooper (4-2) was credited with the win, as he entered the game in the fifth inning in relief of starter Ma’Khail Hilliard and worked 1.2 scoreless innings.

Reyzelman recorded four strikeouts in 1.2 innings, and Gervase earned his fifth save of the season as he pitched a scoreless ninth inning with one walk.

Alabama reliever Brock Guffey (2-3) was charged with the loss, as he surrendered one run on four hits in four innings with two walks and two strikeouts.

Alabama took a 1-0 lead in the first inning when shortstop Jim Jarvis singled, moved to second on a wild pitch, advanced to third on a flyout to right field by first baseman Drew Williamson, and scored on a passed ball.

The Tide extended the lead to 2-0 in the third when centerfielder Caden Rose doubled and scored on a double by rightfielder Andrew Pinckney.

LSU, however, erupted for five runs in the fifth inning to seize a 5-2 advantage. Catcher Tyler McManus led off the frame with a solo homer – his fifth dinger of the year – before Crews walked, advanced to third on a failed pickoff attempt by Alabama catcher Dominic Tamez, and scored on third baseman Jacob Berry’s RBI single.

Second baseman Cade Doughty followed with a double to score Berry, and first baseman Tre’ Morgan blasted a two-run homer to give the Tigers a three-run edge.

Alabama responded in the bottom of the fifth with three runs of its own to tie the game at 5-5. The Tide collected five singles in the inning, including run-scoring hits by Pinckney, Tamez and leftfielder Tommy Seidl.