Tigers Advance to NCAA Second Round, Face No. 12 Texas 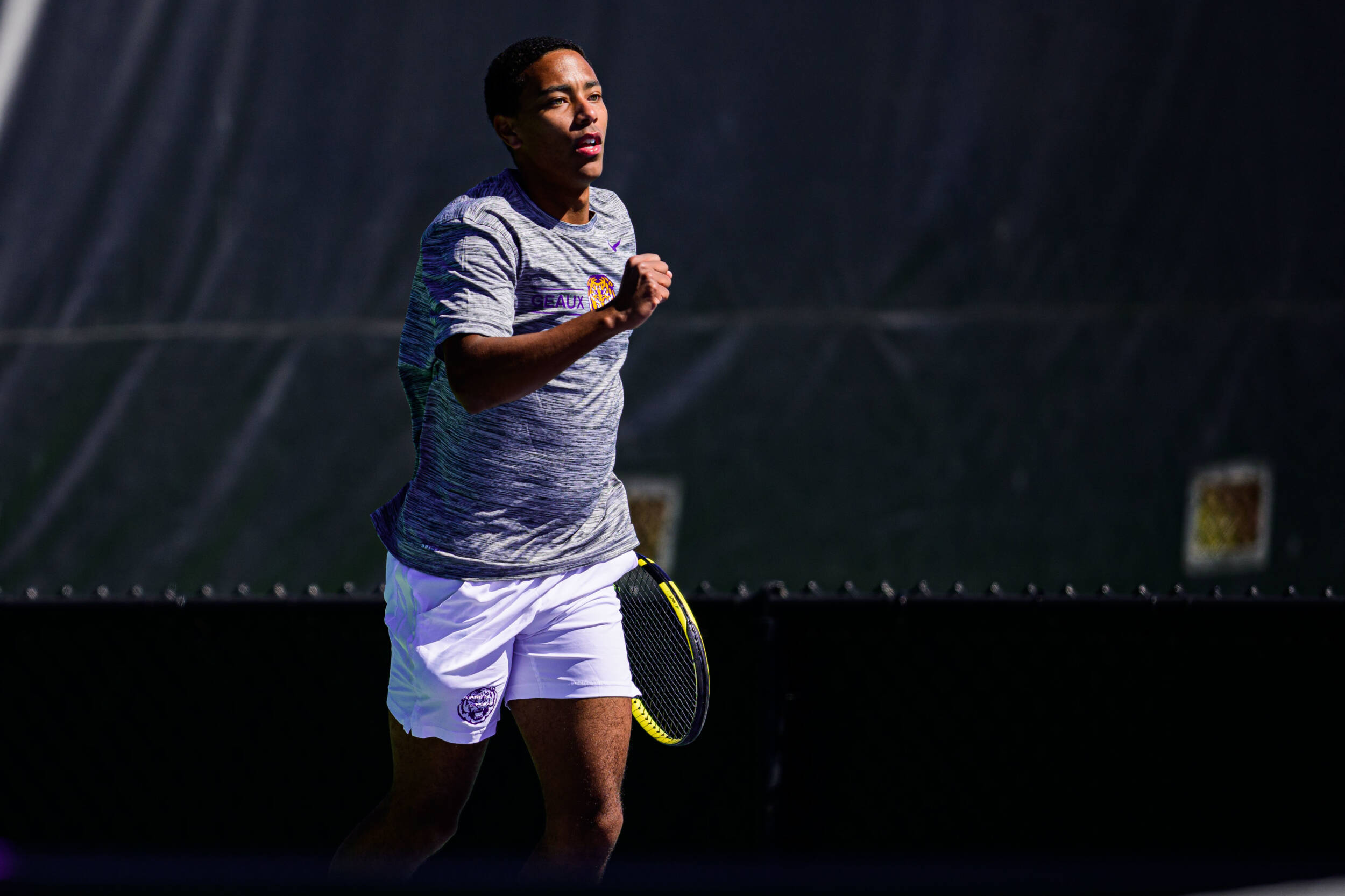 AUSTIN, TEXAS—The LSU men’s team advanced to the second round of the NCAA Tournament after defeating SMU, 4-3, Friday afternoon at the Texas Tennis Center.

In doubles, LSU found themselves in a 4-5 hole on courts one and three and weren’t able to dig out of it. No. 39 Adam Neff/Pranav Kumar defeated Vlad Lobak and Ronald Hohmann, 6-4. Kent Hunter and Gabriel Diaz Freire handled business on court two, defeating Caleb Chakravarthi/Ivan Thamma, 6-3. SMU’s Huntley Allen/Julian Steinhausen clinched the doubles point after a 6-4 victory over Ben Koch and Nick Watson.

Losing the doubles point wouldn’t phase the Tigers as they came out firing in singles. No. 29 Ronald Hohmann got LSU on the board after a straight-set victory over Adam Neff, 6-4, 6-2, on court one.

Ronnie ends it with an ace. 😮‍💨

Boris Kozlov would put the Tigers up 3-1 after a straight-set victory over Julian Steinhausen, 6-3, 6-2.

BK IS THAT GUY. NEED ONE MORE‼️

SMU would mount a comeback after Liam Krall defeated Vlad Lobak, 7-6(1), 6-2. Courts three and four would decide the match as Gabriel Diaz Freire and Kent Hunter would head to third sets. Diaz Freire dropped the first set, 3-6, but won the second set, 6-2. SMU’s Pranav Kumar would tie the match at three, after blanking Diaz Freire in the third set, winning, 6-3, 2-6, 6-0.

All eyes fell on court three as Kent Hunter and Caleb Chakravarthi headed to a third set. Hunter fell behind early in the third set, going down 1-2. Hunter turned it up from there and rung off five straight games. After Chakravarthi’s backhand landed out, the Tigers stormed the court as they advanced to the Second Round of the NCAA Tournament and celebrated their 4-3 victory over SMU.

The No. 12 Texas Longhorns swept Idaho, 4-0, meaning LSU will have a date with Texas on Saturday, May 7, at Noon CT at the Texas Tennis Center. The winner will advance to the Sweet 16 against the winner of the Ann Arbor Regional.