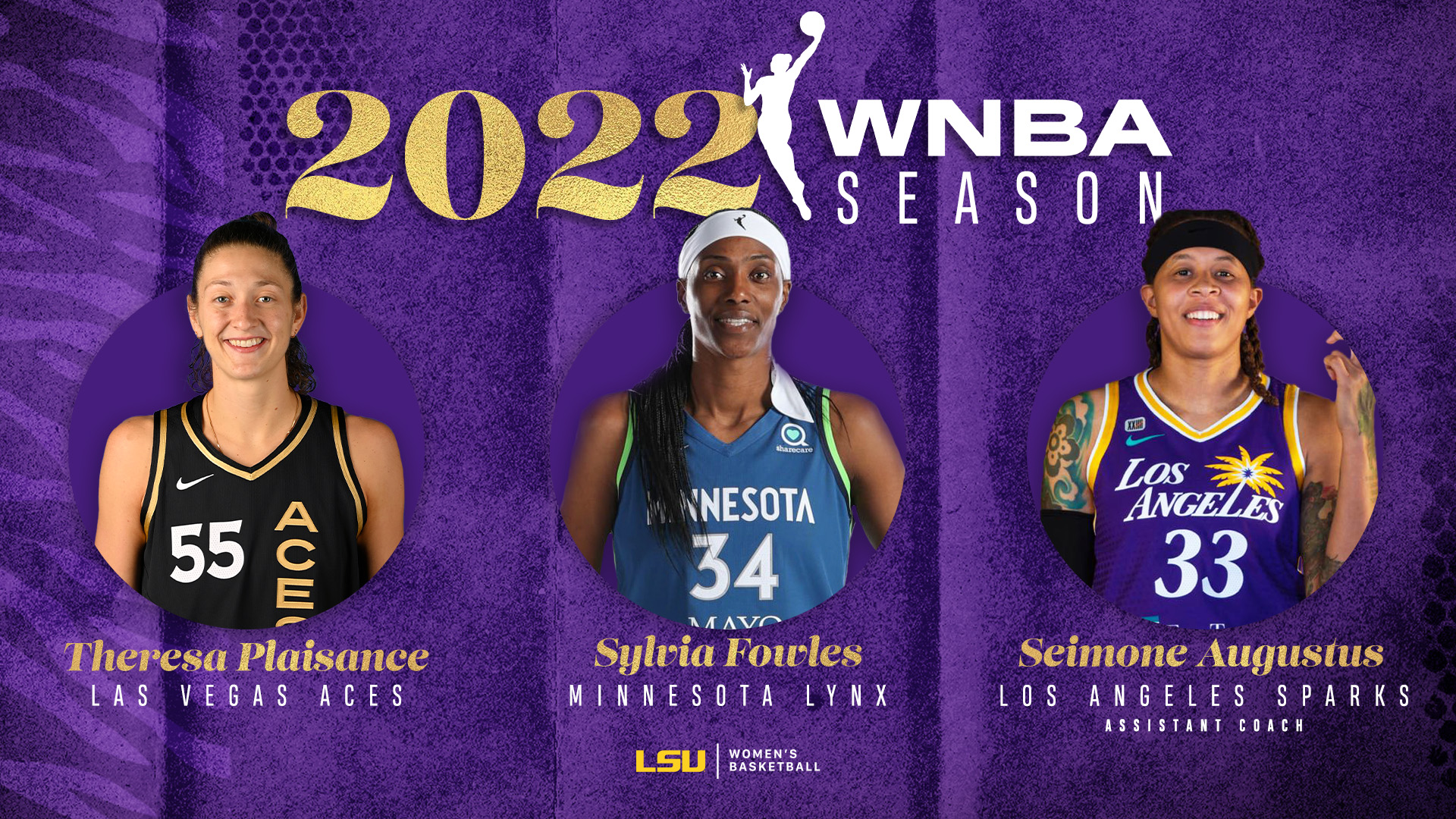 BATON ROUGE – The 2022 WNBA will begin on Friday and three former LSU Women’s Basketball players – Sylvia Fowles, Theresa Plaisance and Seimone Augustus – will be in action as either players or as a coach.

Augustus will be on the sidelines Friday for the LA Sparks as an assistant coach taking on the defending champions Chicago Sky at 8 p.m. CT on NBA TV. Plaisance and the Las Vegas Aces will be on NBA TV following that game at 9 p.m. CT against Phoenix. Fowles will also be in action with Minnesota to open the season against Seattle Twitter.

Fowles announced in February that this season, her 15th season in the WNBA, will be her last as she plans to retire at the season’s end. At 36 years old, Fowles is still playing as one of the top players in the league for Minnesota. She is coming off a season in which she was named WNBA Defensive Player of the Year for the fourth time. She was also named to the WNBA All-Defense First Team and to the All-WNBA Second Team. Fowles started 31 games last season and averaged 16.0 points, 10.1 rebounds, 1.8 steals and 1.8 blocks per game. She became the second player in league history to rank among the top five in defensive rebounds, steals and blocks in the same season. Last year was Fowles’ league-leading sixth time to average a double-double for the entire year.

Plaisance is in her first season with the Las Vegas Aces after playing for Washington last season. She scored in double figures 11 times last year, including a career-high 25 against Atlanta on June 17. Two days later Plaisance grabbed a career-high 12 rebounds against Indiana. She averaged 6.4 points, and 4.4 rebounds per game last year.

Augustus is entering her second season as an assistant coach for the Sparks. In April LSU announced plans to honor Augustus with her own statue – becoming the first female athlete from LSU with a statue.