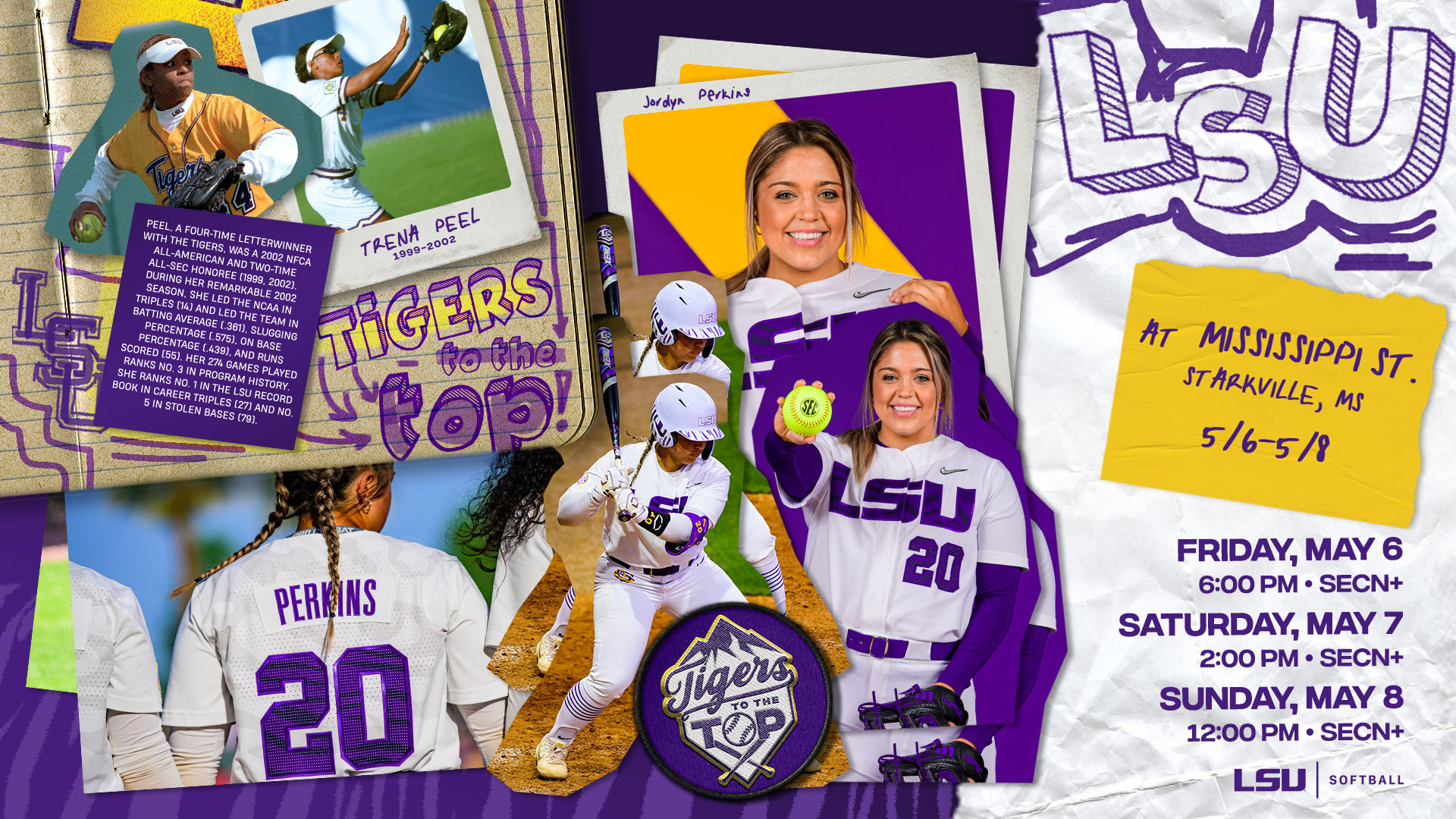 Each game of the series will be streamed on SECN+ and Patrick Wright will call the games on the LSU Sports Radio Network, 107.3 FM in the Baton Rouge area. The series opener will be at 6 p.m. CT Friday, game two will be at 2 p.m. CT Saturday, and the series finale is slated to begin at noon CT Sunday.

Junior Ali Kilponen is 17-5 in the circle with a 2.11 ERA that sits eighth in the SEC. Her 129 strikeouts rank No. 7 in the league and has totaled five shutouts and one no-hitter this season. Sunseri is 7-7 with a 2.97 ERA and has 56 strikeouts, while freshman Raelin Chaffin (6-2) this season on the rubber with a 3.23 ERA, 48 strikeouts, and has two complete games and one shutout in 14 appearances.

LSU leads Mississippi State 56-10 in the all-time series. The two clubs will face off for a three-game series for the first time since the Tigers won it 2-1 April 5-7, 2019, in Starkville.

Mississippi State is coming off a 2-1 series loss at Kentucky and has fell in seven of its last nine SEC contests. The Bulldogs register a .287 batting average and has 374 hits and 246 RBIs. They also have a 3.14 ERA with 347 strikeouts (No. 4 in SEC).

Next is the SEC Tournament May 10-14 held in Gainesville, Fla. The final seedings and tournament schedule will be released at the conclusion of the weekend.