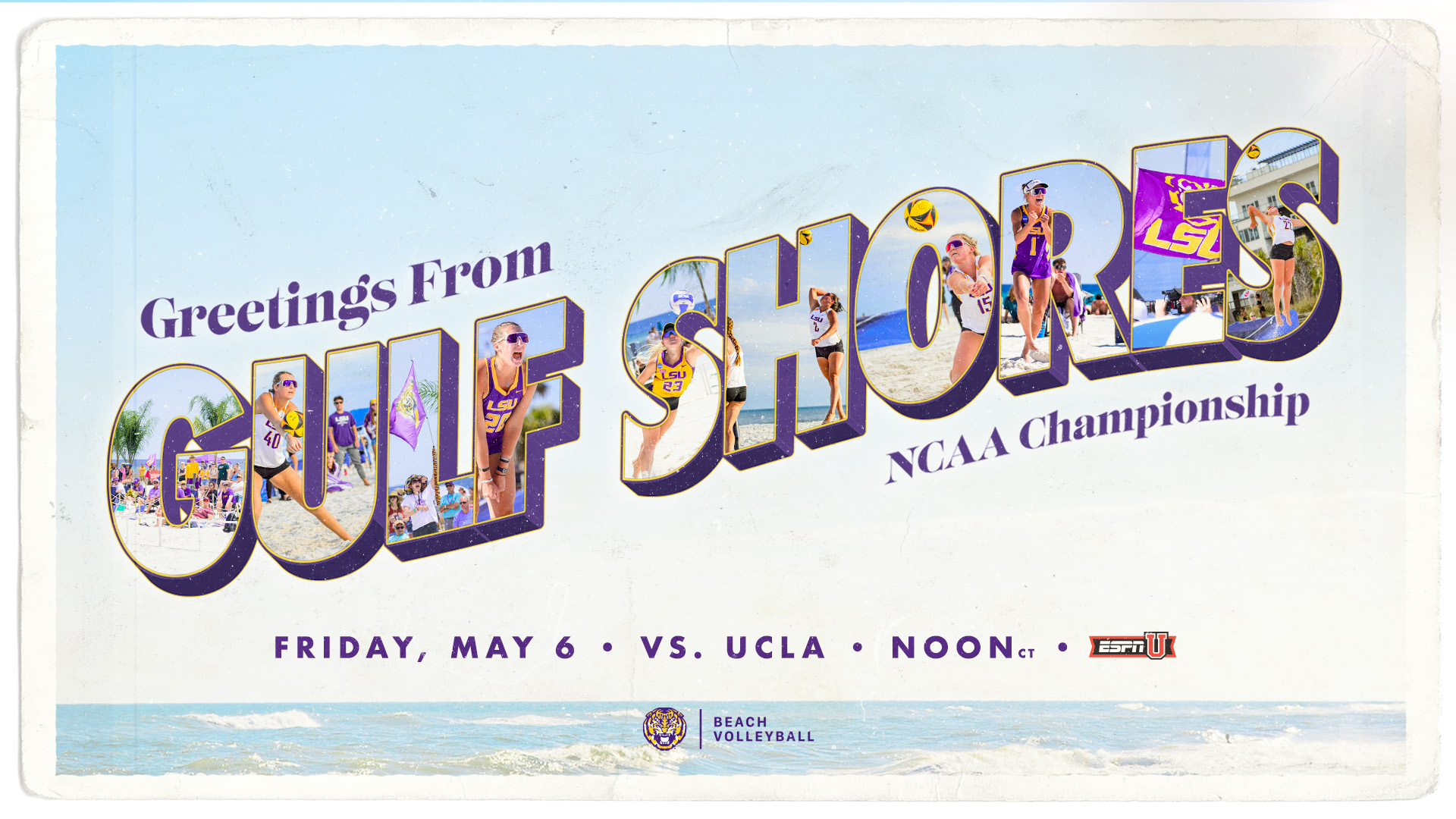 NOTE: The scheduled noon CT start time will be delayed due to rain/lightning in the area. Follow @LSUbeachVB for updates.

“It’s going to be an incredibly intense battle,” said head coach Russell Brock. “It’s going to be really challenging and it may come down to one play. We have to be mentally and emotionally ready to make that play.”

The double-elimination bracket guarantees LSU two matches on Friday. A win against the Bruins would set up a match at 4 p.m. against the winner of No. 2 TCU and No. 10 Georgia State. Every match on Friday will be televised on ESPNU and coverage from each individual court will also be available on ESPN +.

LSU took down Cal in a tightly contested match during Wednesday’s round of single-elimination. With the match tied at two courts, Sierra Caffo and Ashlyn Rasnick-Pope won in three sets on Court 5 to survive the Golden Bears. LSU also won on Court 4 with a dominant performance from Grace Seits and Ellie Shank as well as on Court 3 with Reilly Allred and Holly Carlton.

UCLA was tested in the opening round too. The Bruins were on the brink of elimination, but came back, down three points in the third set on Court 2 to clinch the match, 3-2.

The Tigers and Bruins are familiar with each other. UCLA has won both matches this season, but LSU came close to knocking off the Bruins on their most recent matchup. On Manhattan beach the match came down to a third set on Court 3 where Reilly Allred and Holly Carlton fell, 15-13. Both teams have shuffled pieces around their lineup since then.

UCLA and LSU also have a history of matching up in the postseason, having played each other every year at the NCAA Championship since 2017. UCLA sent LSU home in the semi-finals last season with a 3-2 victory where the Bruins pulled out a 15-13 third-set win on Court 5. The Tigers are still looking for their first postseason win over the Bruins.