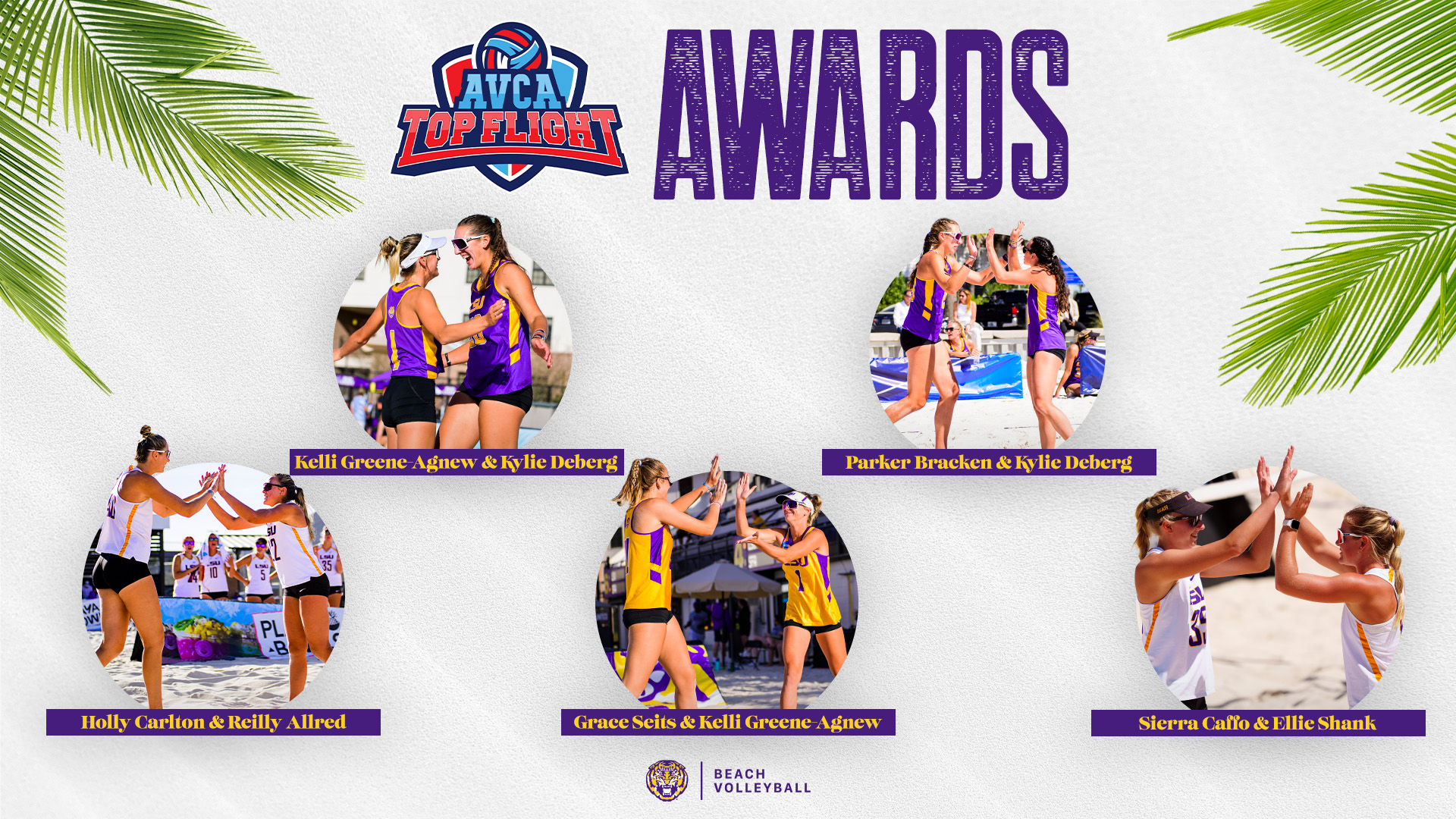 With five pairs earning Top Flight honors, LSU ties a record for the most pairs to earn Top Flight on a single season and sets the LSU record. Deberg and Agnew, who earned Top Flight Status on Court 2 together, become the first two players  in Top Flight history to earn the honors with multiple partners. In order to be earn Top Flight recognition a pair must play together in 15 matches or more on the same court and also win at least 75-percent of those matches.

LSU is currently competing at the NCAA Championship and after Wednesday’s win over Cal, the Tigers are one of the final eight teams left standing with double-elimination set to start Friday. LSU will matchup with UCLA at noon CT on Friday on ESPNU. No matter the outcome, the Tigers will play again later Friday afternoon.

Bracken and Deberg began the season as a pair and went 14-5 together on Court 2. With both of them playing college beach volleyball for the first time, Bracken and Deberg won their first 14 matches together and were named the AVCA National Pair of the Week following the third week of the season.

Allred and Carlton have been a solid pair since the start of the season with a 28-5 record on Court 3 where they earned Top Flight. They have also played as a pair on Courts 1 and 2 and have an overall record of 30-10. Allred and Carlton have excelled in crunch time playing over half of their matches all the way to three-sets where they have a 13-8 record. They are also 14-10 against pairs from ranked teams.

Caffo and Shank went 15-3 on Court 5 to earn Top Flight status and they also won their only two matches as a pair on Court 4. They were a solid duo for LSU to start the season, beginning the year on a seven-match win streak. Caffo and Shank were 7-3 during the season against pairs from ranked teams.