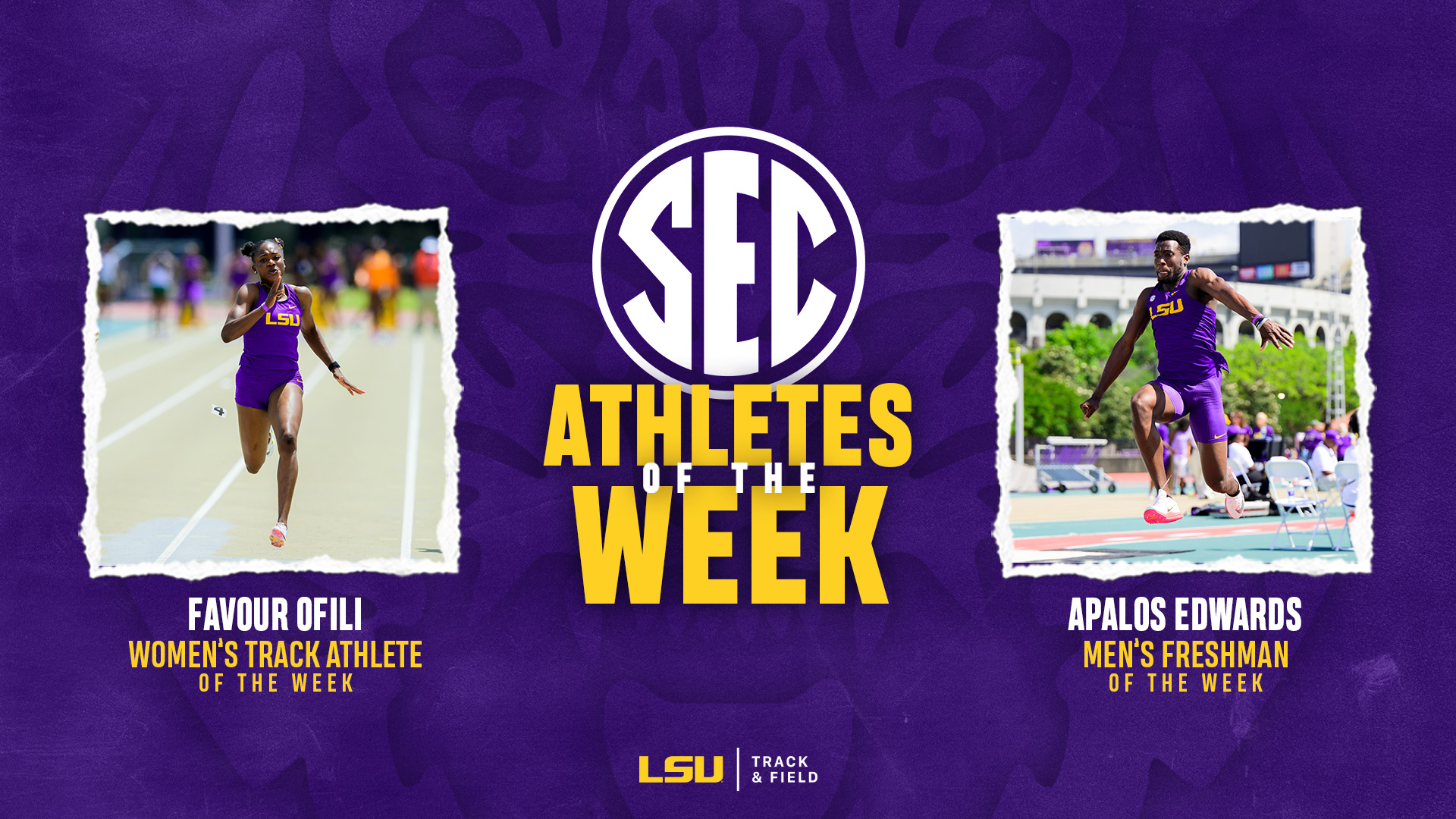 It’s the second award of the season for Ofili outdoors. She earned it by clocking a personal best time of 10.93 seconds in the 100 meter dash, a race where she beat three Olympic/world medalists in the meantime. The time is No. 4 overall in the NCAA this season and ranks as the second fastest wind legal time in college this year. It’s No. 4 on the world list and it moved her up to No. 3 in Nigerian history and No. 5 in African history as well. It’s also No. 5 in LSU history and makes her the eighth fastest performer in collegiate history.

LSU track and field has concluded its regular season and will open postseason action May 12-14 in Oxford, Mississippi, at the SEC Championships.