LSU improves to 30-14 on the season, and the Tigers are now 24-6 in home games at Alex Box Stadium, Skip Bertman Field. 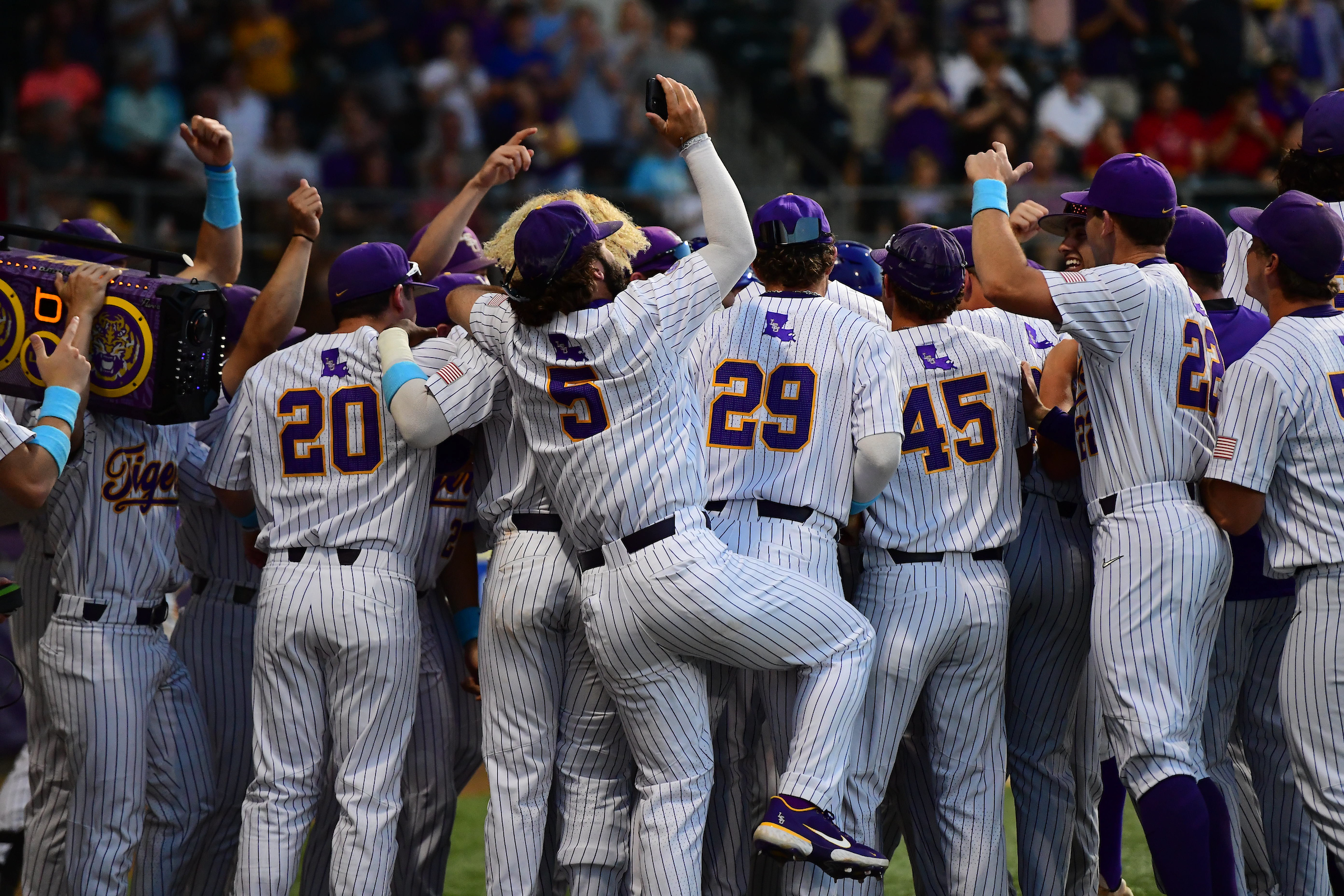 LSU improved to 30-14 on the year, while Nicholls dropped to 24-17. The Tigers return to action at 6 p.m. CT Friday when they begin a three-games SEC series versus Alabama in Tuscaloosa, Ala.

“Really proud of the team tonight,” said LSU coach Jay Johnson. “The pregame message was that we really wanted them to take ownership of their preparation and being ready to play. Their focused remained on what we needed to do tonight to be successful, and I’m very proud of them for that.”

Pearson was 3-for-6 on the night with two homers, five RBI and two runs scored. Third baseman Jacob Berry was 3-for-4 at plate with a solo homer – his 15th of the season and two RBI.

“When I was looking at the recruiting class when I first took this job, Josh was someone who really stood out to me,” Johnson said. “I thought he could become a great player here, it was just a matter of when, and he was very patient at the beginning of the season and always ready for his opportunity. He has really turned into something special for us, and he’s going to be a staple in our lineup for a long time.”

Left-hander Jacob Hasty (1-0), the second of eight LSU pitchers, was credited with the win, marking his first career collegiate victory. Hasty worked 1.2 scoreless innings with no hits, no walks and three strikeouts.

Nicholls starter Josh Mancuso (2-1) was charged with the loss as he surrendered two runs on five hits in 2.0 innings with one walk and two strikeouts.

LSU received an effective start from right-hander Bryce Collins, who pitched the first 2.2 innings and limited Nicholls to no runs on no hits with one walk and two strikeouts.

Right-hander Ty Floyd, who followed Hasty on the mound, also turned in a solid outing, blanking the Colonels over 2.1 innings with one hit, no walks and four strikeouts.

The Tigers took a 2-0 lead in the second inning on RBI singles by Pearson and by Berry. The duo also highlighted the Tigers’ five-run third inning as Pearson blasted a three-run homer and Berry added a solo shot. LSU led 7-0 after the third inning uprising, which also featured an run-scoring single by leftfielder Josh Stevenson.

Pearson’s solo homer in the fifth increased the advantage to 8-0 before Tigers added single runs in the sixth and seventh, respectively, on an RBI single by catcher Tyler McManus and a wild pitch that score pinch runner Jack Merrifield from third base.

Nicholls scored its first run of the contest on rightfielder Xane Washington’s solo homer in the eighth, and Colonels scored five runs – three earned — in the ninth to account for the final margin.