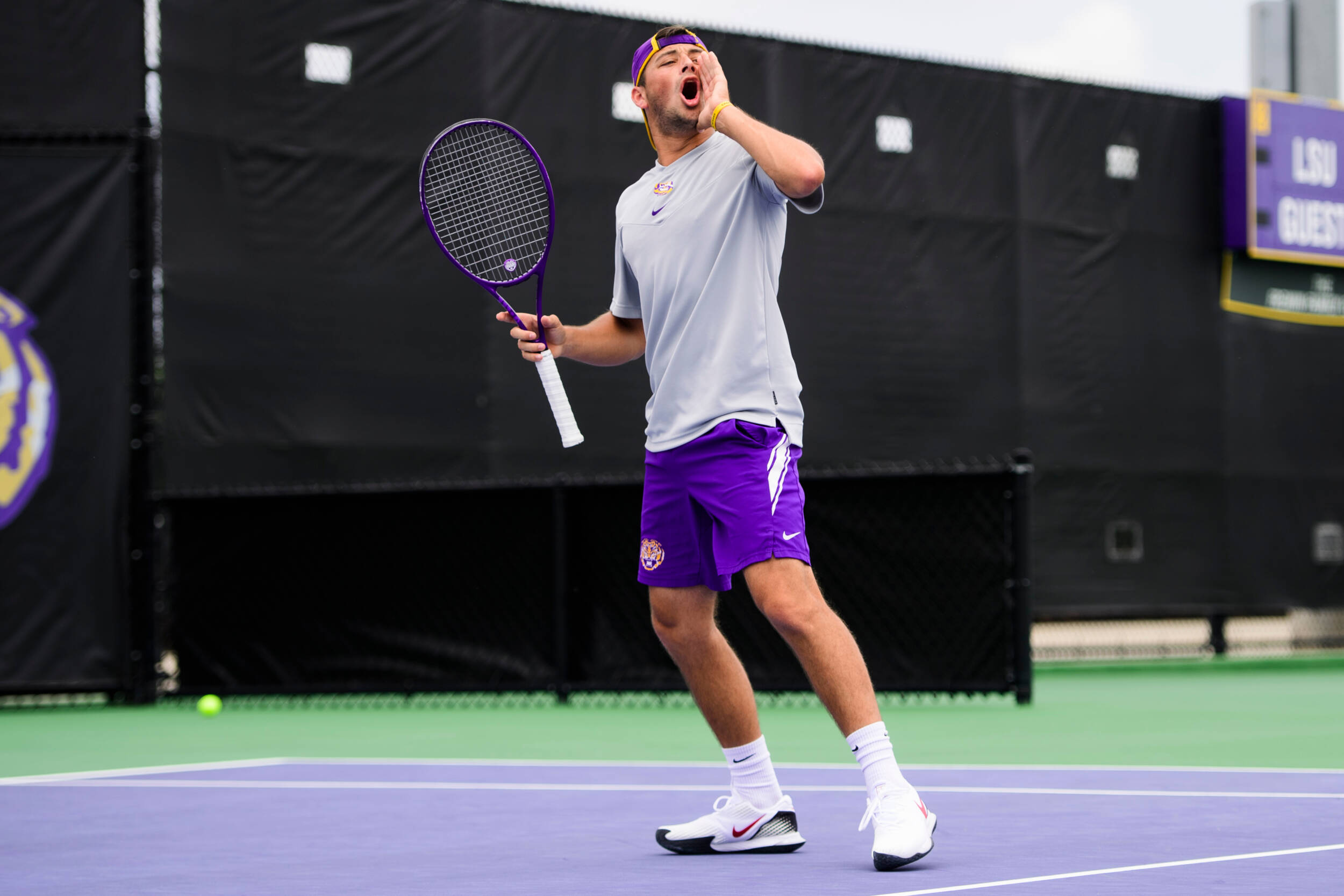 Hohmann will represent LSU in the 64-man singles field, going to the NCAA Singles Championship for a second consecutive year.

The Oyster Bay, N.Y. native, who was just recently tabbed All-SEC Second Team for the second consecutive year, is ranked No. 28 in singles, with a 12-11 overall record.

“It feels good to be back playing at NCAA individuals for the second consecutive year,” said Hohmann. “It’s been an up and down year after coming back from surgery, but I’ve kept grinding and worked hard to make it back. Last year, I didn’t want the result I wanted after losing in a third-set tiebreaker, so I’m going to come out stronger and see how I can do.”

The singles and doubles competition will be conducted May 23-28 at the Khan Outdoor Tennis Complex in Champaign, Illinois, after the conclusion of the team championship, which runs from May 19-22.

All matches in the individual championships shall be the best-of-three sets. No-ad scoring and a 7-point tiebreaker (first to seven points, must win by two points) at six-games-all will be used for all matches. In doubles, a 10-point match tiebreaker will be played in lieu of a third set.

LSU will face No. 20 SMU on Friday, May 6 at 10:00 a.m. in the first round of the NCAA Tournament at the Texas Tennis Center in Austin, Texas.