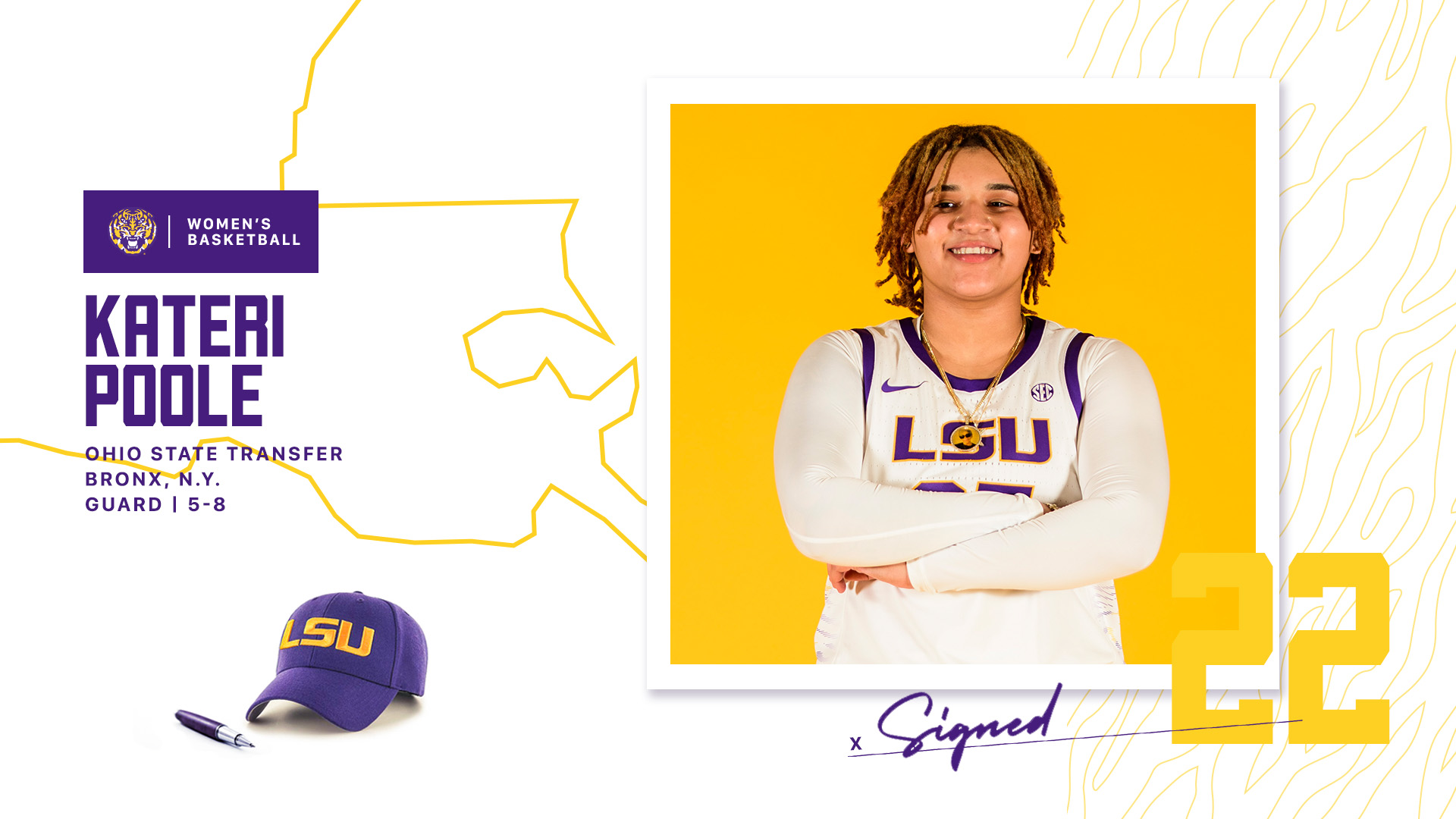 “I’m excited to welcome Kateri to the LSU family,” said Coach Mulkey. “She is a tough, physical guard that brings energy and excitement every time she steps on the court! Having played in the PMAC during March Madness for Ohio State, I know Kateri is looking forward to returning and playing in front of our amazing fans!”

“I believe in Coach Mulkey, and what we want together as a program,” Poole said. “With her passion and love for the game, I can only work harder. Geaux Tigers!”

The Bronx, New York native started 13 of the Buckeye’s first 14 games before suffering a minor injury. Poole ended up playing in 25 total games and averaged 4.8 points and 2.4 assists per game. She finished the season with four games in which she scored 10 or more points and had three games with five or more assists.

Poole played in all 20 games of her freshman season and started the final five. Averaging 6.6 points, 2.6 rebounds and 2.0 assists, Poole earned a spot on the Big 10 All-Freshman team. She scored in double-figures four times during her first collegiate season.

As a former five-star recruit, Poole was ranked as the No. 24 player in her class by ESPN Hoopgurlz. As a senior she was named Miss New York by the Basketball Coaches Association of New York and earned First Team All-State honors after averaging 18 points, 6 rebounds and 5 assists at South Shore High School.