Softball Comes Up Short in Extra Inning Game to Florida, 2-1 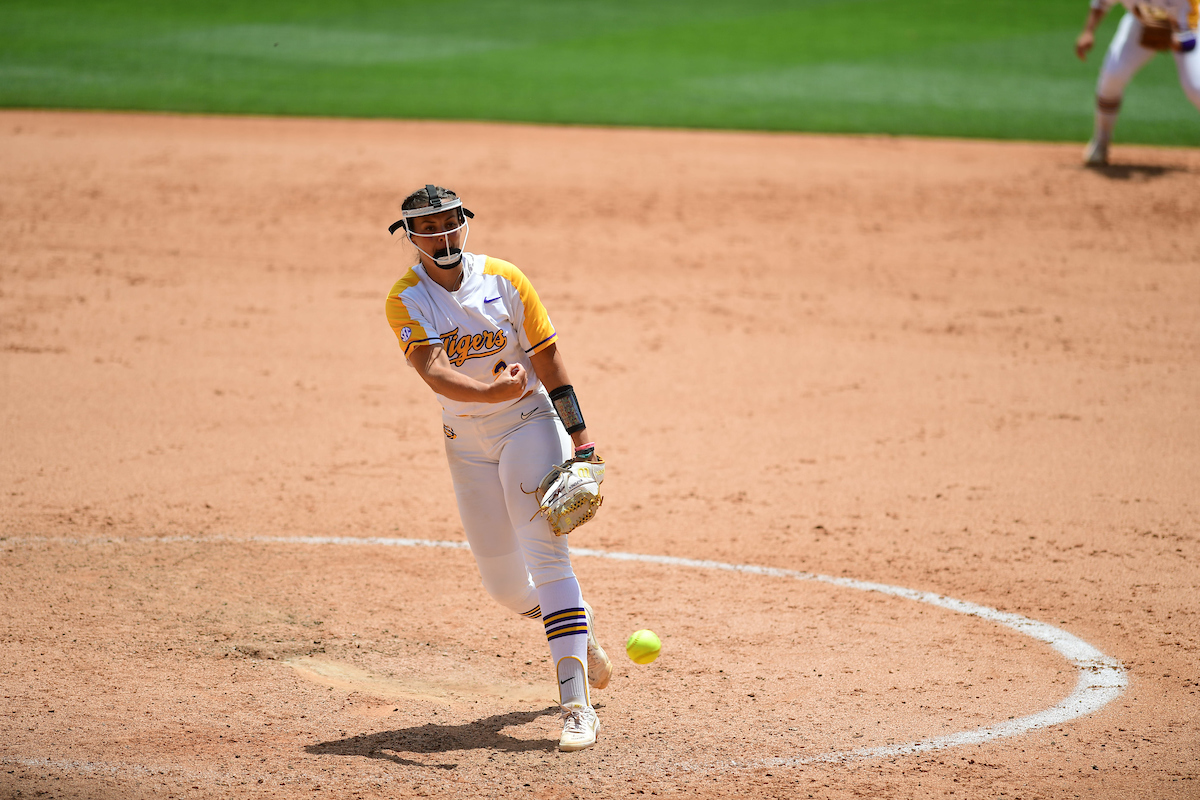 Sophomore Danieca Coffey finished with a team-high two hits in four at-bats, while senior Shelbi Sunseri had one hit and one RBI. Junior Georgia Clark, sophomore Ali Newland, and freshman McKenzie Redoutey each had one hit to make up the six LSU hits on the day.

The Gators scored first thanks to a sacrifice fly in the second inning, but after three scoreless frames to start the game, the Tigers knotted the score 1-1 in the fourth with an RBI single off Sunseri’s bat.

The Tigers’ defense held off Florida for six consecutive innings, but Florida hit a solo shot in top of the ninth inning to grab a 2-1 lead and eventual final score.

On the game being so competitive…

“It came down to just a couple of pitches and I think we allowed that to happen by not taking advantage of some situations that we had. I think it could have easily gone our way. I think our defense played well and Ali [Kilponen] pitched incredibly. She worked her way out of some jams and made some big pitches in some big spots. You know, just didn’t get that timely hit.”

On McKenzie Redoutey’s near homerun…

“We have had that play more times than I would like to see this year where it seems like the ball always bounces back in, but I think it’s just one of those things. I don’t know if we can do anything differently about it. I guess hit it another foot further, another couple inches further. She put a good swing on a pitch, so she did a good job.”

On how she felt after throwing over 150 pitches…

“I feel good. Our trainers help keep us going. I have some good stretches I do during the game, and they help take care of me after the games, so my body feels fine. I could pitch another seven innings if needed.”

On the homerun in extra innings…

“[Cheyenne] Lindsey is just a great hitter. That was my fifth time facing her today, and at the end of the day you just have to tip your cap because it was a good pitch, she just had my number during that at bat.”

On her last game in Tiger Park…

“It’s a bittersweet moment. We knew it was coming, so I think that I was kind of prepared for it. Really all I can say is that I’m blessed to be able to have done this journey with these people. I think that’s the coolest part of it. It’s like yes, it is coming to an end, but you still have postseason, and you still have games left. I think it’s just a bittersweet moment knowing that this was my last game in Tiger Park, and I got to do it with people that I love and with coaches that I love so much.”

On the game coming down to the wire…

“It was definitely a close game. We fought the whole time. I think Ali [Kilponen] threw a heck of a game and did all she could for us. I think at the end of the day, we just didn’t get things to fall where they needed. We didn’t get timely hits when we needed them. They threw well today as well. They had a plan and they stuck with it. We put up a good fight though and our defense played phenomenally, we just came up short this time.”

LSU will end the regular series with a three-game series at Mississippi State May 6-8.