Beach Secures No. 6 Seed at NCAA Championship in Gulf Shores 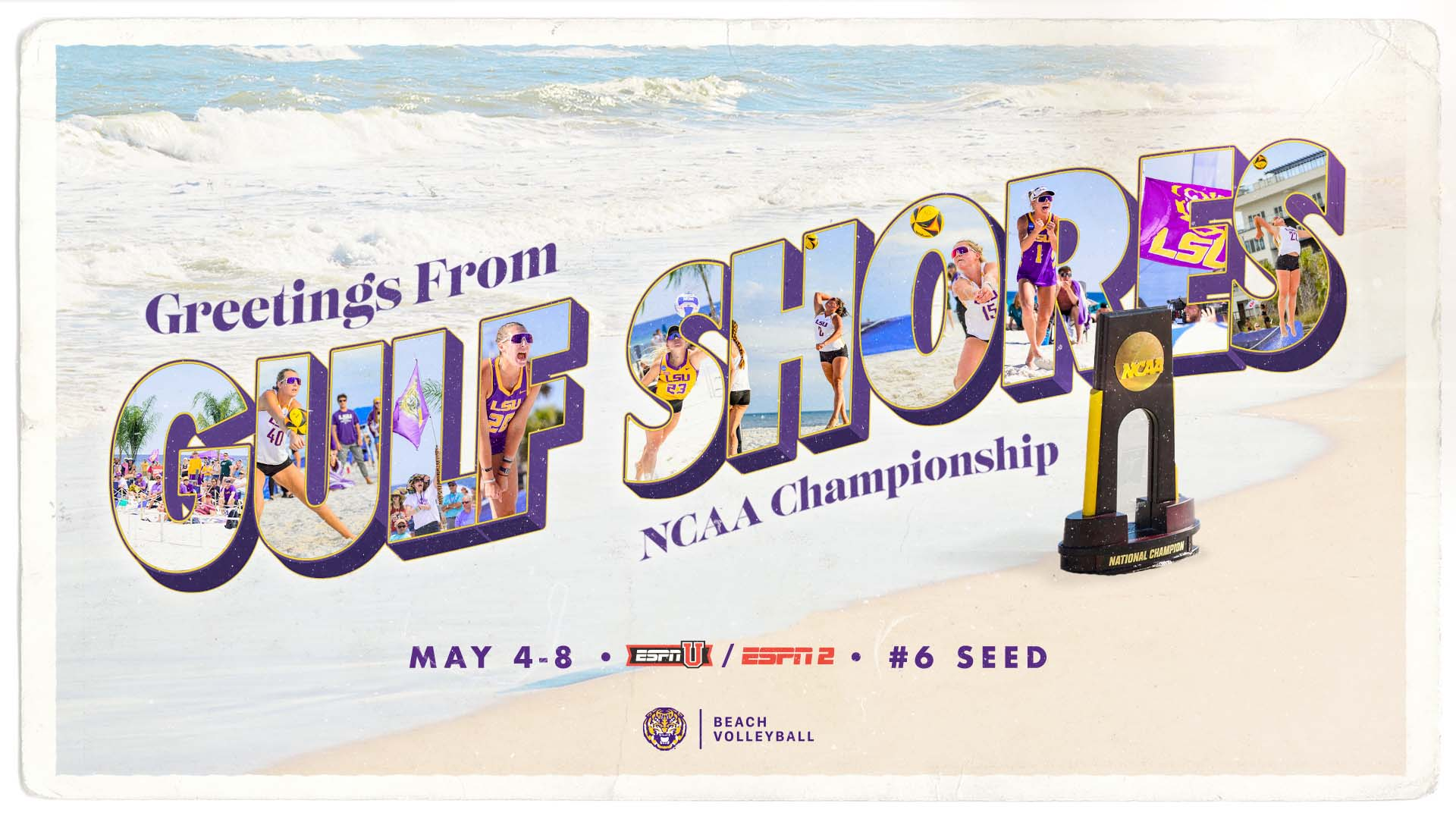 GULF SHORES, Ala. – The LSU Beach Volleyball has earned a spot as the No. 6 Seed in the NCAA Championship and will match up with No. 11 Cal on Wednesday AT 10 A.M. CT in an elimination match.

“To get back to Gulf Shores this year with the ability to play and compete with the teams that are going to be there – that’s all you can ask for is to get a shot,” said head coach Russell Brock.

LSU has made it to Gulf Shores every season since 2017 as one of the top eight teams in the country. This year the field has expanded to 16 teams. Every team will compete on Wednesday in a round of single elimination on ESPNU. The eight teams that survive will begin play on Friday in a double-elimination bracket.

“That kind of pressure is something new that we really have never had before (at nationals,” Brock said. “I don’t think anybody really knows how they’re going to respond, and we have a lot of players who haven’t been there before and won’t know any differently anyways.”

The ESPN family of networks is set to televise every match of the championship and live coverage of each individual court will also be available via ESPN +.

Every year LSU is one of the best represented participants in Gulf Shores with fans all over the region. Baton Rouge and Gulf Shores are separated by just a 4-hour drive. Tickets for the NCAA Championship are available here.

“That’s carried us in years past,” Brock said. “To have that energy and added support, I can’t help but think that it will take us to new heights. In that environment and at the tournament, that’s what you need.”5

The Tigers will enter the NCAA Championship with a 30-10 record, coming off a semi-finals appearance in the CCSA Tournament. LSU won a program-record 27 matches in the regular season and with two more wins the Tigers would set a new program mark for wins throughout a whole season.