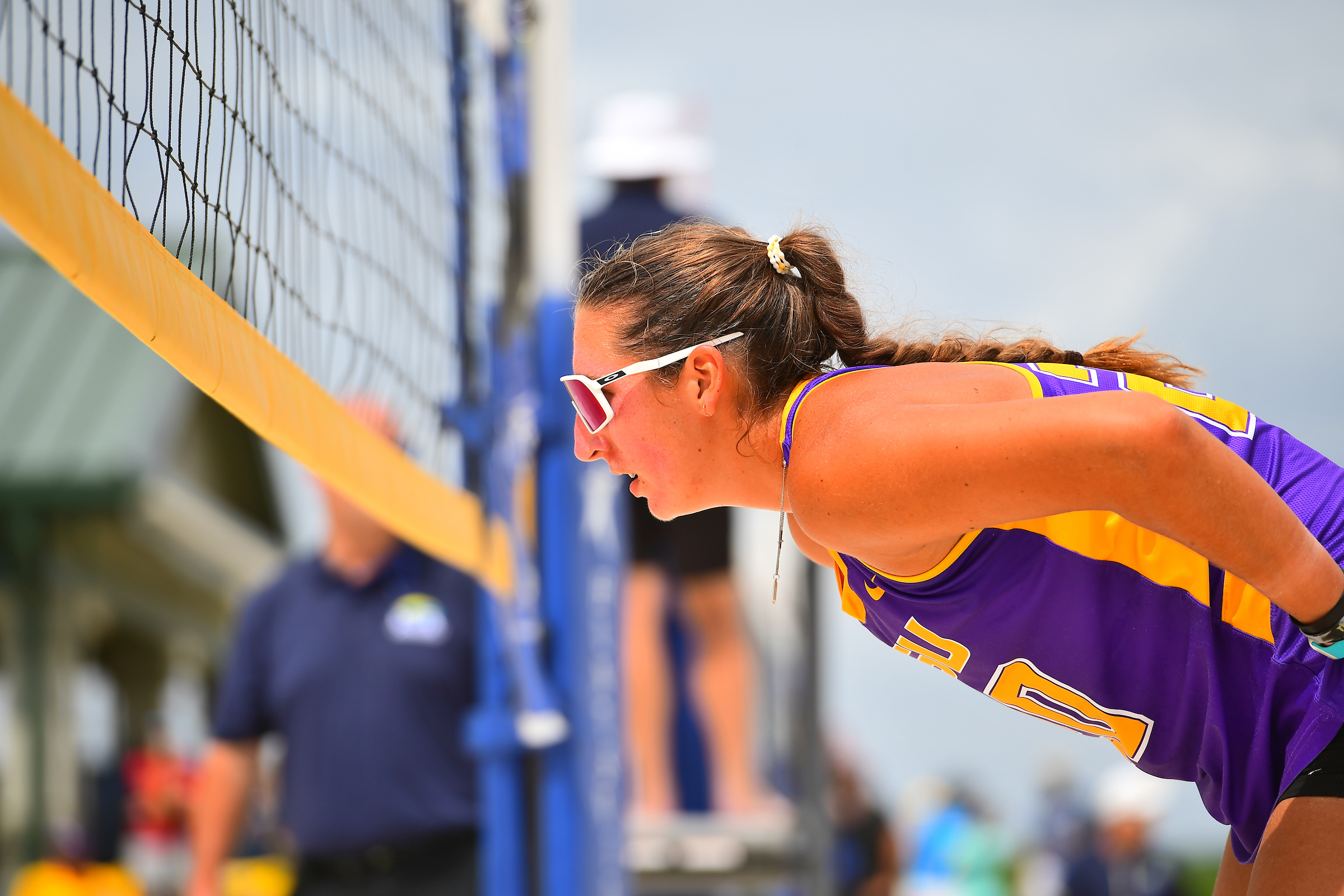 HUNTSVILLE, Ala. – The LSU Beach Volleyball team was defeated by Florida State Saturday morning in the CCSA Semi-Finals.

LSU’s attention will turn to the NCAA Championship Selection Show which is tonight at 8 p.m CT. The Tigers expect to hear their name called as one of the teams in the expanded 16-team field.

From the get-go of Saturday’s match, the Tigers fell behind. LSU lost in straight sets on Courts 1-4 and picked up its only win of the match on Court 5 by forfeit. FSU will square off against TCU in the CCSA Championship this afternoon.

Grace Seits and Ellie Shank fell in straight sets on Court 4, 21-17 and 21-18. On Court 5, Sierra Caffo and Ashlyn Rasnick-Pope lost the first set, 26-24. They were leading in the second set, 12-9 when FSU conceded the match with a spot in championship wrapped up.