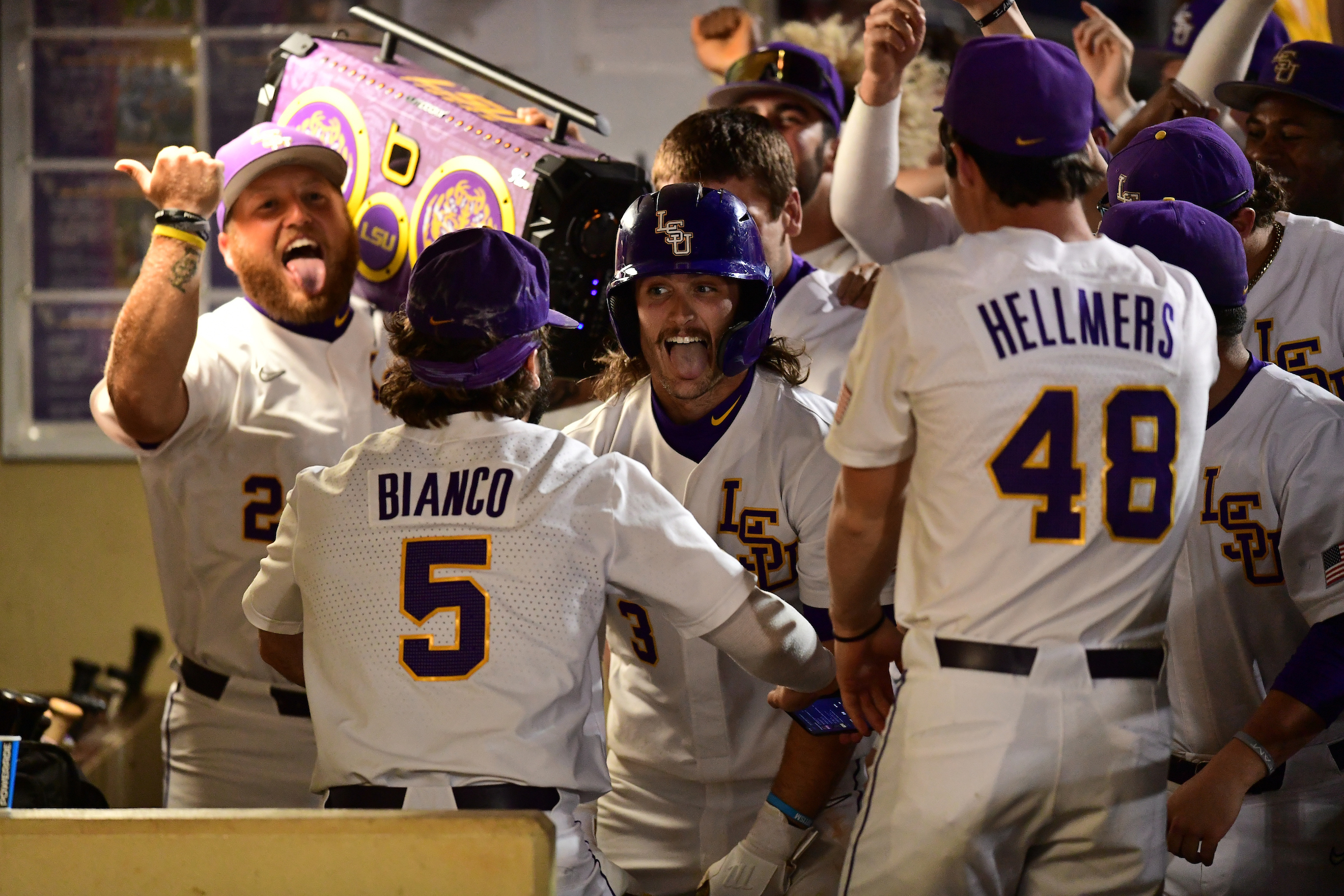 The teams resume the series at 2 p.m. CT Saturday in a game that will be broadcast on the LSU Sports Radio Network and streamed on SEC Network +.

Georgia starting pitcher Nolan Crisp (1-2) was charged with the loss as he surrendered five runs on six hits in 3.1 innings with one walk and three strikeouts.

“Great game tonight,” said LSU coach Jay Johnson. “Ma’Khail was exceptional and demonstrated again why we call him the ace of our staff. He competes with such poise and confidence, and he delivered for us in a huge way against a very good team.”

The Tigers grabbed a 2-0 lead in the bottom of the second inning when catcher Tyler McManus unloaded a two-run homer, his fourth blast of the season.

Georgia, however, tied the game in the top of the third when leftfielder Connor Tate blasted a two-run dinger, his sixth homer of the year.

Second baseman Cade Doughty launched another two-run homer – his ninth of the year – in the third inning to give the Tigers a lead they would not relinquish.

“Another great two-strike at-bat by Cade,” Johnson said. “He got the ball up against Crisp, which you have to do because he does a good job of sinking his fastball. Cade got inside it, and I can’t believe it got out because it was hit so low and so hard, but that’s a testament to Cade’s strength and ability.”

LSU added a run in the fourth on leftfielder Josh Stevenson’s sacrifice fly, and centerfielder Dylan Crews’ solo homer in the seventh increased the advantage to 6-2. The homer was the 11th of the season for Crews.

Gervase earned his fourth save of the season, working 1.1 perfect innings with two strikeouts.