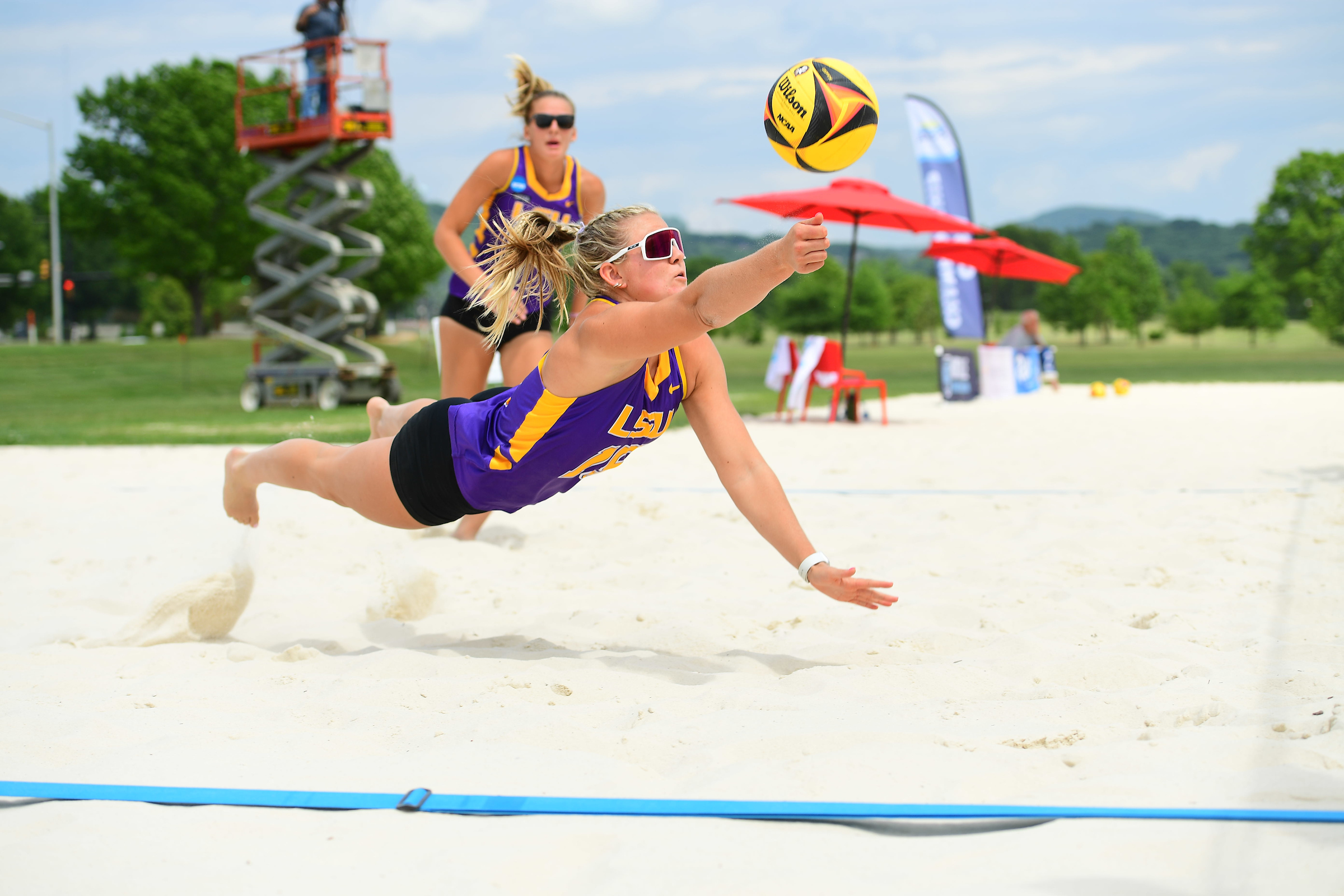 HUNTSVILLE, Ala. – With its back against the wall, the LSU Beach Volleyball team swept through two matches against South Carolina and Tulane on Friday to advance to the semifinals of the CCSA Tournament.

“There was no backup plan,” said head coach Russell Brock, “and I like how we play with our backs against the wall.”

“I’m looking forward to another shot at Florida State,” Brock said. “They are playing really well. They took it all the way down to the wire against TCU, so we know that they are going to be hungry for another shot at them (TCU) as well. It’s going to be a three-way battle royale. We want to play in a way that gives us a shot to beat those teams.”

After the earlier win over South Carolina, Sierra Caffo and Ashlyn Rasnick-Pope got things rolling in the afternoon match vs. Tulane. The LSU duo took the first set, 21-18, before dominating the second set, 21-8. On Court 2, Kylie Deberg and Kelli Greene-Agnew won in set one, 21-15, and sailed to a 21-9 win in the second set. Grace Seits and Ellie Shank clinched the match for LSU on Court 4, 21-19 and 21-15.

In the first match of the day, Kylie Deberg and Kelli Greene-Agnew got LSU on the board first with a 21-13 and 21-16 win on Court 2. Grace Seits and Ellie Shank quickly followed suit on Court 4, 21-11 and 21-15. The Tigers clinched the match when Reilly Allred and JHolly Carlton took care of business in straight sets on Court 3, 21-15 and 21-18.

The winner of the LSU and Tulane match will stay alive in the CCSA Tournament and will take on the loser of TCU and Florida State who are both in the winner’s bracket currently.