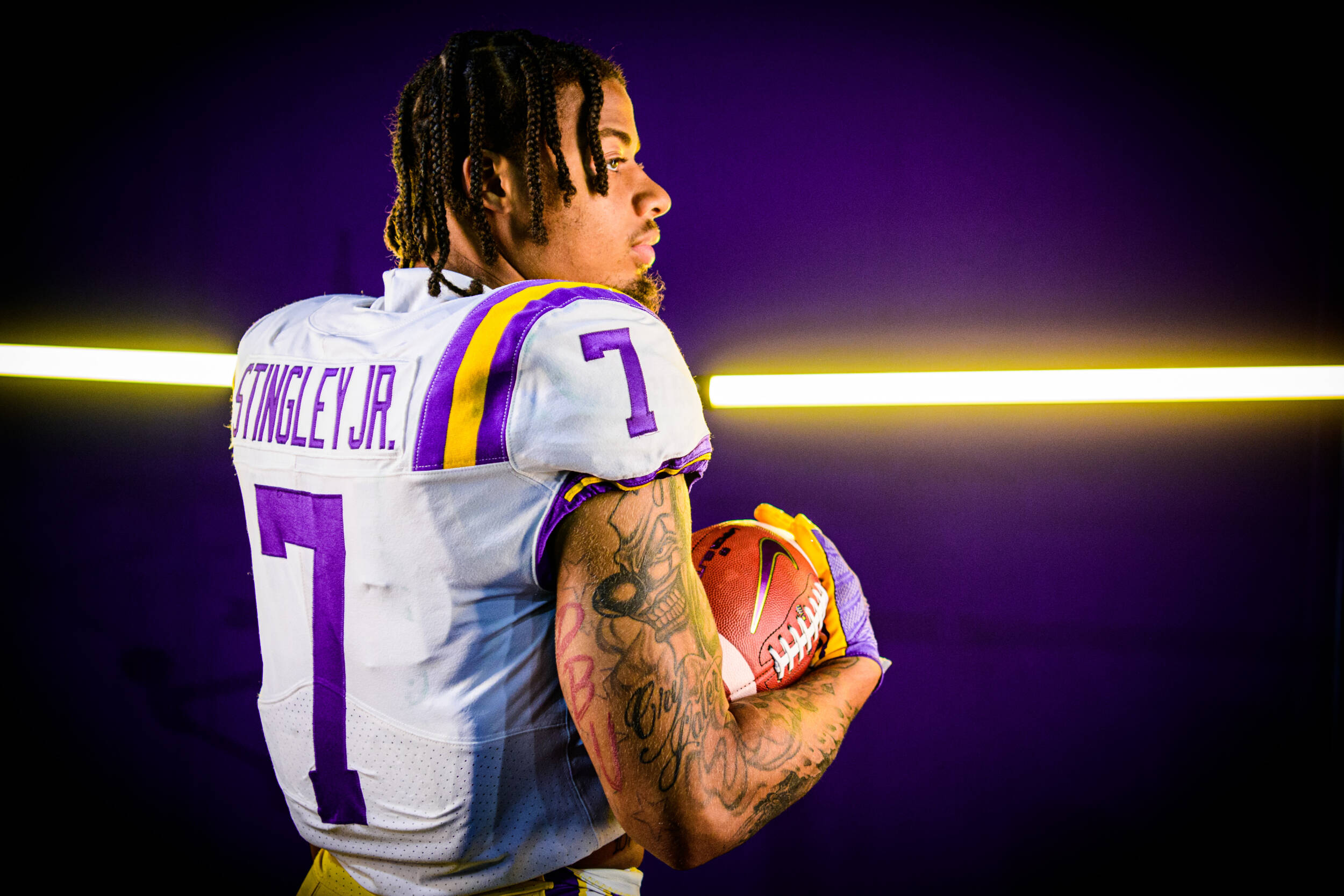 BATON ROUGE – Two-time LSU All-America cornerback Derek Stingley Jr. is now a member of the Houston Texans as the franchise drafted the Tiger standout with the No. 3 overall pick on Thursday night during the first round of the NFL Draft.

When you finally get the call. A moment @stingjr will never forget.

Stingley Jr., a native of Baton Rouge and a product of the Dunham School, becomes LSU’s 49th first round NFL Draft pick. He also ties defensive end Tyson Jackson as the highest-drafted defenders in LSU history. Jackson was selected No. 3 overall by the Chiefs in 2009.

Stingley continues LSU’s DBU legacy as the Tigers have now had five defensive backs picked in the top six of the draft since 2007. All other schools nationally have combined for five players drafted in the top six during that span.

Stingley enters the NFL after a three-year career with the Tigers that saw him start all 15 games during LSU’s undefeated national championship season in 2019. Stingley led the SEC in interceptions with six in 2019 and earned Consensus All-America honors. He was named the SEC Newcomer of the Year in 2019.

The following year, Stingley again was named first team All-America as well as being a first team All-SEC selection for the second consecutive year. He finished his sophomore season with 27 tackles and five passes defended.

Stingley’s junior season in 2021 was cut short after just three games due to a foot injury. In his three years with the Tigers, Stingley started 25 games and LSU was 20-5 in those contests.

Derek Stingley Jr. is tied for the highest defensive player picked in school history at No. 3 overall pic.twitter.com/kAWRbdonis