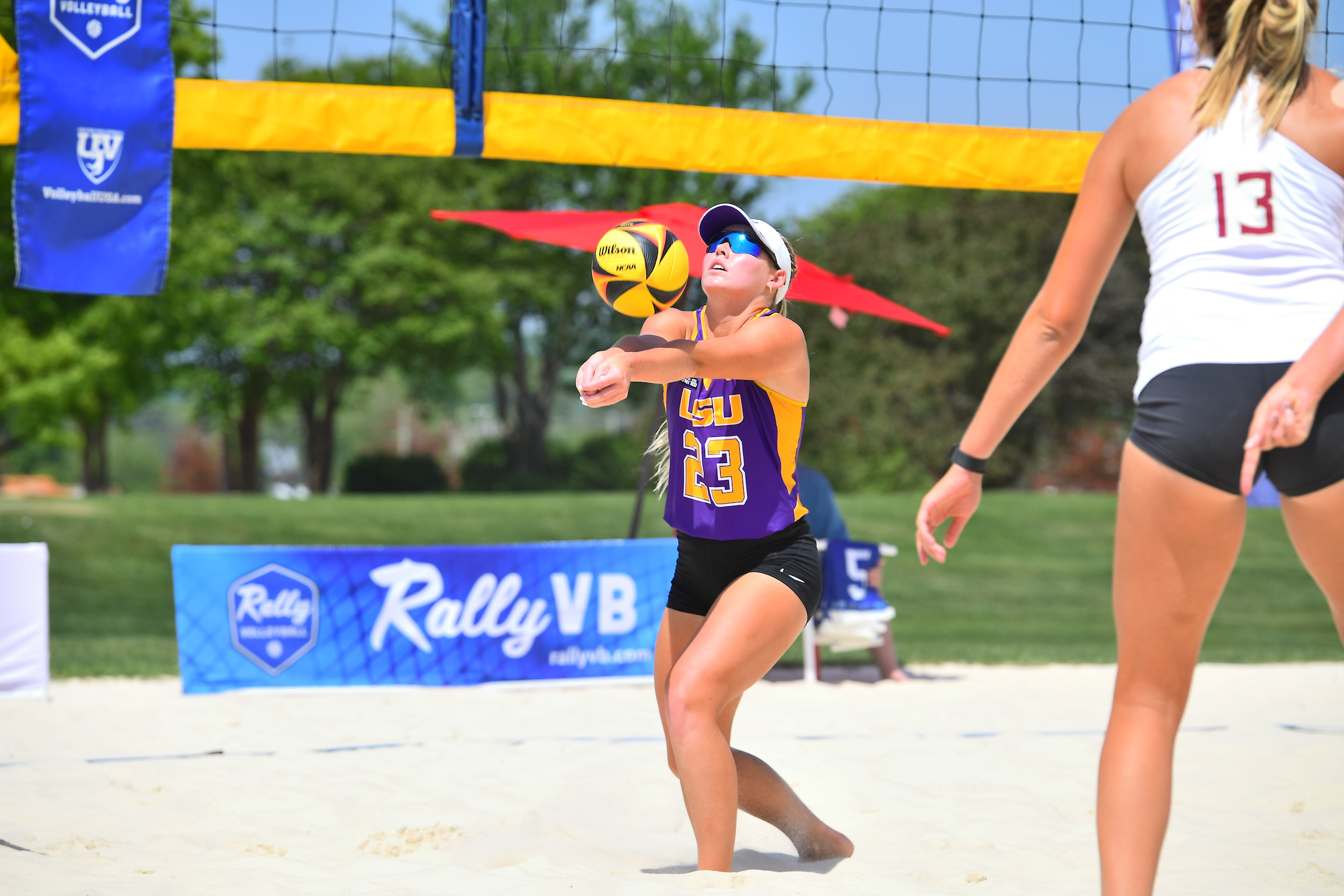 HUNTISVILLE, Ala. – The Tigers were swept by Florida State Thursday afternoon at the CCSA Beach Volleyball Tournament, but LSU remains alive in the double-elimination bracket and will face South Carolina Friday morning at 11 a.m. CT at John Hunt Park.

LSU was dominant in its morning sweep over Missouri State, but the Tigers were unable to carry that momentum into their match against the Seminoles.

“The attitude we had in our first match (against MSU) was just to impose our will to do what we want to do,” said head coach Russell Brock. “We did that in the first match and in the second match (against FSU), we kind of were reactive. We have to be better.

“That’s what we have to do against South Carolina. We have to get back into the space where we are capable and play from that place of confidence and freedom.”

On Court 2, Kylie Deberg and Kelli Greene-Agnew fell in straight sets, 21-19 and 21-16 as Florida State jumped ahead.

After Ellie Shank and Grace Seits dropped the opening set on Court 4, 21-14, they battled valiantly in the second set. Shank and Seits put themselves in a position to force a third set and had multiple set-point serves, but they could not close the set and Florida State came back to take the second set, 25-23. Similarly on Court 1, Bella Bauman and Parker Bracken lost in the first, 21-17, but had an opportunity in the second. They ended up falling though, 24-22, as Florida State took the court and clinched the match.