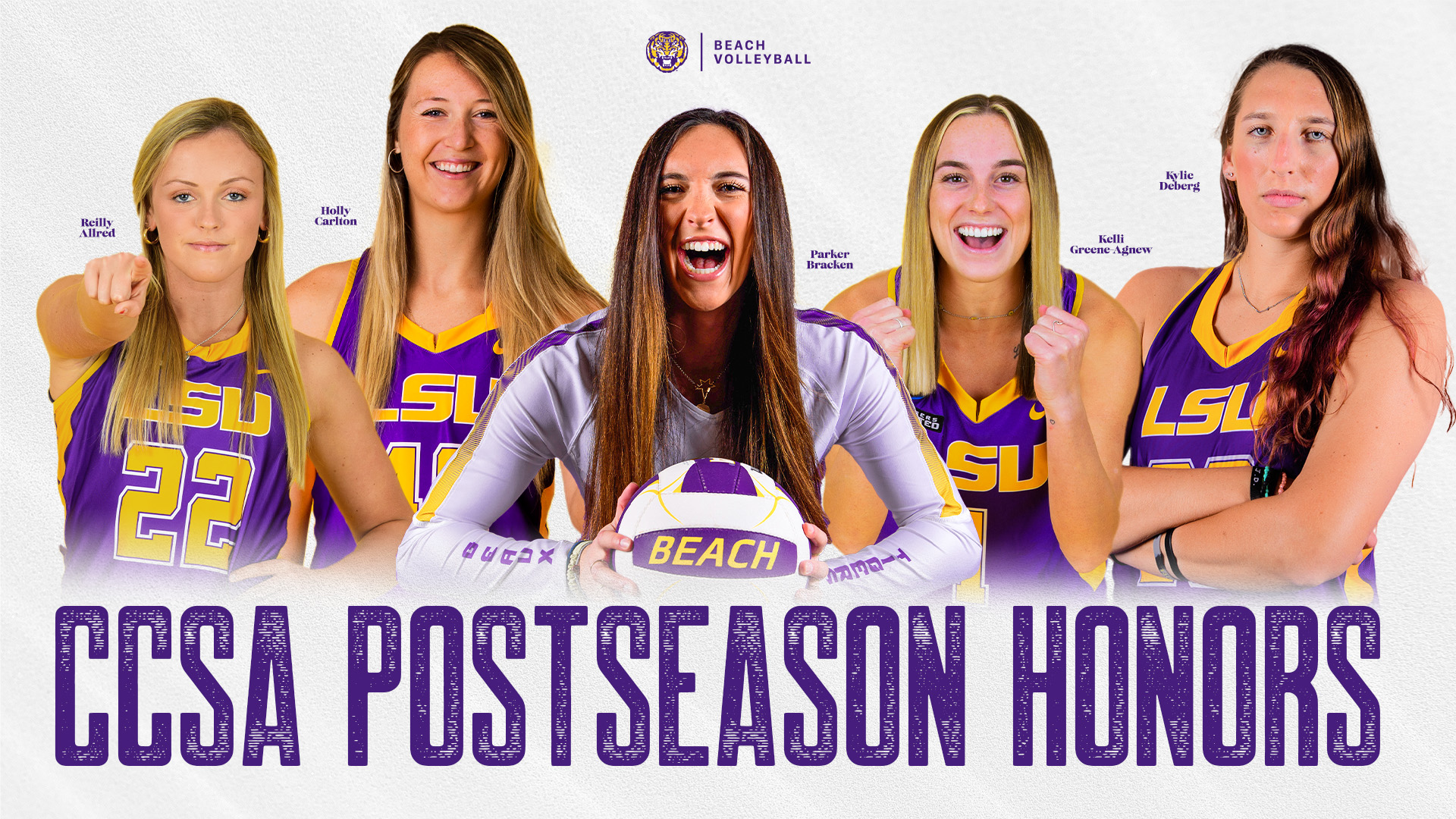 HUNTSVILLE, Ala. – LSU had two beach pairs – Kylie Deberg and Kelli Greene-Agnew as well as Reilly Allred and Holly Carlton – featured on the CCSA All-Conference team and Parker Bracken earned a spot on the All-Freshman team.

Deberg and Greene-Agnew have excelled as an elite duo since teaming up together halfway through the season. With a 14-1 record, the LSU due had played dominant in the sand. They are 10-1 together on Court 2 and have a perfect 4-0 record in matches they have played on Court 3. With a 7-1 record against pairs from ranked teams, Deberg and Greene-Agnew have shown the ability raise their level of play against elite competition. Of their 14 total wins, 10 have come in straight sets.

Bracken has made an immediate impact as a freshman for the Tigers, earning wins on Court 1, 2 and 3. She began her collegiate career with 14 wins in a row, the first 13 of which came in straight sets. Bracken originally teamed up with Deberg and they found great success as a pair, earning AVCA National Pair of the Week the third week of the season after going 4-0 at the Gamecock Grandslam. Bracken has recently teamed up with Bella Bauman on Court 1 and they have four wins together as a pair on the top court.

The Tigers are set to begin postseason play on Thursday in Huntsville when they face Missouri State at 11 a.m. CT in the CCSA Tournament in a double-elimination bracket. The NCAA Championship is scheduled to begin next Wednesday in Gulf Shores. This is the first season of the expanded 16-team field at the NCAA Championship.