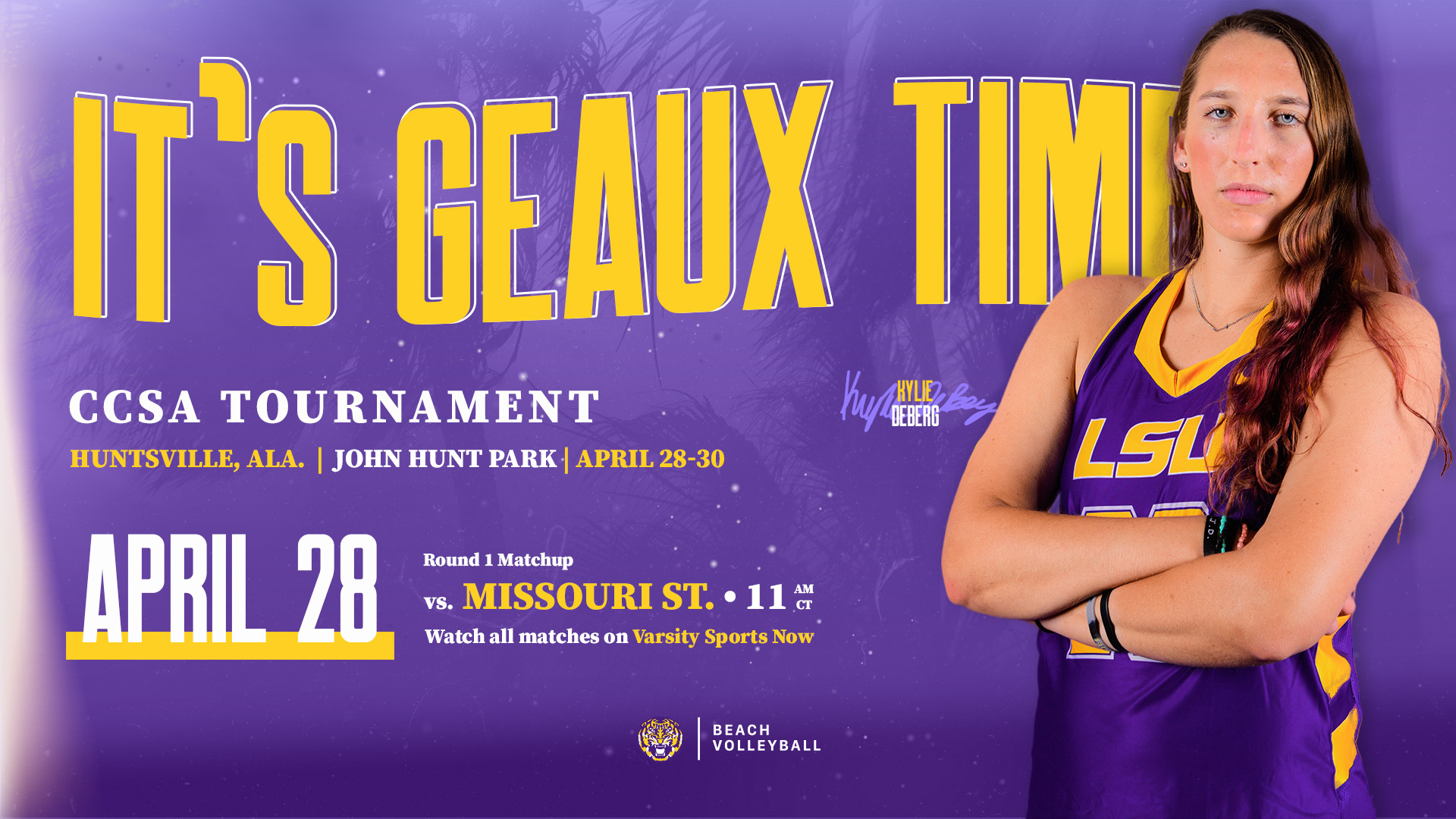 HUNTSVILLE, Ala. – After the winningest regular season in LSU Beach Volleyball history (27-8), the Tigers are set to begin postseason play on Thursday at the CCSA Tournament at 11 a.m. CT against Missouri State.

“We have to play with the mentality and attitude that we’ve been fighting with all year,” said head coach Russell Brock. “We knew that as the season went along we would gain experience which is what we couldn’t have at the beginning of the year. We’ve put ourselves in position all year long to be in battles and to play teams that are really, really talented and in a really competitive way. That’s proven to be, what we feel like, the best preparation to make the run that we want to make at the end of the year.”

The No. 3 seed LSU had its final practice before postseason play begins Wednesday at the John Hunt Beach Volleyball Complex in Huntsville. The CCSA Tournament is a double-elimination bracket and with a win Thursday morning, the Tigers would turn around to face No. 2 seeded Florida State at 2 p.m. Thursday afternoon.

All the matches at the CCSA Tournament will be streamed on Varsity Sports Now.

Two LSU pairs earned CCSA All-Conference honors earlier Wednesday. LSU’s Court 2 pair of Kylie Deberg and Kelli Greene-Agnew played dominantly since being paired up with a 14-1 record, including seven wins over pairs from ranked teams. Reilly Allred and Holly Carlton, LSU’s Court 3 duo, have teamed up for most of the season with a 26-8 record. They have gone 12-7 in matches that have gone three sets.

Parker Bracken earned CCSA All-Freshman honors with a 20-14 record in her first collegiate season in the sand. She won her first 14 matches of the season and the first 13 came in straight sets.

Once the CCSA Tournament is over, LSU will head straight to Gulf Shores in preparation for the NCAA Championship. This is the first year of the expanded 16-team field which will be announced Saturday night. Every team will compete next Wednesday in a round of single elimination and once the field is narrowed to eight team, the championship will shift to a double-elimination format that will begin on Friday.