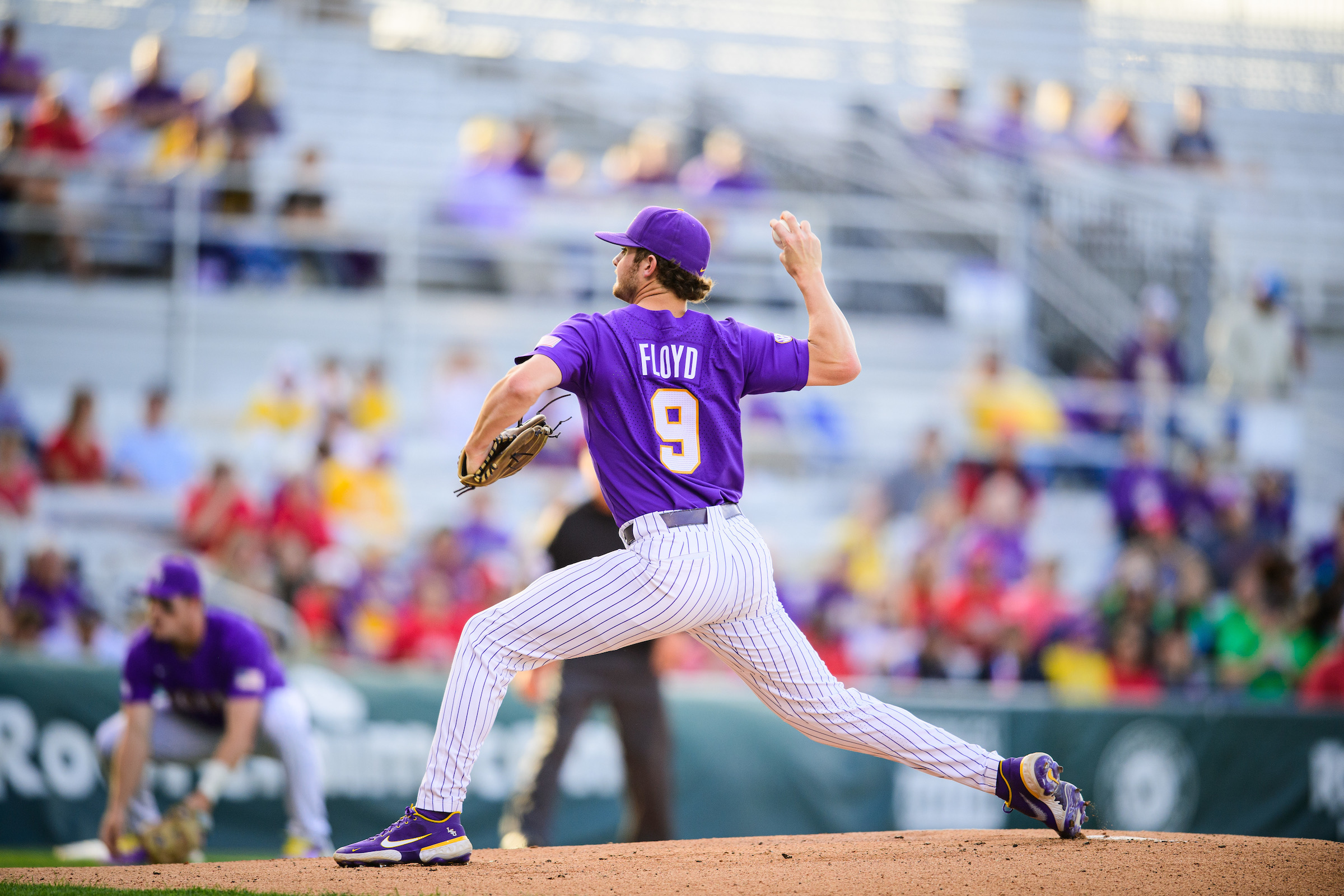 NEW ORLEANS, La. – New Orleans reliever Beau Blanchard limited LSU to two runs on six hits in 7.2 innings Tuesday night to lead the Privateers to a 9-4 win over the Tigers at Maestri Field.

The Tigers return to action at 6:30 p.m. CT Friday when they play host to Georgia in Game 1 of a three-game Southeastern Conference series in Alex Box Stadium, Skip Bertman Field. The game will be broadcast on the LSU Sports Radio Network and streamed on SEC Network +.

Blanchard (1-0) threw 117 pitches in 7.2 innings, allowing two runs on six hits with three walks and six strikeouts. He entered the game in the second inning in relief of UNO starter Collin Horton, who walked four and was charged with two runs in 1.1 innings.

LSU starting pitcher Ty Floyd (4-3) was charged with the loss, as he surrendered four runs – three earned – on four hits in 1.1 innings with two walks and no strikeouts.

“We didn’t handle the baseball the way we needed to early in the game and gave them too many free passes,” said LSU coach Jay Johnson. “UNO has a very good lineup, and they will make you pay when you give them free opportunities.

“I think when some things didn’t go our way early in the game, our guys started to press at the plate and we didn’t produce enough quality at-bats.”

The Tigers opened the scoring in the first inning when leftfielder Josh Pearson walked to open the game and later scored on a throwing error by UNO shortstop Tyler Bischke.

LSU increased the lead to 2-0 in the second on Pearson’s run-scoring double that scored shortstop Jordan Thompson, who had opened the inning with a walk.

UNO, however, struck for four runs in the bottom of the second inning as the Privateers capitalized on two LSU errors. UNO also collected three hits in the inning, including an RBI single by third baseman Kasten Furr.

The Tigers narrowed the gap to 4-3 in the third when DH Tre’ Morgan walked, moved to third on a double by rightfielder Brayden Jobert and scored on first baseman Luke Leto’s groundout.

The Privateers erupted for four runs in the sixth in an outburst that featured a three-run triple by second baseman Amani Larry.

UNO added another run in the eighth on an RBI single by first baseman Anthony Herron Jr. before Pearson’s lead-off homer in the ninth accounted for the final margin.