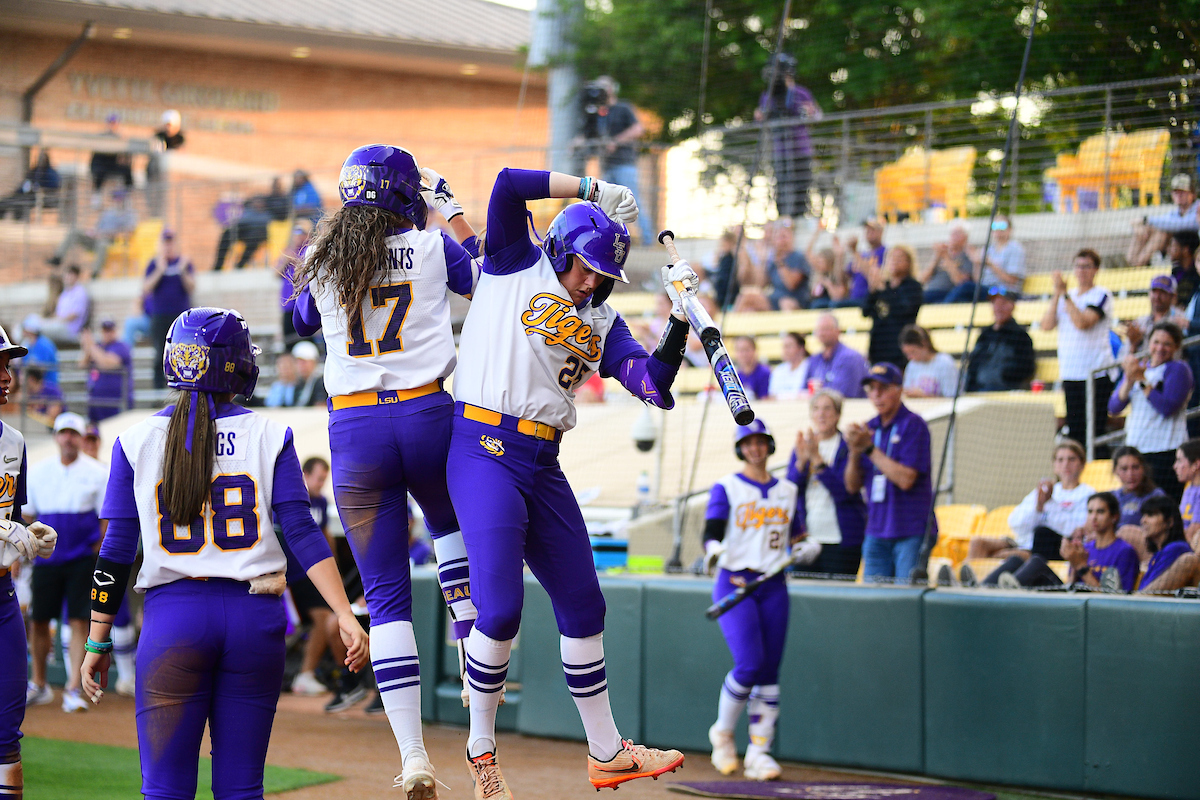 The Tigers offensive production continued as they out-hit the Cowgirls 9-3 and had four extra-base hits, including three home runs to increase their total to 55 dingers this season.

Sophomore Taylor Pleasants led the Tigers with two hits and four RBIs, including a three-run home run in the third inning. Junior Georgia Clark hit her 14th home run of the season and moved to No. 6 all-time in the program’s record book for the most home runs in a single season. Sophomore Cait Calland hit her second career dinger and classmate Danieca Coffey turned in her 19th multiple hit game this season with a 2-for-3 performance at the plate. Coffey also had a team-high three runs scored, and sophomore Ciara Briggs had one hit and two RBIs in the win.

Senior Shelbi Sunseri (7-7) threw her sixth complete game as she rung up three batters and allowed three hits and one run in 5.0 innings of work. Sunseri also had one RBI in the game.

The Tigers scored two runs in the opening inning behind an RBI single from Pleasants and a sacrifice fly from Sunseri. The home team added five runs in the second stanza highlighted by Calland’s first home run of the season and a two-run shot from Clark.

On what went right at the plate tonight…

“I think the team has been doing a good job of swinging well and attacking pitches aggressively. We’re counting back the number of games where they’ve been solid.”

“It’s all thanks to the prep from our staff. Howard (Dobson), Lindsay (Leftwich), and Sandra (Simmons) have been solid. The team has bought in and the more they apply those tools, the more confident they get.”

On what worked tonight…

“We’ve seen pitching well these past two weeks. I think, as an offense, we knew we wanted to give our pitchers some space this game and we were just free-swinging at stuff we knew we could hit.”

On why they see pitchers so well…

“I think we just have a good hitting plan from one to nine. Sydney Peterson got her first home run in the nine-hole when we were at Georgia; from one to nine we have a super solid lineup of people who can just hit balls hard and drive balls through gaps.”

On the approach at the plate…

“Everything that wasn’t working last week worked. I got here early today and worked on staying in my legs more. I realized this past weekend I was getting anxious at the plate, coming up and out of my legs, just having one small focus and styling with that.”

On her home run at-bat…

“It was the same pitcher that I had faced before. I saw two pitches: one was a screwball, and one was a drop ball. The drop ball was a little slower, so I was expecting to get that again because that’s what I got out on. I started off the at-bat with that pitch in the dirt for a ball, and then a screwball outside for a ball. Then a curve in and I was still looking outside. It was called a strike and I wasn’t very happy about it, so I did my release and got back in the box. I was thinking about bunting, but I didn’t and got another off-speed drop. Then, I stayed with my plan of staying in my legs with a two-two count.”