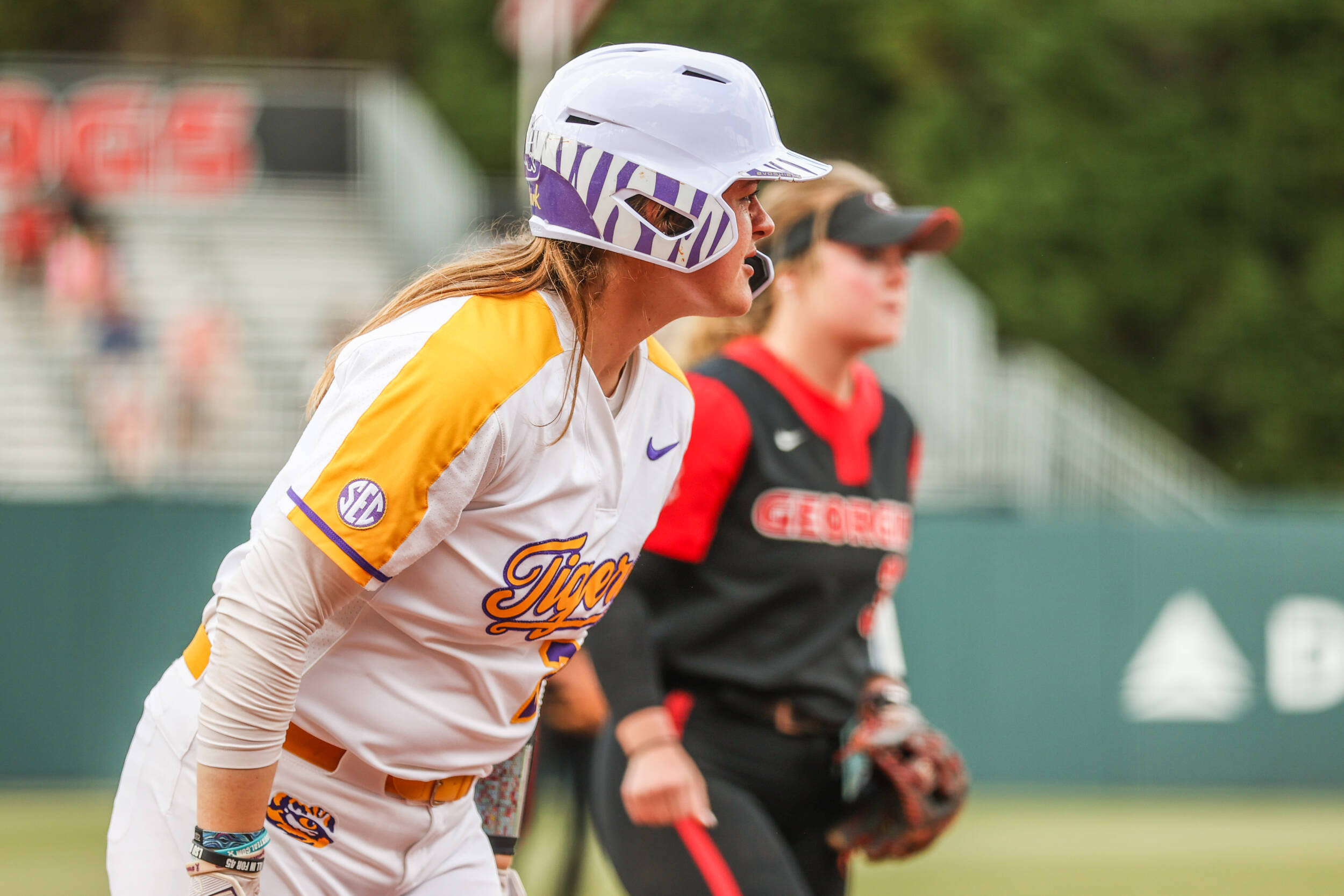 The Bulldogs did their damage early behind a 12-run first inning but was outscored 6-4 the rest of the way. The Tigers recorded eight hits and drew a season-high 12 walks. The 12 walks are tied at No. 2 in the team’s record book for the most walks in a single game.

Sophomores Ciara Briggs (2-for-3), Danieca Coffey (2-for-3), and Ali Newland (2-for-5) each had multiple hits to lead the LSU offense, and junior Georgia Clark tallied her 30th career multiple-RBI game with a three-RBI home run – her 12th dinger this season.

Senior Shelbi Sunseri (6-7) was credited the loss after giving up five runs on four hits with one walk. Junior Shelby Wickersham tossed 5.1 innings and had two strikeouts while relinquishing eight hits and four runs.

Clark got things going for the Tigers with a three-RBI home run in the top of the first, but Georgia responded in the bottom half inning with 12 runs on 10 hits to build a 12-3 lead after the opening inning.

After the Bulldogs scored another run in the second inning, they had a hard time finding the strike zone in the third as LSU walked in five runs, and in the fourth frame, freshman McKenzie Redoutey went yard for the third time this season to pull the Tigers within four runs, 13-9.

LSU could not push across another run after the fourth inning and Georgia added three more insurance runs in the fifth and sixth innings combined to end the game, 16-9.

The series finale between LSU and Georgia will be televised on ESPNU at 11 a.m. CT.