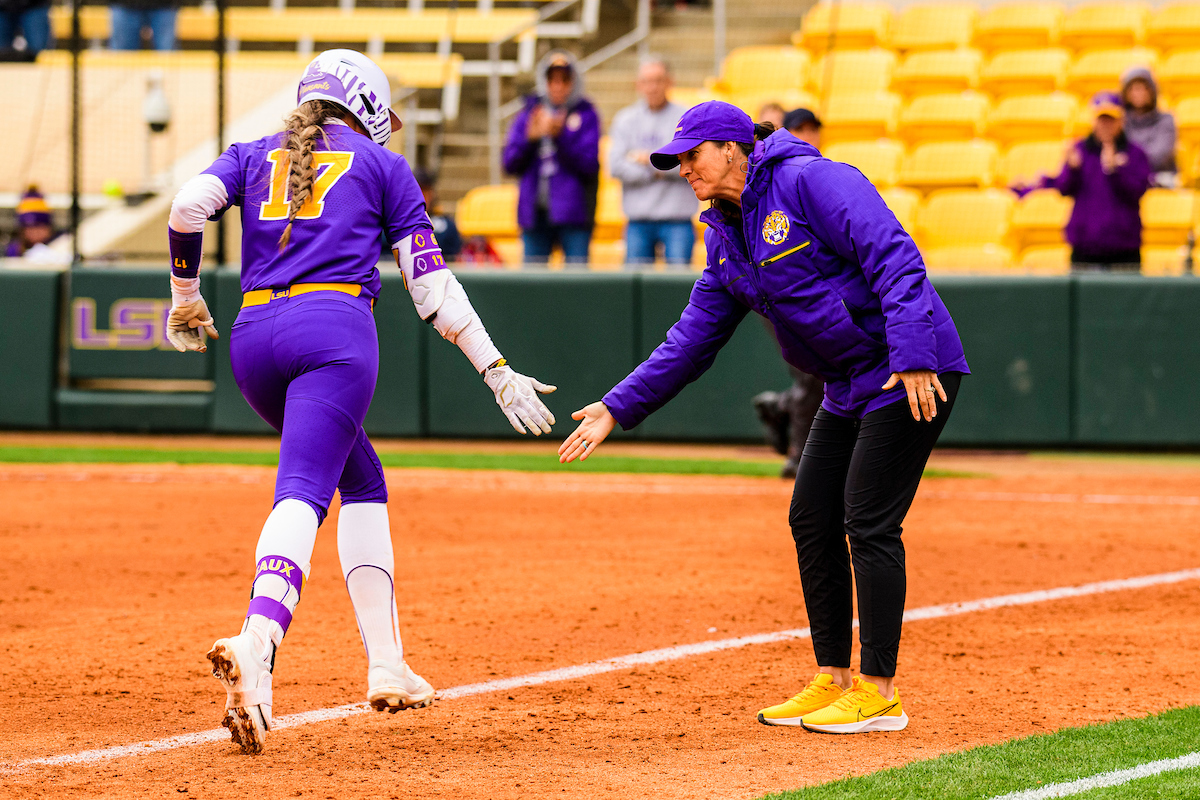 Sophomore Taylor Pleasants turned in her second consecutive three-hit game comprised of a pair of doubles and her tenth home run of the season. Freshmen McKenzie Redoutey and Sydney Peterson was each 2-for-4 at the dish. Redoutey led the team with three RBIs, and Peterson logged her first collegiate home run in the win. Senior Shelbi Sunseri registered her 11th multiple RBI game this season with two ribbies, while extending her hitting streak to seven games.

Junior Ali Kilponen earned the win in the circle and improved to 15-4 after finishing with six strikeouts and allowed four hits, three walks, and one run in her 11th complete game this season.

After two innings with no runs from either team, Sunseri hit a two-out, two-RBI single to put the Tigers on the board in the third inning. In the fifth, Pleasants led off the inning with a double, junior Georgia Clark singled, and later sophomore Ali Newland walked to load the bases. Redoutey then stepped to the plate and cleared the bags with a three-RBI double to put LSU up 5-0 through five innings of play.

The Tigers kept pouring it on in the sixth inning with a pair of solo shots. Peterson led off the inning with her first career home run, and Pleasants followed later with a solo shot of her own to increase the Tigers’ lead, 7-0 after the top of the inning. Georgia scored one run in the bottom half and LSU took a 7-1 lead into the seventh inning.

LSU was able to push one more run across thanks to an RBI walk for sophomore Danieca Coffey, and the Tigers’ defense sealed the game with a pair of groundouts and Kilponen’s final strikeout of the night.

Game two is set for 1 p.m. CT Saturday and will be televised on ESPNU.