Cade Doughty's single gives the Tigers the victory Friday night at "The Box." 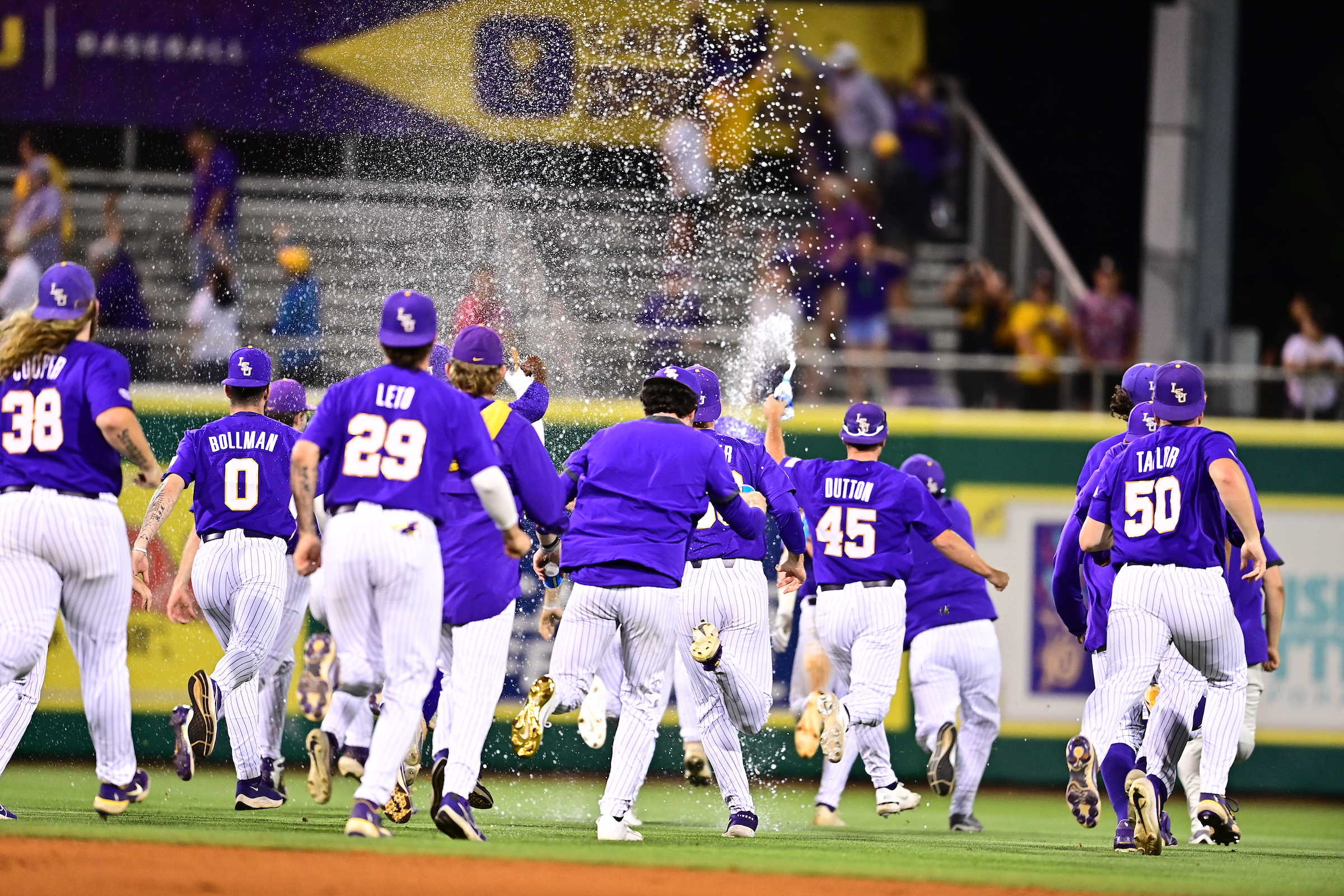 The teams conclude the series at 12 p.m. CT Saturday in a game that will be broadcast on affiliates of the LSU Sports Radio Network and streamed on SEC Network +.

With Friday’s game tied 3-3 in the bottom of the 10th inning, pinch hitter Josh Stevenson led off with a double to left-center field, and he moved to third base on centerfielder Dylan Crews’ groundout.

Missouri elected to intentionally walk third baseman Jacob Berry, and Doughty followed with a line drive into left-center field to score Stevenson with the game-winning run.

“It was a great at-bat to start the inning by Josh,” said LSU coach Jay Johnson. “I thought he was a good fit in that situation to get us going, and he gave us a huge at-bat. Dylan is a team-first guy, and he did a great job of moving to Josh to third with an unselfish at-bat. Dylan is a very mature player, and that was reflected in that at-bat.

“Cade is a great player who has come up with clutch hits for us all season long, and he delivered again in high-pressure situation.”

The win was LSU’s second walk-off victory of the season – the Tigers posted a walk-off win over Oklahoma on March 4 in Houston on a homer by shortstop Jordan Thompson.

Missouri reliever Austin Troesser (3-1), who entered the game at the start of the 10th inning, was charged with the loss as he allowed one run on two hits in 0.1 inning.

LSU reliever Riley Cooper (3-2) earned the win, working the final 1.1 innings and limiting Missouri to no runs on two hits with one strikeout.

Crews gave LSU a 1-0 advantage by leading off the first inning with his 10th homer of the season, but Missouri scored a pair of unearned runs in the third against Tigers’ starting pitcher Blake Money.

Designated hitter Brayden Jobert tied the contest in the fourth with his 11th homer of the year, and the Tigers took the lead on a solo dinger by catcher Tyler McManus, his third of the season.

Missouri third baseman Luke Mann launched his 10th homer of the season in the eighth to tie the game at 3-3.

“Close games come down to fundamentals and the character of your team,” Johnson said. “We’ve made a point this season to emphasize that we’re not only going to be good in close games, we’re going to be comfortable in playing them, and I thought the poise of our players was outstanding tonight.”