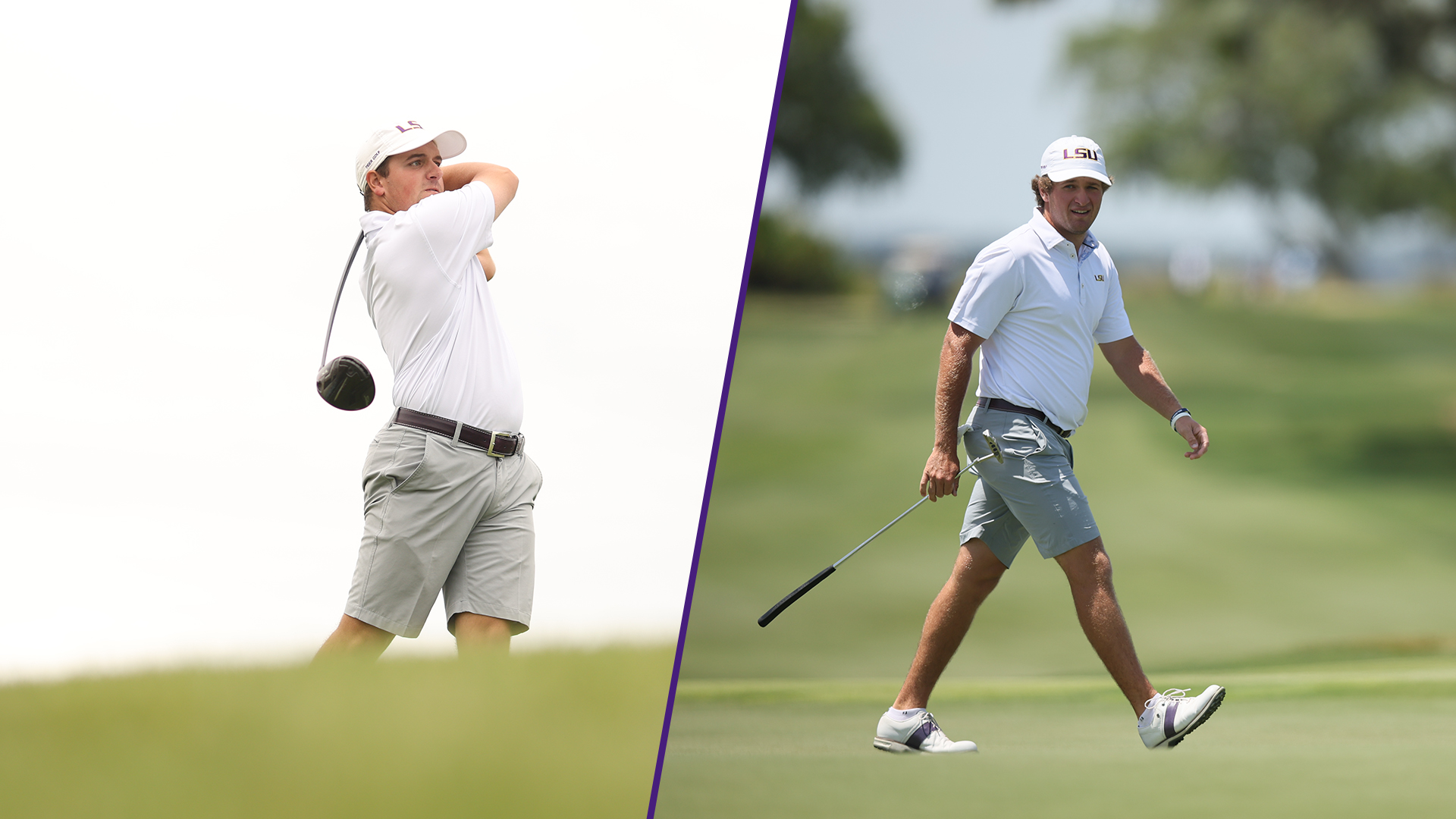 St. Simons Island, Ga. – The No. 25 LSU men’s golf team carded a 4-under 276 in round two of the SEC Championship at the Sea Island Golf Club on Thursday afternoon. The 4-under 276 performance takes the team’s score to 7-under 553 and a spot of third place on the team leaderboard. On the individual leaderboard, the Tiger trio of Garrett Barber, Drew Doyle, and Cohen Trolio will enter tomorrow’s final round at 3-under 137, three strokes behind the leader in a tie for 8th place.

Barber played a flawless round of golf as he grabbed two birdies and a season-high 16 pars to finish the day at 2-under 68 to take his total score to 3-under 137 and a share of 8th place. The 2-under 68 score was matched by teammate Nicholas Arcement, who grabbed four birdies and moved his overall score to 2-over 142 and tied for 35th on the leaderboard.

Doyle and Trolio both finished the day at even par 70 to stay in the individual title hunt at 3-under 137, tied for 8th with fellow teammate Barber and three strokes behind the leader. LSU’s dropped score for the round came from Michael Sanders, who shot a 2-over 72 and moved to 6-over 146 and a share of 54th position.

No. 3-ranked Vanderbilt currently sits on top of the leaderboard with a 13-under 547 after two rounds. Individually, Texas A&M’s Phichaksn Maichon currently sits as the solo leader with a 6-under 134 card.

Statistically, Barber has one of the steadiest cards in the field thus far as his 29 pars place him tied for 3rd in the field in that category. For Doyle, he currently sits tied for 2nd place in par 4 scoring amongst the field at 3-under and his eight birdies are tied as the 6th most in the field. Trolio enters the final round with 27 pars, the 8th most in the field, alongside a 1-under score on Par 3s that is tied for the 4th lowest in the tournament.

The third round of the SEC Championship will start for the Tigers at 8:40 a.m. CT as they tee off from hole one in 10-minute increments in the following order: Michael Sanders, Nicholas Arcement, Drew Doyle, Cohen Trolio, and Garrett Barber. The Tigers will play alongside Vanderbilt for the second consecutive day and Florida for the first time this week.